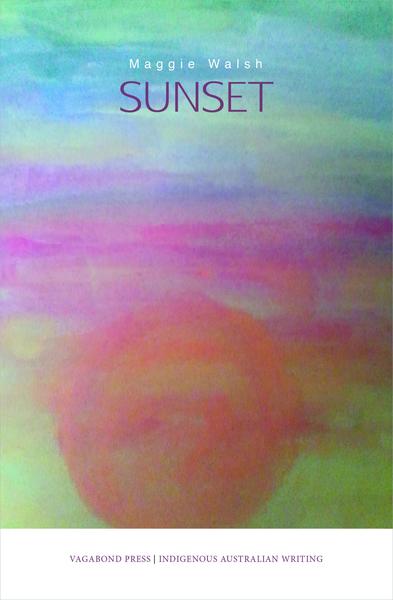 Maggie Walsh is a Bwcolgamon woman from the First Nations community of Palm Island, a tropical paradise located in the Great Barrier Reef only sixty-four kilometres northwest of Townsville. But this is a paradise with a troubled history since European settlement – with a lack of jobs and housing, and a tragic reputation for violence and disadvantage. In 1999, for example, the Guinness Book of Records named Palm Island as the most violent place on earth outside of a combat zone.

This shocking impact of colonialism reminds me of Borroloola, in the Northern Territory’s Gulf of Carpentaria, where I have strong connections to Indigenous people and Culture. Borroloola has been home to four surviving language groups, since around 1900, by which time massacre and dispossession had severely disrupted First Nations life. I have often heard non-Indigenous ‘commentators’ criticise Borroloola for its ‘loss’ of Traditional Culture and Languages. Borroloola is often compared unfavourably with the more ‘functional’ and ‘traditional’ Indigenous communities found in Arnhem Land. This is as though First Nations people are to be blamed for their own devastating colonial contacts that, in the case of Borroloola, date back to the 1860s when the Gulf country became a thoroughfare for the cattle industry.

Like Borroloola, isolation did not spare Palm Island from the devastation of colonialism. In 1770 Captain Cook estimated the number of people on the island to be around two hundred. This population was decimated through the nineteenth century, by the pearling and trepang (sea cucumber) industries, to around fifty people by 1900. And from 1920 through to the 1960s, as with the Queensland community of Yarrabah, the island was used by the Government as a penal settlement for Indigenous people considered guilty of being disruptive. During this time more than one thousand people, from more than fifty-seven language groups, were relocated to Palm Island, so that the population today is around five thousand.

Maggie Walsh does not identify with the Manbarra people (the Traditional Owners) of Palm Island; but she does identify as a Bwcolgamon woman (Bwcolgamon is the Manbarra name for Palm Island). Writing from a place with such a disrupted and devastating history of colonial contact is obviously going to be a highly fraught and difficult proposition. One might, quite reasonably, anticipate the combative and proud Murri voice of a Lionel Fogarty, or the lyrically interrogative voice of an Oodgeroo Noonuccal or Samuel Wagan Watson. Instead, Maggie Walsh surprises us all. She writes in a style reminiscent of the popular English poet, broadcaster and entertainer, Pam Ayres. Maggie Walsh does not shy away from the political and socio-economic realities of life on Palm Island but her techniques are an exuberant use of narrative, humour and pun all tuned to an amusing ear for rhyme.

In ‘A Tapestry of Words’, Walsh tells us:

In creating these ‘stories’ so ‘overflowing with happiness and gladness’ Walsh sings many hymns of praise to Palm Island. In ‘Jetty’ she writes:

The spacing of these lines, that gives so much air between each run of words, is a beautiful image of the exuberance of bodies flying through the air as they backflip off the jetty into tropical waters – into ‘memories of my beloved home’.

There are many poems here that express this sense of love for Country; a poetics of belonging to place that is so sympathetically attuned to natural rhythms and seasons as people camp, hunt, recreate and confirm those familial bonds both with each other and with country.

‘Better Put The Billy On’ is a wonderfully intimate portrait of a couple easing their way into an evening spent round a campfire:

A campfire is the focus of so much familial gathering for cultural performance and practice. It is not surprising, therefore, that there are many references, in Indigenous stories, to the phases of the moon, and to celestial constellations. Maggie Walsh concludes, ‘Better Put The Billy On’, with her own subtle reference to this rich tradition:

While in, ‘A Stroll On The Beach’, she writes:

Pages: 1 2
This entry was posted in BOOK REVIEWS and tagged Maggie Walsh, Phillip Hall. Bookmark the permalink.
Phillip Hall lives in Melbourne’s Sunshine where he is a passionate member of the Western Bulldogs Football Club. His publications include Sweetened in Coals (Ginninderra Press), Borroloola Class (IPSI), Fume (UWAP) and (as editor) Diwurruwurru: Poetry from the Gulf of Carpentaria (Blank Rune Press). He is currently working on a collection of ekphrastic poetry, inspired by an Objectivist poetics, which celebrates Melbourne’s western suburbs while tackling such issues as mental health and sport as performance art.