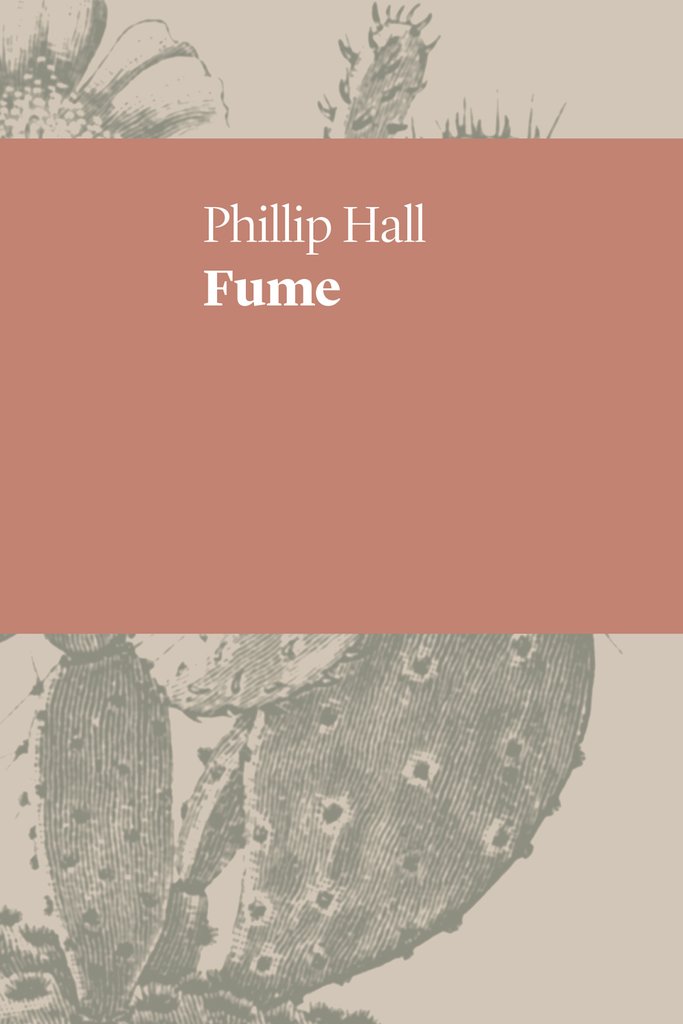 This review was developed in consultation with Cordite’s Guidelines for Indigenous Writing and Editing.

Phillip Hall’s Fume is rare for the raw, fresh force and integrity of experience that lies behind the poems. Fume was largely written during a period of five years (2011 – 2015) that Hall and his wife Jillian spent in Borroloola in the Gulf of Carpentaria, where Hall worked as a sport and camp teacher in a role focused on activities for local Indigenous kids. The poems are framed by two personal essays, ‘Bad Debt’ and ‘The Stick’, which orient the reader by providing biographical and local context. As Hall observes in these essays, indigenous youth and elders in Borroloola continue to suffer daily from historical, structural and intentional white racism. In Fume, Hall provides a personal testimony to the intensity of this trauma. In the last two years of his stay, Hall was treated for mental illness arising from the suffering he witnessed in Borroloola – a fact that underscores its extremity for the Indigenous people who undergo that trauma directly.

Many years ago, I spent a few months in Arnhem Land, learning from speakers of the Bininj Gun-wok language. During my time there I was directed to read Richard Trudgen’s book Why Warriors Lie Down and Die, which first brought home to me the severe consequences of ongoing and original trauma for Indigenous health and wellbeing. Like Hall, I also witnessed the joy of ‘two-ways’ education at work, led by an Indigenous principal and teachers. This is a model that, in opposition to colonial assumptions, proudly supports primary learning in Indigenous cultures and languages (including Kriols). In this context, formal English serves as a bridge for Indigenous kids to choose to connect with the non-Indigenous world. Two-ways education encourages learning that grows from the ground of Indigenous knowledge that even the youngest kids bring with them to any formal classroom. Hall drew on a similar principle in the Indigenous story-telling group he worked with in Borroloola, called Diwurruwurru or ‘message stick’; the group’s members expressed what they wanted to say, in the language they chose to say it in.

As Hall describes in ‘The Stick’, he arrived in Borroloola with the understanding that ‘First Australians must be listened to. You cannot work [in partnership with Indigenous people] successfully if you do not first sit down and listen’. Fume provokes many questions in response to this act of listening. What is the nature of such listening? What does it mean for a non-Indigenous person to listen to Indigenous peoples’ experience and knowledge? An answer might begin with the fact that listening first requires a speaker: it positions the Indigenous speaker as the possessor of sovereign knowledge and experience that may be shared, or not shared, as she or he decides. But where the listener is white, the act of listening is shadowed by the possibility of the appropriation of Indigenous knowledge and experience, on the one hand, and on the other, a too-easy resolution of colonial shame. Fume is keenly aware of both dangers. Hall admits to having been driven by a desire to ‘empower Indigenous youth to make their own choices … and to assert their own choices and culture’ – and having learned from a Gudanji elder, Nana Miller, who adopted him as kin, to ‘embrace … humility’ with respect to that desire.

I first read Fume alongside Ali Cobby Eckermann’s splendid Inside my Mother (Giramondo, 2015), in order to hear them together: a celebrated, female, Indigenous poet, and a male, non-Indigenous poet, each using the lyric mode to bear witness to the cross-generational and daily effects of trauma on the custodians of Country. Eckermann’s poems feel gentle, spacious – questing and questioning – but patient, as if written from a place beyond, or beside anger. Fume, as the title suggests, contains poems written in the aftermath of an anger that remains.

Though very different, both are strong works: they are spiritually powerful and affecting. A spiritual meaning is particularly present in the word strong as used by Indigenous speakers. As Hall notes in his introduction, ‘Bad Debt’, massacre sites are ‘strong places’ for Indigenous people. But strong can be positive also, as it is in a poem by Hall’s Indigenous kin younger sister, Trishanne, cited in ‘The Stick’:

The word ‘strong’ provides a glimpse of how deeply Indigenous varieties of English – and the Kriol languages they give rise to, when kids begin to speak them as their first language and make them their own – are inhabited by ancestral memory. Their meanings have been shaped by Indigenous languages and cultures from the start of contact history. They are deeply resonant.

Listening to the many poems in Hall’s book that convey the words of indigenous friends in Aboriginal English, such as ‘Millad Mob Da Best!’, the non-Indigenous reader needs to work hard to hear the resonant depths of these words and their meanings:

A glossary is provided for words that come from local languages. But dem, dat and other half-familiar words remind the reader that Indigenous languages have different sound systems from the standard English one, and those systems have changed the English sounds. Another word, ‘millad’, as in ‘millad mob’ (meaning we, us, ours), seems to remember the English used when colonisation first began, and has turned it into an expression of Indigenous solidarity, belonging and resistance. (Interestingly, there is a fine distinction made in many Indigenous languages between ‘we’ including you, and ‘we’ excluding you).

Poems such as the one above are important for their representation of Indigenous speakers, with their explicit permission (as recorded in the book). These poems try to pay respect to the many dimensions of Indigenous worlds – worlds that exist in the same spaces as non-indigenous ones – and dimensions that can only begin to be intuited in their difference and complexity through listening to their words.

Pages: 1 2
This entry was posted in BOOK REVIEWS and tagged Judith Bishop, Phillip Hall. Bookmark the permalink.
Judith Bishop has published two books of poetry, Event (2007, Salt Publishing) and Aftermarks (2011, Vagabond Press). Bishop won the Anne Elder award and was shortlisted for the CJ Dennis Prize, the Judith Wright Calanthe Award, and the ASAL Mary Gilmore Prize. She lives with her family in Sydney, Australia.