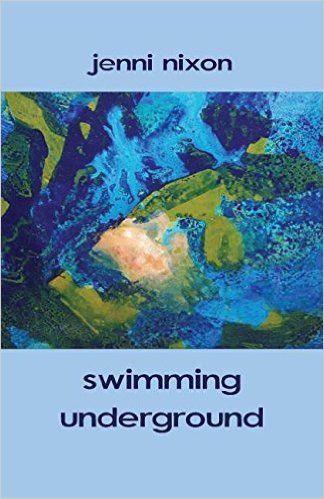 The Edge of Winter, by Connie Barber
Ginninderra Press, 2015

Being Martha’s Friend, by Meg Mooney
Picaro Press (an imprint of Ginninderra Press), 2015

These three poets, who exist outside university creative writing and humanities faculties, have ‘chosen’ a publisher independent of Australia Council arts funding and have been somewhat neglected by critical attention and awards recognition. All three poets collect richly lyrical and narrative poetry that praises the natural world and interrogates different aspects of our ability to live in it respectfully. All three collections are beautifully presented and feature stunning cover artworks that reveal each poet’s preoccupations and intentions.

The cover of Connie Barber’s The Edge of Winter features her own idyllic, if very conventional, painted winter creek-bend on the edge of suburbia. Meg Mooney’s book also has a bespoke artwork, by Sally Mumford – a drawn portrait of the poet smiling admiringly at her Indigenous friend, Martha. Swimming underground by Jenni Nixon presents an abstract expressionist picture by Rosemary Raiche that reverberates with all the energy of John Olsen’s Sydney Harbour landscapes. Each cover reveals a poetics of praise and a determination to communicate accessibly while locating in their respective settings the imagery necessary to explore such human concerns as relationships, old age and loss, environmentalism, racism, urban and remote living.

Nixon’s swimming underground opens with the energetically evocative and fast-paced Sydney poem, ‘harbour spin’, but Nixon is not content to just sit back and describe this ‘city that never comes to an end’. As she responds to the frenetic and culturally enriched urban space she also has a keen eye for its paradoxes of social justice:

And while I would delete the full-stops from these lines that are written without other traditional punctuation markers (what do they add to a poem that is not already achieved by the line division?), Nixon is successful in juxtaposing the movement, wealth and poverty of a city like Sydney.

Nixon’s book includes many narrative poems that sensitively respond to the opportunities, and often-tragic consequences, of her family’s involvements in the First and Second World Wars. Of these poems, ‘a question of spirit’ is a real highlight. This poem opens with the unforgettable:

To these family memoirs, that situate the personal so effectively within Australia’s wartime past, Nixon adds historical narratives on such movements and people as the Sydney Gay and Lesbian Mardi Gras, Arthur Stace (Sydney’s ‘Mr Eternity’) and the convict past. In ‘borderlines’ she also writes movingly of the current refugee crisis in Australian public policy and of the apathy of too many voters:

While in ‘frontier wars’ Nixon juxtaposes memories of her Nanna knitting with the need for protest and resistance:

As Nixon says: ‘complaints grow woven together / strand by strand’.

Meg Mooney, in Being Martha’s Friend, also makes effective use of narrative form and juxtaposition as she writes her descriptions of fragile Central Australian arid environments, celebrating her time spent camping and collecting bush tucker with Martha and other Indigenous friends. And, again like Nixon, Mooney is not content to merely recount and praise, as she also develops a subtle poetics of dwelling. Mooney knows only too well that the country around Alice Springs is ‘criss-crossed / with lines of tragedy / and in the town at the centre / they explode’. Amidst so much colonial damage, Mooney advocates evocatively for mutual respect between non-Indigenous and Indigenous Australians and for time spent together while learning about each other’s culture. When camping with Indigenous friends she describes in ‘Along way across the plateau’ how:

In experiencing such welcome to country Mooney knows that she is enriched:

In such poems as ‘Ilpili’, ‘For the Future’ and ‘Mostly loss’, Mooney celebrates such initiatives as the Indigenous Ranger Program and ‘Two-Ways Learning’ to not only care for country but also affirm culture and educate Indigenous youth. As she writes in ‘A different history’, it is when visiting country and camping that joy, amidst so much ‘sorry business’, can at last flourish:

Connie Barber’s poetry is centred on the winter landscapes of Melbourne’s Merri Creek as she locates in this natural environment the imagery she needs to explore her concerns of old age, loss, hope and renewal. In ‘Ninety Soon Enough’ Barber writes:

These are the opening stanzas of a wonderful short lyric that so effectively employs the space between words and line division in order to prevent punctuation from controlling or corralling the progression of language in the same way that we are unable to halt the flow of time.

Pages: 1 2
This entry was posted in BOOK REVIEWS and tagged Connie Barber, Jenni Nixon, Meg Mooney, Phillip Hall. Bookmark the permalink.
Phillip Hall lives in Melbourne’s Sunshine where he is a passionate member of the Western Bulldogs Football Club. His publications include Sweetened in Coals (Ginninderra Press), Borroloola Class (IPSI), Fume (UWAP) and (as editor) Diwurruwurru: Poetry from the Gulf of Carpentaria (Blank Rune Press). He is currently working on a collection of ekphrastic poetry, inspired by an Objectivist poetics, which celebrates Melbourne’s western suburbs while tackling such issues as mental health and sport as performance art.