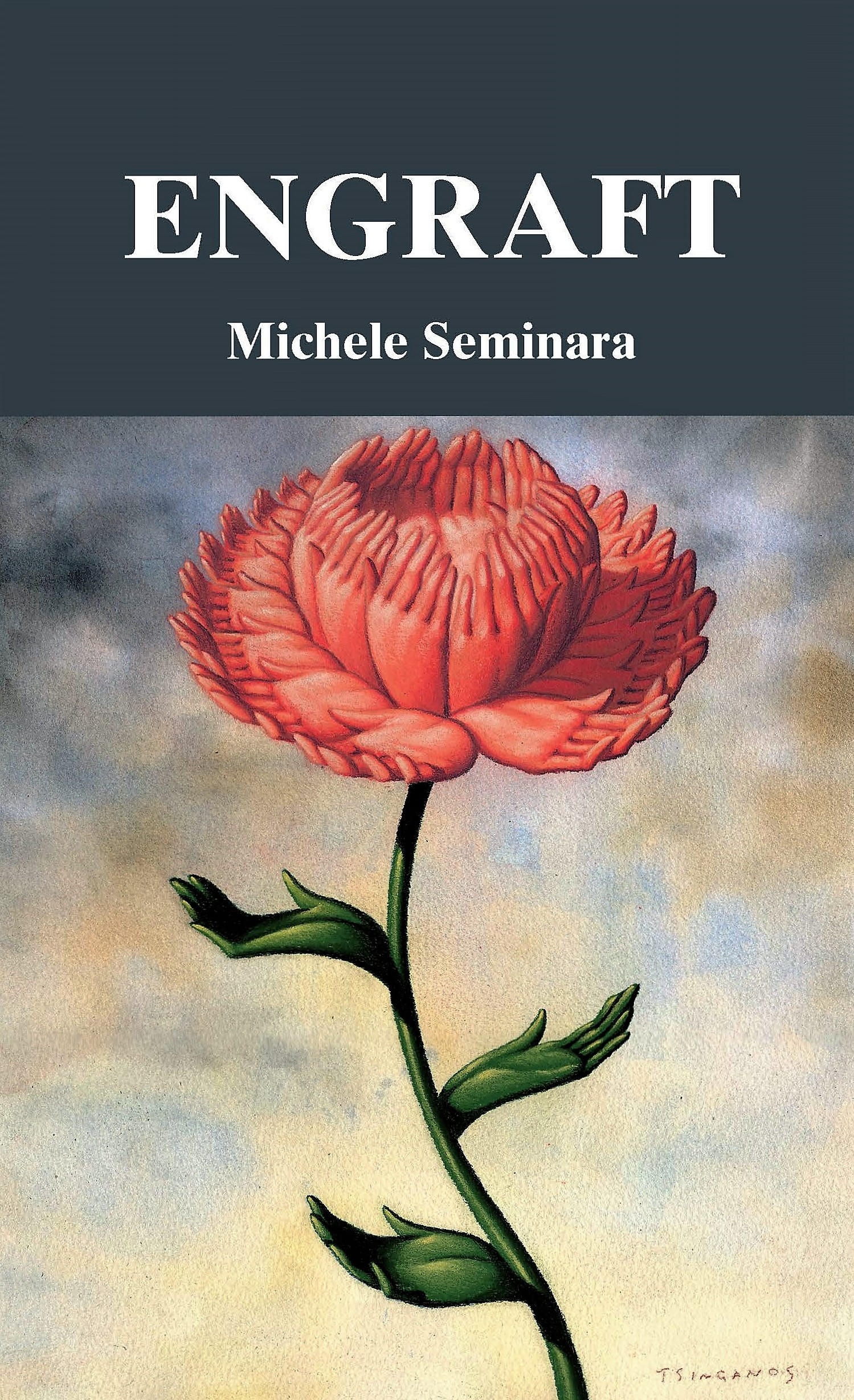 In ‘Sky Burial’, a poem about ‘the secrets inside / that we shamefully hide’, Seminara offers a provocation: ‘So listen / why don’t we share them? / Cut our guts open / and air them?’ It is an invitation to confession, but the visceral imagery is also a confrontation, an insistence on exposure which characterises much of Engraft, Seminara’s debut collection of poetry. Indeed, Engraft is often focussed on conflict and opposition, on a brutal pulling away of surfaces to reveal – and at times, even revel in – pain, loss, and confusion. The consequence of such fierceness is a series of uncomfortable realities: the cruelty of love and birth; the violence of frustration; and the disappointing failures of self. In cutting open that which is hidden, and allowing ‘birds of carrion’ to feed on what is found there, Seminara constructs a hopeful, albeit macabre vision, in which ‘dark feelings’ might ‘transmute […] to food’. This suggestion of transformation and consumption (and even of transubstantiation) is gothic in nature, yet an apt metaphor for creativity; a kind of vampiric leeching. Certainly, in explicitly drawing on poets such as Shakespeare, Dickinson, Plath, Hughes, Bishop, and Lowell, as well as Kafka, Duras, Solzhenitsyn, and Joyce, Engraft is both polyphonic and parodic, including letters, prayers, homages, re-mixes, erasures, ekphrases, and found poems. The combination of so many modes and voices ought to be jarring, yet a synthesis is achieved in a repetition with difference that is as concerned with tradition as it is renewal.

Indeed, Engraft signifies a sequence of confrontations, including a contestation of history. Playing upon fairytale conventions and tropes, the body is ‘waiting / not to be kissed, but punctured / By the prick of a prying scientist’, exhumed from ‘earth’s wet memory’ to be entombed again ‘in glass and sold for obscene show’. There is again an evocation of metamorphosis and ingestion, of a body ‘devoured’ not only by a ‘potent pack of ancient wolves’, but also by a modern horde of viewers and consumers in an image of history and the self as object and spectacle. There is a sense of warning here, too – the voice of the Ice Age human advises, ‘what they may unleash they do not know’, a threat echoed in ‘All Dried Up’, in which an ‘old lady’ who waits ‘in this parched bed’ asserts a fiery prophecy of phoenix-like resurrection. The notion of revival, of the past re-animating, is also enacted in the re-formation of poems and narratives, such as Shakespeare’s Sonnet 15 in the eponymous ‘Engraft’, Hughes’ ‘The Rabbit Catcher’ in ‘Rabbit’, and the found poems sourced through the letters of Kafka, Joyce’s Ulysses, and Dickinson’s poetry. Through the re-creation of the words of others, there is a rich sense of new meaning and association, but also a caution against not trusting the self. In ‘Dear Ottla’, ‘The sentences literally crumble in my hands: / I see their insides and have to stop. / Only by listening to my innermost voice […] / can I survive’.

The literary allusions and adaptations in Engraft engage with the disquiet associated with reading and writing poetry, both in terms of performance and reception. Indeed, inasmuch as the collection is about grafting onto the works of others, it is also about anxieties of originality, and of being understood. In ‘poem by midnight’, Seminara’s poems are creatures sent out into the world to ‘disturb’, ‘unnerve’ and ‘observe’ the reader, sidling into ‘peripheral vision’ and slithering ‘in through / your too thin skin’. Writing poetry is figured masochistically as a constant vacillation between enslavement and pleasure. ‘Dear Ottla’, through Kafka, portrays the process as part torture, in which employment, noise and illness conspire against productivity. ‘Poetry’, however, offers an ecstatic vision of how ‘one word’ can ‘make your breath / draw in’, whilst ‘Dog’ presents a poet who is ‘Pulled forth by a line / of scent, my furtive soul craves / Closet verse –’

Such domestic frustrations are confronted vividly in ‘Mother’, in which marriage, motherhood, and love are not romanticized but reveal the violence and loss inherent in the most intimate of relationships. The conflicts here are both familiar and familial: a husband whose tongue is ‘foul’; the strain of a newborn daughter who ‘squalled for hours’. Childbirth and parenting are imaged as painful and depleting; a ‘suckling alien child’ leeches from its mother, the joy of growth tainted by the agony of being left behind, ‘still bound to suffer / your lot as mine’. Similarly, in ‘That house’, Seminara describes how ‘We’re the ones the neighbours / talk about/not to […] / it’s our truth erupting / spectacularly into the day’. These eruptions gather in intensity, the ‘heaving house’ a volatile space ‘tumid with the sickness of minds untempered’. In many ways, these are the striking failures of love, instances of the damage caused by neglect, loneliness, and misunderstanding. In ‘Zhuang Zhou Dreams In Pink’, a poem featuring a lollipop man who ‘leaks / over the edges of his stool’, Seminara questions: ‘How is it that we came to be locked / in these bodies, lives ossifying / into rings of fat, rigidity and suffering?’ Yet connecting with the other cautions of Engraft, there is an urge to resist the abyss, albeit with a cynicism that is as amusing as it is self-critical: ‘The doctor says my oestrogen is low. / She prescribes hormones to alter / the cruelty of my vision’.

There is something gratifying about the darkness of Engraft, with its attention to exposure, revealing sentiments and realities that are not cloying, but focused and analytical. In revealing the guts of things – of bodies, love, poetry and history – there is an investment in catharsis, too, as echoed by Kafka in ‘Dear Ottla’: he must attend to his ‘unfulfilled inner duties’, lest they grow ‘into a madness from which death seems a release’. Seminara’s vision may at times be cruel, but its starkness is also powerful and evocative, a refusal to avoid ‘life’s tremendous, bone-felt, incommunicable things’.

This entry was posted in BOOK REVIEWS and tagged Alyson Miller, Michele Seminara. Bookmark the permalink.
Alyson Miller teaches literary studies at Deakin University, Geelong. Her short stories and prose poetry have been published in both national and international publications, alongside a book of literary criticism, Haunted by Words. Her collection of prose poems, Dream Animals, is forthcoming.