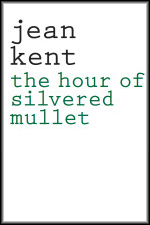 In the library of Australian poetry animals occupy many pages. There are poems on kangaroo, frog, platypus and bandicoot; pig, dog, possum and cow; sheep, fox, dugong and crocodile; and an aviary of birds from budgies and pelicans to magpies and herons. There is lyrebird upon lyrebird upon lyrebird to name just one select, totemic mascot. Michael Farrell’s celebrated 2014 work ‘A lyrebird’ is simply the latest in a long line of the same subject. With its repetition and meta-commentary, Farrell’s poem seems apposite to our moment, engaged in a dialogue with history, ecology and poetry in an altogether affecting and complicated portrait. I tip my beak to his eye.

We could, then, be forgiven for thinking that enough had been said on our relationship to friends and foes in our shared scientific kingdom, lyrebirds among them. But animals are like love in that they make an inexhaustible subject for poets. In addition, if we respond to Philip Mead’s assessment that there is a comparative dearth of critical Australian poetics scholarship, an animal poetics seems to warrant further exploration. Animal poems show no sign of becoming extinct in the pages of journals, chapbooks and books, despite decimated populations of insects, fish, mammals and more all around the globe. In thinking about poetry and our relationship to animals though, we might want to think through the ethical, moral and political demands as they are expressed aesthetically. What does it mean to write a formally constrained sonnet against live baiting in the greyhound industry? Is that sonnet as much of an ideological intervention as a free verse or spoken word rendering of the same content? Can we project onto animal poetry a whole host of concerns that are relevant for other poetries, despite the fact that it demands its own thinking and has its own logic and points of reference?

If we wanted to we could try and let the subaltern speak here and that may be the most pressing imperative for some. The subaltern speaking may mean the literal incorporation of ‘woof woof woof’, ‘meow meow meow’ and ‘moo moo moo’ into a humanimal poetics, or, more likely, it may mean a re-wilding of our own voices, an empathetic engagement, our ‘animalisation in words’ to put it as Giorgio Agamben may. But if elephants can paint, why can’t chimpanzees write? The chimps might not compose Shakespeare’s sonnets but they might approach something like concrete or conceptual poetry if it is framed appropriately. That is to say, we might get work that can be thought of as some type of poetry if it has the right critical reception. In thinking about the books reviewed below, three poets talk about animals more often than they ventriloquise them. They do so through specific and overlapping poetic ways – shanty, prose, lyric. Taken together they offer us an avenue to consider our relationship with animals as an integral part of our everyday lives.

In choosing to highlight the following three poems from these books, I want to acknowledge the paradox of the exceptional representative. Each poem indicates a general sentiment even as it is a very particular expression. Rather than attempt to sum up what is happening in these books as a whole, I want to read more closely these instances as a way to collect some thoughts on animals. It is a crowd of three, a vet’s bespoke waiting room rather than a zoo or menagerie.

Animals enter into Hose’s chapbook, A Book of Sea Shantey, predominantly as food – ‘a very grand roasting joint known as saddle’ (mutton); ‘lambies’; ‘sausages’; ‘a final meal of Lobster bun and curls of butter’; ‘aged speck is soft to the tonsure’; ‘in my gullet a tender jaunt of sea-bug’; ‘Th’buttered lobstee’; ‘horse meat’; ‘a motley mince of horse’. In Hose’s opening poem, ‘New England Clam Chowder’, we read of ‘honey-pussy’ and ‘stray pony’ before meeting the whale we expect to see from the title and epigraph of the poem (‘Somehow preluding was all the scene / On the English ship pussie-hall. / H. Melville’). A whale though is not only a whale. It is a metaphor of course; for what precisely, is debatable. Tracts have been written on Moby Dick and what it is we are searching for when we search the seas for white whales or any such cetacea. In Hose’s poem, though, it is the harpoon that is foregrounded as he writes in an instructive, direct line: ‘The harpoon has the job of attaching the whale to the boat and exhausting the whale’. The whale is secondary to the harpoon here. As much as the whale is out there, hunting it, hunting anything is what we are being drawn to. ‘New England Clam Chowder’ is a poem dense with sexual and historical allusion. The harpoon penetrating the whale seems to only be visible through an opaque veil of language where Hose can write ostensibly of chowder, the repast of harpooners in New England: ‘my ships-biscuit my layered chow my cup / Of heavy cream my vault / Of spermacetti’. The sperm is, of course, double entendre too when considered along a line that comes before it – ‘I folly kiss you on the neck, I mean aplace my lips aparted’. The ‘you’ here is as much the reader as it is ‘whale’ who seems destined to be eaten – ‘black stellar dessert’. The poem as a whole is narrative but fragmented, rhythmic but not rhymy, allusive but not derivative and pushes us to think what exactly New England chowder is as food and representation. Throughout A Book of Sea Shantey we have wry, raucous observation and elusive, thoroughly contemporary merry evocation of a past life at sea.

The titular poem of Alyson Miller’s Dream Animals opens the third section of her prose poem chapbook. Animals are here, too, invocated as metaphors – in one poem a man at a laptop is being fox-like, and in another, a girl’s grief is described as ‘a strange and animal thing’, something base and primal, inhuman. I want to focus on the poem ‘Animals’, which presents an image and conclusion that stayed with me. In its entirety the poem reads:

A foal collapses out of its mother and takes a mouthful of dry earth, thick dirt scratching its teeth. The mare backs into the shade of ghost gums, drags an ear against the chalky bark as though trying to erase it. The suffocating thrum of crickets, scavengers buried in paddocks beaten flat by blackberries and sunken fence lines. In the afternoon sun, the foal is autumn coloured, blushed with patches of something that reveal the science has not sparked true. In the evening, under a low potato moon, the shadow of a man fallows across the grass, a metre of pipe held tight against his side. Locusts spray out with each footfall, darting away like dark electricity. The screaming of horses cracks open the night.

One could note here the density of near rhymes – gums-thrum-sunken-sun-autumn; low-potato-shadow-fallows; pipe-tight-side – as the most used poetic technique. They serve as a way of compounding the effect, of heightening emotion, in this case dread, through repetition of certain vowel sounds. This enables a comment on pastoral gothic, a sort of mash-up between Poe and ‘Clancy of the Overflow’. We are in the space of failed farms – the paddocks are ‘beaten flat’; locusts, which plague, dart away; and finally the horse itself is cracked, which cracks open the whole and harmonious night. But as a whale is not only a whale, a horse is not only a horse. Horses, of course, have long been a subject and symbol in poetry from China and Greece, to America and Australia. To take only Australian examples, horses are in: Paterson and Adamson, Lawson and Porter; Noonuccal and Stewart, Dransfield and Hewett; Mansell and Beaver, Carew and Mathew; plus Murray, Gordon, Boake and Tranter. In one reading the horse is something reliable, something valuable, something working yet vaguely aristocratic, something that refers back to ‘the Old Country’, something old time and new, something we can recognise as being nature without being native. It is altogether less mysterious, more domestic than a whale. What suggests the death of naïve sentiment more than the death of a horse by pipe? Where is a gun? Why has science failed? These are questions with which Miller leaves us.

Pages: 1 2
This entry was posted in BOOK REVIEWS and tagged Alyson Miller, Duncan Hose, Jean Kent, Robert Wood. Bookmark the permalink.
Robert Wood grew up in Western Australia. He has interned for Overland, worked for Australian Poetry, edited for Peril and Cordite Poetry Review, been a columnist for Cultural Weekly and is on the faculty of The School of Life. He is the author of History & The Poet and Concerning A Farm.