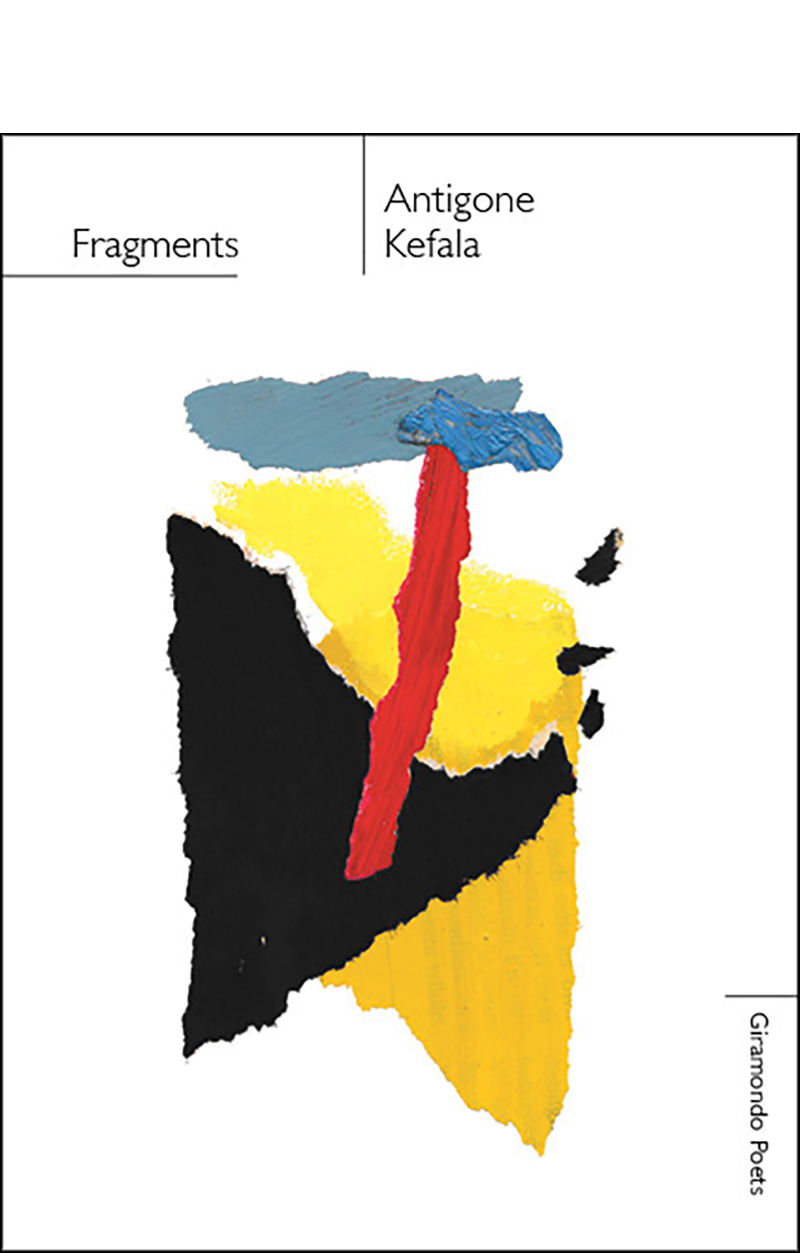 When casting an eye back at Antigone Kefala’s oeuvre, one finds a poet of the surreal, who has delicately combined reality, folklore, and dream state. She has expressed the trauma of migration and diaspora in hallucinatory ways; she once merged the ache of an old country’s absence with the comfort of myth, and heightened the contrast with dream-like and often disturbing symbolism. Her first book in two decades is titled Fragments – fittingly, given Kefala’s documentation of the cut-up, kaleidoscopic existence of migrants.

Her innate strength is that no word is an afterthought. No line is solid and fixable. Instead, lines are exposed, as if unearthed from underground, to be raked through with questions. The opening poems are abrupt, and convey a tender wistfulness. In ‘The Voice’, she writes:

Kefala, the daughter of Romanian parents who lived first in Greece and then New Zealand and Australia, has reached a point where the unfamiliar has become the familiar. The past that she forged in this country – now a place of safety – preys upon her, and catches her unawares. She relates these pivotal moments of emotion with restraint – she holds back, whether for our sakes or for hers.

In ‘Photographs’ the speaker expresses ambivalence. Kefala reminds us that recalling the past is often a jarring experience. You long to drink from it, but it is also a poisonous craving. There is a daydream feel to these poems; they seem to drift into one another like clouds, presenting rather than commenting. In ‘Dreams’, however, there is the enticing Surrealist presence, albeit in a clipped form. The poet envisions a presence in a ‘long dress of silk’ with crystal teeth. Again, the past intervenes:

By the second stanza, the scenario has become fantastical, as the speaker and the vision walk on glass, below a ‘mass of naked crabs and chickens.’ Words are not to be taken at face value in Kefala’s work, and she questions the vision:

Kefala suggests that fear persists, no matter how well acquainted you are with death. She acknowledges the phobia of time that haunted her last collection. Having written of time as lead, time as stolen by others, time peeling things away, she now comes face to face with it, and the results are illuminating.

Part Two is infused with snippets of the natural world that are at once both peaceful and disturbing, hinting at her environmental conscience. There is a deep seeing, whether it is of the demise of ringbarked trees – ‘a scattered army, eerie ghosts/left there to face alone / the mornings and the nights’, or walking by a bay ‘in the apocalyptic sunset / that left / gold orange strands / on the dark waters.’

The book’s flickering impressions create a lulling effect. They provide a connected commentary on the beauty of a sudden moment. ‘Summer at Dervini’ is one such example. The brevity of each line-break emulates the ‘folding of the sea’, and evokes an air of seasonal haziness. The final image recalls the romanticism that Kefala weaves into much of her poetry:

These poems are intensely visual. If any readers have regrets about not savouring such moments, Kefala presents them with a neat blueprint.

In the third section one finds longer poems drawing out the intensity of a lifetime’s worth of grief and loss. ‘Anniversaries’ sees the poet reveal emotion in an unexpected gush, as she contemplates both the beauty and sadness of having lived and loved. In ‘On Loss’, she reveals a sharp appraisal of death:

Much of the collection is concerned with her ageing generation. Those who ‘briefly forget the fatal prophecies,’ wait out their lives in hospitals and homes – ‘the same spent, white faces / under the discoloured high ceilings’ – and yet, they live, and live bravely. She touches upon their frailty in intimate detail, such as in ‘Birthday Party’, where she writes of a friend who has been transformed by the process of ageing:

The very act of these elderly friends gathered for a birthday party and noting each other’s fragility, ‘an exaggerated edge / to our caring’ is a defiant one, and the poem is a strong homage to their spirit.

Kefala’s characteristic fondness for myth is evident, as she writes of pilgrims who wait for a spiritual moment at a waterhole, and in ‘The Fatal Queen’, presents a nameless monarch, who ‘watched us from a dais’, a sort of eternal Medea:

These are distilled poems, concentrated in essence. In one of the most captivating moments in the collection, ‘The Piano Tuner’, Kefala displays a candid wit. She writes of a passionless piano tuner:

T S Eliot writes in The Waste Land of ‘these fragments I have shored against my ruins’. This was a time when long-held values broke apart, ruining a generation who no longer believed in certainty. Eliot speaks of salvaging fragments from the debris, and such a process haunts Kefala’s new collection. She faces the disintegration of a life, but the fragments of her past and loved ones are elevated. The poems drift and offer no resolution, only the potent energy of articulation.

This entry was posted in BOOK REVIEWS and tagged Alexis Late, Antigone Kefala. Bookmark the permalink.
Alexis Late is a Western Australian writer and reviewer. She studied English literature and History at the University of Western Australia and her writing has been published in Australian Poetry Journal, Island, Southerly, Westerly, Australian Book Review, Axon, Cordite Poetry Review, Gusher and elsewhere. In 2014 she founded WA’s first poetry magazine, Writ Poetry Review, with the aim of showcasing upcoming WA writers as well as connecting writers across the Nullabor, and she has been a guest at the 2015 Perth Poetry Festival, the 2016 Perth International Writer’s Festival and the 2018 Queensland Poetry Festival. She is currently editing her first collection of poetry.