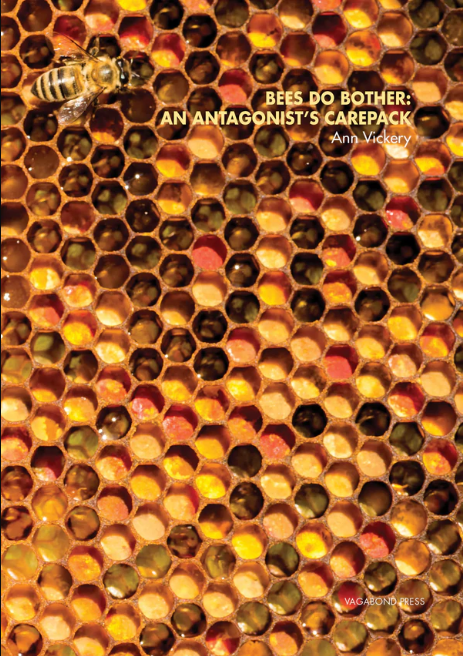 In ‘Wintering’, the closing poem from her posthumous collection Ariel, and the last in her quintuple sequence about bees, Sylvia Plath writes: ‘will the hive survive, will the gladiolas/Succeed in banking their fires/To enter another year?’ At the time of editing, Plath was enduring one of the coldest English winters on record, one so cold that the Thames froze over. There were daily power cuts, her children were ill with the flu, and her phone was yet to be connected. All of these factors would have exacerbated the depression she was hoping to overcome, but despite the tragedy, much of Plath’s work celebrates renewal. This is especially true of the bee poems. In ‘Wintering’, she notes the hive’s resilience: ‘The bees are so slow I hardly know them, filing like soldiers/to the syrup tin … It is Tate and Lyle they live on, instead of flowers/They take it. The cold sets in.’ The bees become a source of comfort, a reminder, and the poem ends with the hope for a new season (‘the bees are flying/ they taste the Spring’). ‘Wintering’ may be a paean to the strength of beings enduring hardship, but it is also part of a long line of exquisite writing about bees, from ancient mythologies through to the recent addition of Ann Vickery’s latest collection, Bees Do Bother: An Antagonist’s Care Pack (Vagabond Press, 2021).

In forty-eight multifaceted poems that weave together various feminist, eco-critical and postmodernist observations, Vickery explores this history of human relationships with bees, among other cultural topics, while also acknowledging their endangerment due to human activity. Referred to as Colony Collapse Disorder, the mass disappearance and demise of bee colonies worldwide has become an ongoing crisis since first discovered in 2007. However, instead of honing in on the literal disaster, Vickery examines how and why bees have mattered to us. By taking this slant angle, a la Emily Dickinson, whose own poetry is referenced throughout, she emphasises the wide-spanning tragedy the loss of bees would entail, not only because of their crucial role in pollination, but also, if that fails to move you, because of their place in our cultural history.

Leonardo Da Vinci observes in the collection’s epigraph that ‘the bee gathers its materials from the flowers of the garden … transforms and digests it by a power of its own.’ Humans, on the other hand, often take raw materials and transform them into something poisonous; consequently, we are the failed alchemists. The ongoing tragedy is that the solutions do exist, but are often overridden for profit, a state of cognitive dissonance that Vickery often touches upon. In ‘Diminishing returns?’, which incorporates found lines from Emily Dickinson’s bee poems within the economic context of the title, this unchecked capitalism becomes a colony collapse disorder of its own.

The poem opens with a mash-up of two Dickinson poems that become a descriptor for social media (‘fame is a bee that sings on tracks of plush’), as the poet leads us into a feminist commentary on Instagram, which is envisioned as a hive (‘each hexagonal space of digital wonderland’). Guy Debord’s notion of the Society of the Spectacle as a symptom of late capitalism comes to mind here. Vickery calls for women in particular to ‘abandon the ‘algorithm of killing looks’. She urges influencers to acknowledge and convey ‘the battle space’ of climate change. In her poem ‘Prairie’, Dickinson refers to ‘reverie’, to a looking inwards, a projecting of bees where there are none; Vickery points out that instead of this much-needed ‘reverie’, we are lost in ‘revelry’, amid a currency of images diminished by saturation. The word ‘revelry’ is repeated until it transforms into ‘revery’, suggesting an alchemic change from superficial and often self-centred entertainment to a collective mindfulness that is at once both meditative and active.

The meditative here also includes reflecting upon the absurd, which so often leads to poetic insight. Vickery examines this in ‘Interface’, which pivots on a premise that sounds almost impossible: in 2019, it was discovered that a Taiwanese woman had four bees living off the tears in her left eye, astounding doctors and scientists worldwide. Vickery links this modern phenomenon with the Greek myth of Niobe, who unfortunately made the mistake of boasting about her fourteen children in relation to the goddess Leto’s two; consequently, Leto had the children murdered. Vickery connects Niobe’s grief with that of the protagonist’s, who had been visiting the grave of a loved one when the ‘sweat bees’ (so-named for their attraction to human sweat and tears) flew into her eye, causing it to swell shut: ‘was it the sting/of salt that left her eye so swollen with grief?’. The inflamed eye becomes the embodiment of sorrow, without which the bees would not have been drawn to her eye. The woman’s grief sustains the bees (‘sustained by Niobe’s tears, the bees secured their empire’), but there is a contemporary twist: the bees are ‘livestreaming’, as they actively drink through the camera of her eye. Miraculously, the story ends happily, as both the bees and the woman’s eyesight were saved by ‘straitened resilience/ to bear pain’s grit’, the implication perhaps being that much could be saved in the long-term, including the bees and ourselves, if we could just endure the temporary pains incurred by change.

Pages: 1 2
This entry was posted in BOOK REVIEWS and tagged Alexis Late, ann vickery. Bookmark the permalink.
Alexis Late is a Western Australian writer and reviewer. She studied English literature and History at the University of Western Australia and her writing has been published in Australian Poetry Journal, Island, Southerly, Westerly, Australian Book Review, Axon, Cordite Poetry Review, Gusher and elsewhere. In 2014 she founded WA’s first poetry magazine, Writ Poetry Review, with the aim of showcasing upcoming WA writers as well as connecting writers across the Nullabor, and she has been a guest at the 2015 Perth Poetry Festival, the 2016 Perth International Writer’s Festival and the 2018 Queensland Poetry Festival. She is currently editing her first collection of poetry.