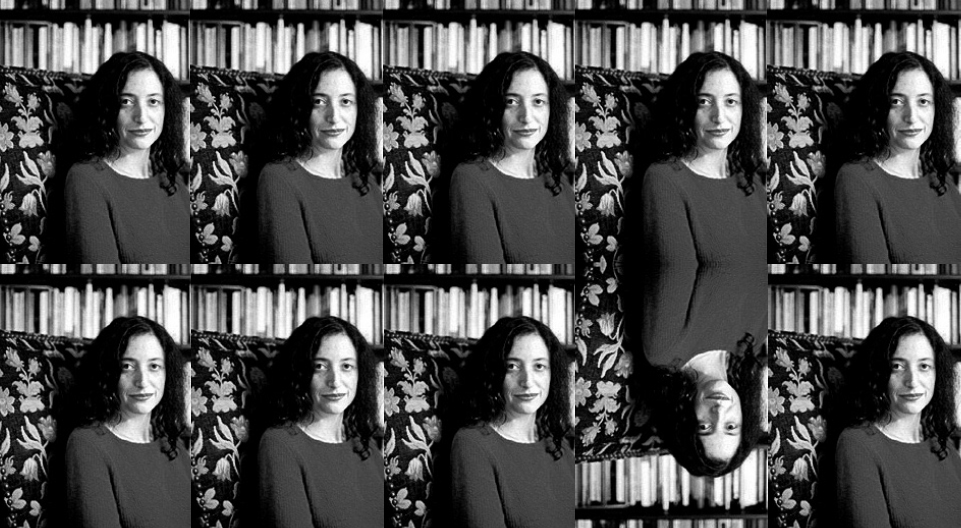 As with contemporaries like Claire Gaskin (Paperweight) and Kate Lilley (Versary, particularly ‘Mint in Box: A Pantoum Set’), Emma Lew has turned to fixed poetic forms like the pantoum and the villanelle. Constraint is both formally enacted and thematically explored. Like Gaskin and Lilley, Lew navigates the (sometimes gendered) limitations of agency against structures of law and an increasingly opaque backdrop of history. What do we inherit both in terms of our tools and our psychology? How might we rethink acts of wrongdoing or bids for freedom within the intimate scene of family and marriage? For Lew, the closed form provides a site to navigate frustration with the claustrophobically familiar and our desire for the unknown. It is a space where one can be both arrested and mobile, housed but unheimlich (unhomed). Through her careful structured refrains, Lew shifts between presence and absence, her objects of study often remaining evasive. At the same time, formal repetition suggests cyclical or more complex patterns of genealogy than simple cause and effect.

‘Arraignment Song’ is a modern pantoum and follows pantoum conventions (a series of four line stanzas in which the second and fourth line of each stanza serves as the first and third line of the subsequent stanza). An arraignment is a reading of a document formally charging a person with breaking the law. Here, the suggestion is an arraignment for murder. The poem itself focuses on legal procedure as it enacts correct poetic procedure. Attention is drawn to genre and formulaic structure: ‘The same show every time—that’s death’ (line 1, 40). Along with the narrative necessities of victim, suspects, murder weapon, and setting, there is also the detective. This is assigned to the poetic speaker. There is an emphasis on objects and a predominantly visual rubric of selection. A central object is a letter that has been mailed ten years after the death. The victim is read off the surface of their body (‘Nice clothes, expensive dental work’ (line 8, 11)) and their apparent lifestyle (‘Flash boats, fast cars’(line 2, 5)). The murder scene is also aesthetically read, ‘Blood pooling poetically around the fingers’ (line 10, 13).

It is around the third stanza and this line that it becomes possible to read the poetic speaker as the crime fiction writer (with the fingers being those of the writer rather than the victim). The process is not only one of deduction but of writing itself. Here the monkey wrench might mean an obstacle or disruptive force in the plan or progress as much as a potential murder weapon. ‘A lit cigarette at a respectful distance’ (line 30, 33) may be part of a detective’s system of surveillance or a momentary reprieve from typing or writing. ‘Stop on one thought, think it over and over’ (line 20, 23) may also be part of the process of deduction or part of the creative process. The ‘Tropical fish and some books on the subject’ (line 12, 15) may be those of the victim or the writer. ‘Night’s your office, shadowing pays’ (line 36, 39) might also refer to the typical noir detective or the writer who must shadow their subject. ‘Who faked a will, didn’t mourn the loss’ (line 24, 27) could refer to the writer who creates a fake subject as much as it might refer to the actions of a suspect. ‘If the family find peace, disturb it’ (line 32, 35) could also refer to the writer’s family as much as the victim’s. The repetition of ‘bitter pills’ (line 14, 17) makes their assignment difficult: is it the victim, the detective, or the writer who has them and does it matter?

At one level, Lew foregrounds how the process of deduction requires trying to work out patterns of cause and effect, as well as issues of motive (intention). While Lew writes that ‘Everyone has solid alibis’ (line 18, 21), the poem’s structure provides a space for the proliferation of alternative storylines. The form of the pantoum reinforces this chain or serial effect. We are told that ‘Slim chance connects you to a name’ (line 34, 37), emphasising this sense of connection. Yet the name itself is never announced or fully assigned; it remains both a shifter and outside the poem.

While the line, ‘Go cosy, slow, investigate’ (line 38) could be applied to the detective or to the reader, the coldness of the case is enacted in the lack of affect in the poem. This is a poem that does not create either a sense of cosiness or a sense of song as promised by the title. Instead, there is a sense of the mechanical and of being at a remove. This is reinforced by the final line which cycles back to the poem’s start, ‘The same show every time—that’s death’ (line 1, 40). The poem offers no transcendence.

‘Rattling the Forms’ is a villanelle. Just as a villanelle has a formal order, so too is marriage a formal arrangement. While the poem’s title suggests a testing or ‘rattling’ of form, it does not suggest breaking or eliminating the form. This is certainly the case with the poem itself, which largely keeps to the rules of the villanelle. It has five tercets followed by a quatrain as well as two refrains. Yet the opening line suggests an alternative desire; ‘I wanted to dissolve my marriage, explode the limits’(line 1, 19). This line also sets up a paradoxical metaphoric trajectory involving both water and fire in the verbs ‘dissolve’ and ‘explode’. The poetic speaker declares that she seeks a series of equivalences, ‘comfort, oblivion, anything in caves,/on a whaling ship, in a hundred other places’(line 2-3) Certainly ‘comfort’ and ‘oblivion’ have traditionally been aligned in a kind of Keatsian ‘easeful Death.’ Psychologists (most notably Jung) have interpreted the dreamer’s dangerous passage through caves as a search for the meaning of life and the cave can be the starting point for spiritual travel or personal growth. The most obvious allusion of the ‘whaling ship’ is Moby Dick which explores our need for signs of destiny and is also anti-Transcendental in orientation. Transcendentalists believed that people would ultimately do good if constraints were taken away from them. Herman Melville alternatively suggests that given freedom, people will make disastrous choices. Yet, there lies within us the desire to take the plunge into the unknown, to seek more. The phrase ‘hundred other places’ is one commonly used to suggest a kind of anywhere and everywhere.

Pages: 1 2 3 4
This entry was posted in ESSAYS and tagged ann vickery, Emma Lew. Bookmark the permalink.
Ann Vickery is Senior Lecturer in Writing and Literature at Deakin University. She is the author of Leaving Lines of Gender: A Feminist Genealogy of Language Writing (2000), Stressing the Modern: Cultural Politics in Australian Women’s Poetry (2007), The Complete Pocketbook of Swoon (2014), and Devious Intimacy (2015). She co-authored The Intimate Archive: Journeys through Private Papers (2009) with Maryanne Dever and Sally Newman, co-edited Manifesting Australian Literary Feminisms: Nexus and Faultines (2009) with Margaret Henderson, and co-edited Poetry and the Trace (2013) with John Hawke.