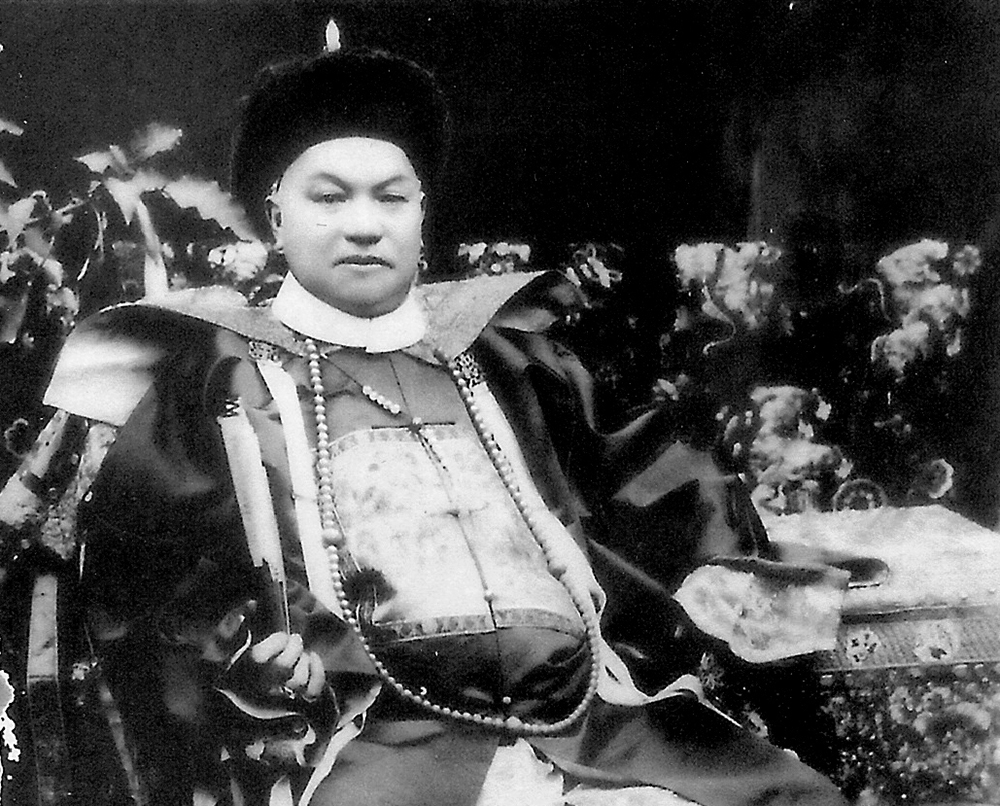 What have architecture and poetry got to do with property? This is a core question in the poetry collection ‘signs of impression’, which explores the operation of possession in a settler colonial context. It does so through the story of James Lamsey, a Chinese doctor, prolific proprietor and philanthropist who forged a space for himself in the regional Victorian city of Bendigo in the late 19th Century. Many thinkers have observed connections between architecture and poetry. ‘Architecture and poetry share a paradoxical sense of “room”’, writes Nicola Fucign, ‘A poem has both space and boundary: room within a room.’1 This spatial connection is beautifully script-bound in the Chinese character for poetry 詩, ‘shi’, a of compound ‘speech’ + temple’.2 However, I am less interested in the alluring spatial synergies between poetry and architecture than the work which poetry performs, and which architecture performs. Poetry and architecture both have the power to impress and move people. More dangerous than this, poetry and architecture can also be ways to lay claims to property through their affective powers. This essay argues that thinking about the synergies between architecture and poetry might deepen understandings of the operation of property.

Last year my research about colonial doctors of colour took me to the Bendigo Golden Dragon Museum. When I arrived, the Research Officer promptly and generously introduced me to two buildings with apparently quintessential Victorian façades. One is an austere, dark brick terrace on Howard Place; the other, a lush ornate and garden-girt red and white brick villa on McCrae Street, the main highway. Compared with the red-trimmed, lion-protected Museum a short walk away, the façades of the villa and terrace give no surface impression of Chinese-ness. Their existence, though, is intimately bound up with 19th century Chinese migration; more particularly with James Lamsey’s migration from the Southern China province of Toi San to the Antipodes.

Owning Jubilee Villa and Howard Place meant James had somewhere private to practice medicine and somewhere to live with his wife, Jane Boyd-nee Lamsey, and their adopted daughter, Kate. It also meant Lamsey conspicuously took up space in a white-ruled city at a time when the presence of people of Chinese descent in the Australian colonies was highly contested. This is my intellectual interpretation. But how do I – a Melbourne-based historian of Anglo-Celtic settler background – respond to Jubilee Villa and Howard Place? How do these buildings mediate my relationship to the colonial past, to the cities I live in which remain shaped by Chinese migration, and, to Lamsey himself? I find that formal scholarly writing does not do justice to the impression that Lamsey’s buildings leave on me. Poetry, though, allows room for emotional suggestion, and truth.3

Property in the life of James Lamsey

Lamsey was born in Canton in 1831 into a family of successful physicians and trained at the missionary-founded Canton Hospital before migrating to Victoria. Here, he initially worked in Geelong, Melbourne, and Beechworth before settling in Bendigo in the mid-1870s; a wealthy gold rush city built on Dja Dja Wurrung Country. Lamsey’s proprietorial life came to public attention in the mid-1880s when he hired two of Bendigo’s most prominent architects, German-born W C Vahland and England-born William Beebe, to design the Jubilee Villa and McCrae Street medical practice respectively. At first glance, it appears that Lamsey’s commissions reflected the dominant aesthetic value of settler society. Middle-class Europeans celebrated the buildings for adding value to the city at a time there was ‘a dearth of architectural progress’, and when nearby Chinatown was seen as ‘squalor’.4

Like other contemporary practitioners of colour, Lamsey had many an incentive to acquire property, and to associate his name with façades that would protect his medical and social authority against the exclusionary forces of white racism.5 Lamsey made his home in Bendigo at a time when the process of white Australian nation-building, with its much ado about property and possession, was in full swing. From 1788, British colonists had been asserting their right to own Aboriginal and Torres Strait Islander land based on the mythical concept of terra nullius, ‘no man’s land’. ‘The right to take possession’, critical race scholar Aileen Moreton-Robinson has written, ‘was embedded in British and international common law and rationalized through a discourse of civilization that supported war, physical occupation, and the will and desire to possess.’6 In the 1880s, European settlers in Victoria were reinforcing their numerical dominance via dual edged modes of possession – exercising their right to remove Aboriginal people off their lands, and onto missions and reserves under the 1869 Aborigines Protection Act, and formulating their right to exclude people designated ‘Asiatic’ – a grossly generic racial category that included Chinese, Indians, Afghans and Syrians – from the space of the colony. The 19th century had seen the introduction of Immigration Restriction Acts across British settler colonies; Acts that gradually denied Chinese people property rights, albeit in ways that varied between the colonies. In 1881, Chinese people in Victoria were disenfranchised and the 1901 introduction of the Immigration Restriction Act would more stringently deny Chinese citizenship, voting rights and rights to welfare.7 Lamsey applied for and received British naturalisation in 1883, and so became legally entitled to purchase property, which he did three years later.8

While Lamsey had imperatives to impress a polity of increasingly hostile and self-consciously ‘white’ settlers with his architectural choices, any assumptions that an assimilationist rationale lay behind Lamsey’s buildings are challenged once Bendigo is located in relation to the Chinese Empire. In 1887, Bendigo (then called Sandhurst) came under the discerning gaze of the Chinese imperial commissioners when they toured the Australian colonies to investigate reports that their people were subjected to the harsh treatments of settler racism. It was thus no coincidence that Lamsey built the Howard Place medical practice in 1887, in due time to impress the Commissioners. Lamsey was the first to greet them when they alighted at the Sandhurst train station, and that night the Commissioners were ‘entertained at dinner’ by ‘their medical countryman, James Lamsey, of Howard-place.’9 The following day they undertook a seemingly convivial tour of various Bendigo buildings of pride; a tour that took a tense turn when the group were prevented from entering the hospital by one Doctor Colquhan, who refused to let the party enter with ‘the Chinese doctor’.10 If this moment exposed the spatial limits to Lamsey’s medical authority and the racist attitudes of some of the medical establishment, it seems Lamsey nonetheless got what he wanted out of the tour. Before they left for Sydney, the Commissioners wrote and signed a testimony of Lamsey’s good character and medical skill. They also bestowed Mandarin Honours on Lamsey, as well as on herb merchant Louey O’Hoy, who effectively worked as Lamsey’s pharmaceutical support.11

Lamsey, though, was not one to rest on his capital. Two years after the Jubilee Celebration he married his housekeeper, Ireland-born Jane Boyd, and the two moved into Jubilee Villa. The settler press reported the Villa’s features in detail:

There are two verandahs … each being 8 feet wide, and the floors are tiled with red and white tiles. The front verandah has ornamented cast iron columns, frieze and brackets, with wood moulded cornice, covered with curved iron, the whole being painted in various shades of gold. The façade of the building is built with red and white bricks, having red and white tiled panels on each side of the front door.12

The use of red and white rather than stucco brick was in vogue with contemporary fashion, and most of the design features were familiar for a settler readership accustomed to Victorian aesthetics. One of the Villa’s features, though, was marked as ‘strange’; ‘A strange feature in the design is a pressed cement lion placed over a pediment in the center out of respect for the British nation.’13 Lamsey later informed confused journalists that the lion was a symbol of his loyalty to the British nation. To me, the strangeness of the lion raises questions about Lamsey’s intent in displaying this prideful ornament. Is this lion subtly subversive in that it digresses from a normal lion-free settler house façade? Does it suggest that Lamsey was even more loyal to the British Empire than the average settler? Is he reminding settlers of his right to own property as a naturalised British subject? Or, perhaps the lion also gestured toward Chinese power given that during the reign of the Qing Dynasty, as this was, stone lions, albeit of a different stance and design, were commonly placed in temples and gardens?

What is clear is that by the time that Federation harbingered the long-feared Immigration Restriction Act, Lamsey was a publicly empowered figure. His medical business had earned the trust of a large and loyal customer base, he was head of the Masonic Association, and he played a prominent role in the annual Bendigo Easter Processions. In contrast to many other less affluent and trusted contemporary practitioners of colour, Lamsey’s position in the uncertain times of the early 20th century was more stable than tenuous, and more prone to celebration than degradation.

Pages: 1 2 3 4
This entry was posted in ESSAYS and tagged James Lamsey, Nadia Rhook. Bookmark the permalink.
Nadia Rhook is a non-Indigenous historian, educator, and poet, currently lecturing in History and Indigenous Studies at the University of Western Australia, on Whadjuk boodja. Her first poetry collection is 'boots' (UWA Publishing, 2020), and her second poetry collection, ’Second Fleet Baby’, will be released by Fremantle Press in 2022.