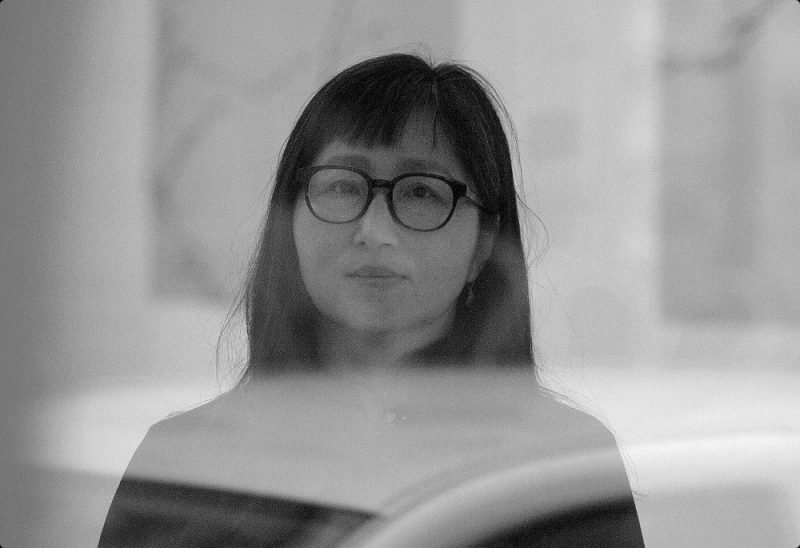 I’ve known Don Mee Choi now for more than 10 years. I got to know her work as a poet and a translator simultaneously, through her first book of poems, The Morning News is Exciting, and her first book-length translation of the work of Kim Hyesoon, Mommy Must Be a Fountain of Feathers. I instantly became a fan of both writers, and I ended up writing about the two of them briefly in my PhD thesis, and we corresponded sporadically over the years. It wasn’t until 2017, long after I moved to Berlin, that we actually met in person for the first time, when Charlotte Thießen and I invited her to read at our artiCHOKE series, for which we translated her work into German and wrote a short essay on it. It was exciting to be able to talk with Don Mee in this format. I’ve read plenty about her writing and translation practices before, but throughout this exchange, I still learned a lot that I didn’t know. And it was valuable for Don Mee to generously ask about my own writing too, to be forced to crystallise aspects of it that might not have been so clear to me before. In this interview, we discuss the politics behind our work and our conversations span across more than a year due to the restrictions that paid labour tends to place on thinking.

Don Mee Choi: I hope it would be alright if I begin by tracing back to how we met. It was eleven years ago that I found your fascinating review in Cordite my translation of Kim Hyesoon’s Mommy Must Be a Fountain of Feathers (Action Books, 2008) and my first book The Morning News Is Exciting (Action Books, 2010). I was so thrilled that someone wrote a review of both books, making such interesting links between the two, let alone for an Australian literary journal. As you already know Australia is where my parents and siblings have permanently settled. I contacted you via your blog, and I think you told me that your sister-in-law was Korean. A few years passed, and you went to Berlin to do your dissertation research on Walter Benjamin. Then in 2017, you invited me to Berlin for the artiCHOKE international reading series, which you co-founded and curated. I had no idea then how being back in Germany, even so briefly, would trigger so many changes in my life. I remember us, including poet and translator Charlotte Thiessen and performer, poet and artist Tabea Xenia Magyar, meeting for dinner at an Italian restaurant next to Tempelhof the night before the reading. I remember you telling me a bit about how you grew up in a suburb of Sydney playing soccer—how your father was interested in Steiner’s theosophy. And I told you how my mother’s cousin made it first to Australia via Brazil. In my mind, I still refer to her as Aunt Brazil.

Joel Scott: I like that you chose this tracing back as a way to start. I have a terrible memory, and you’ve gone back more than 10 years, but I remember some of the sequencing differently in ways that might be interesting. I think you have forgotten our very first encounter, which is how I came to write that review in the first place. I was about to start a PhD (I can’t quite remember if I had already applied for it, but I was shopping around for supervisors at different universities and speaking to the people who held the purse strings for the scholarships), and I was asked to write some blog posts on the Three Percent blog. It was one of those tasks that should be paid but that universities get grad students to do. And what better person than somebody currently sniffing around for a scholarship spot for a PhD in translation studies? I was genuinely interested in the symposium, and back then I guess I imagined ending up in academia in some way, so it seemed like a good thing to do. I can’t remember what I wrote about the keynotes and other speakers on that blog, but I remember that I tried to behave. I didn’t want to be a ‘hand biter’.1 But there had been one presentation at the conference about contemporary Chinese literature that really irritated me. I was probably getting the complete wrong end of the presenter’s rhetorical stick and didn’t know enough about literature and certainly Chinese literature to know whether there was any sense to what he was saying, but I remember him saying something like ‘the use of language and metaphors in a lot of contemporary Chinese literature sounds like it’s written by people who have had literature described to them, but never read it’ (this of course now remembered through the haze of more than 10 years). And on top of finding this assertion suspicious, I really liked the passages he read as examples of these failed attempts at literature. They seemed exciting and bodily and obscene. And so, being as I am at least a partial hand biter, I wrote a rant about this talk on my personal blog, not bothering to consider that I had linked to my blog in my bio note on the professional blog.

And so of course people found their way back to my blog, including the presenter I had bagged out, who was needless to say a little perturbed to find my rant there. Immediately I felt that I had done it again, opened my big mouth where I shouldn’t have, and was a little mortified to have been caught out behaving badly. But then one of the people who commented on my blog was you, and you offered to send me your translations of Kim Hyesoon (Mommy Must Be a Fountain of Feathers) and your own book, The Morning News is Exciting. And not long after the books arrived, and I was totally in love with them. It seemed to have taught me a very ambiguous lesson. I had acted out, but then partly that is how you found me, and I always thought (and only now does it occur to me that I might have been totally wrong about this) that you had decided to send me your books because I had been so critical (unfairly or not) of that presenter. Like: you’ll ruin your career but you’ll meet your true comrades in the process.

The other thing that you remembered which, I’m fairly sure, is not true, but is interesting, opens something up, is that my father was into Steiner’s theosophy. It’s funny because I’m sure I would have spoken about my father, his religion, the role it played in my upbringing. But (to my knowledge) my father is not into Steiner’s theosophy. But the thing is, he would be. Alongside his Evangelism he has become increasingly obsessed with nutrition, organic food, in quite an anthroposophic way. But rather than getting too deeply into my father’s idiosyncrasies, I want to kind of open this up as a topic. Fathers. Mothers. Your father is everywhere in your work. Your mother is less present to me. (And as an aside, thinking about the mother in particular in relation to Kim Hyesoon’s work). There is a kind of simple explanation in that your writing is constantly reworking history and your father was a war photographer/photo-journalist and produced all of this documentary material. But I’m just kind of thinking keywords at the moment. Moving families. You have Aunt Brazil. When I was a kid my family didn’t go further than country NSW. I don’t think I ever thought about the idea of going on a plane until I was in my teens or something. I’m just thinking about the different kind of families (as units of particular coagulations of class, race, etc.) as mobile, floating, or immobile and fixed things.

It’s been nine days since you wrote your first section, which was before Russia invaded Ukraine. War refugees are heading west, mostly towards Poland, but thousands of people are arriving in Germany all the time. Everything has shifted. Nothing has settled yet.

Pages: 1 2 3 4 5
This entry was posted in INTERVIEWS and tagged Don Mee Choi, Joel Scott. Bookmark the permalink.
Born in Seoul, South Korea, Don Mee Choi is the author of the National Book Award winning collection DMZ Colony (Wave Books, 2020), Hardly War (Wave Books, 2016), The Morning News Is Exciting (Action Books, 2010), and several pamphlets of poems and essays, including Translation is a Mode=Translation is an Anti-Neocolonial Mode (Ugly Duckling Presse, 2020). She is a recipient of fellowships from the Whiting, Lannan, Guggenheim, and MacArthur Foundations. She was a fellow of the 2019 Artists-in-Berlin-DAAD Program and 2021 Picador Guest Professorship-Leipzig University. She has translated several collections of Kim Hyesoon’s poetry, including Autobiography of Death (New Directions, 2018), which received the 2019 International Griffin Poetry Prize.


More by Don Mee Choi on Cordite Poetry Review →
Joel Scott was born in Sydney and now lives in Berlin, where he works primarily as a translator. His most recent chapbook is BILDVERBOT (Cross Nougat Press, 2017). His translation of Volume II of Peter Weiss's Aesthetics of Resistance came out with Duke University Press in 2020, and Vol III is slated to be released in 2023–24.