A Discussion on Verity Spott with 6 Poems 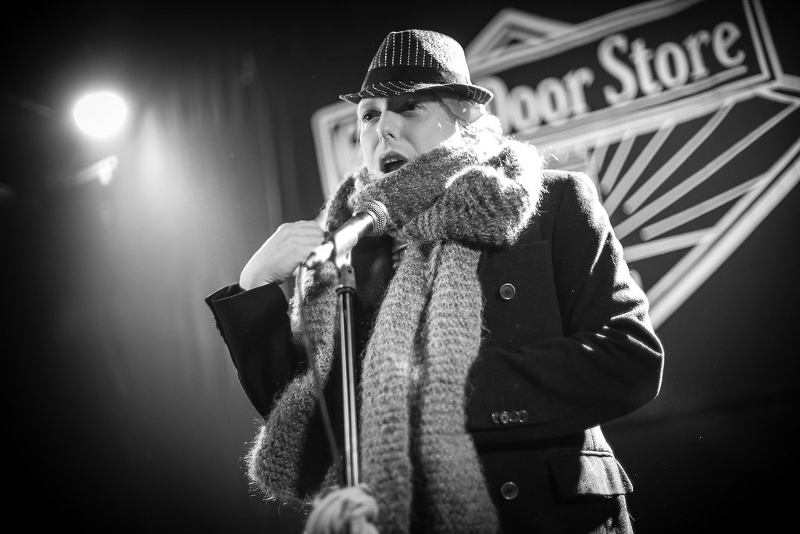 I suppose what we’ve been trying to do so far is establish a language space that deliberately alienates anyone and anything that enforces the gender binary. Pretty simple. Really easy actually; pinpoint every harmonic lie on the map and structurally dismember them.
Verity Spott, Trans* Manifestos

During the course in which ‘I’ become, I give birth to myself amid the violence of a convulsion that, to be sure, is inscribed in a symbolic system, but in which, without either wanting or being able to become integrated in order to answer to it, it reacts, it abreacts. It abjects.
Julia Kristeva, Powers of Horror: An Essay on Abjection

The longest poem printed here, ‘From a Reverie’, starts almost like an incantation with these swung lines: ‘In single minute gulps like propranolol the night sways, steadies / to a short halt. And the neck stops. Stops wide open to the space it now / appears to be in …’ So much has already happened here. The softness of the lines, the suggestion of being ‘wide open’ to something, invites us to gently sink into the narrative of the poem as it begins. But this effect is deceptive. Almost imperceptibly, the material neck, the actual body, which stops and is wide open, conjures the image of a corpse.

In Powers of Horror: An Essay on Abjection, Julia Kristeva writes that

The daydream, the ‘reverie’, has a structural position analogous to the abject in the figure of the corpse. The daydream drags into waking life that which the subject ordinarily consigns to night, to the cinema of sleep, in order to constitute itself, to function. This negative relation does not hold true for the abject. Rather its consciousness (or the consciousness of it) integrates the threat to the subject into its expression, is almost made of such threat, such pain. It is in part then the abject that speaks through the pronoun ‘it’, which in this poem can suddenly ‘explain how on earth it might actually / feel at least some of the time now in its sleep or when she or they are / awake but mostly then its kept in silence’.

It too is open in its consciousness. It thinks its experience in different hostile environments which mostly keep it from expression – the wedding, sex, work, memory – and is thereby dragged through an opening into a memory in which it tries to articulate itself and its thoughts on monogamy, but the body that listens to it ‘doesn’t allow himself / the pains, they well up in his body.’ In this writing, things coexist. We can no more separate the present from the past than the body from its environments, its (subject’s) tortures and agonies. It is not that there is an equivocation or erasure of antagonistic forces, such that experience and world become matte and featureless, but rather that everything is revealed to be intricately riven with strata, including the stratum of total contradiction. For every thing, even the most objectionable and abject, contains the possibility of being otherwise; every fact is a promise of its revocation.

This fundamental antagonism does strange things to the language of poetry and its means. One of the crispest, most striking images in ‘From a Reverie’ comes when ‘it’ grabs a shower nozzle, with a disc with ‘holes / in like the holes in the back of a birthing toad’, behind which ‘a perfectly formed / ready salted Pringle’ is concealed. This image of the Suriname toad – the young of which hatch fully formed from eggs which have become implanted in the skin on the back of the mother – seems to upend the traditional relationship of image and comparison. It is not the toad’s perforated back which is perceived as reminiscent here of a shower head, but the other way around – as if any everyday object could always be equated to the most obscure and bizarre referent. No object and image at two ends of a hierarchy, but the weird place where both of these things cohabit, and where we too can live, in the poem. ‘It feels disgusting’, but the disgust in the poem bears no value judgement. Actually this image of the toad and the shower nozzle and the Pringle is a moment of tenderness and respite. The toad-pringle like a precious diamond. A place where ‘it’ can speak back to its pain.

This site seems to correspond to a position that Spott takes in relation to the classic trans* narrative of transition, resisting any clean progression from here to there. In Trans* Manifestos, Spott problematises the narratives imposed upon the trans* community, the escape ‘toward the great white sun’. Spott proposes instead ‘staying still there’, ‘occupying the space of social discomfort for THEM and not US’. Here the trans* subject is not in a state of ‘transition’ which corresponds to a cis-normative understanding of binary gender, but of resistant occupation. From that space, Spott pokes language through ‘its’ pores, releasing all its minute toads. The way the pronouns switch and move like those optical grid illusions where the dots between the squares disappear when you try to focus on them directly. In our translation, the German language can be observed squirming as it tries to resist its gendered structure. We can make es act as a pronoun (though it always sounds a little Freudian), distinguish itself from ich or er, but when it/es becomes possessive, it goes back to being his (sein). And even the inanimate objects are constantly throwing their genders in your face …

Pages: 1 2
This entry was posted in CHAPBOOKS and tagged Charlotte Thießen, Joel Scott, Verity Spott. Bookmark the permalink.
Verity Spott was born in the middle of England, lived there, moved to the south of England and stayed there. Runs Iodine Press. Also co-runs (with Chris Buckley) the Horseplay event, which takes place on the last Thursday of the month. Veich also runs occasional events: Dym, Dym X, PW4 and Kissing His Boyfriend's Eyelids. Voc ventures into music with Four Manatees, Binnsclagg, Olympus Sub, Benzo Fury, Xenoglossic Hypostases Hawk Hissed Roar, all of which can be searched for on the Internet and heard / watched. Books include Effort to No, Dear Nothing and No One In It (with Jonny Liron), Illuminate This! and the forthcoming Balconette. Poems, texts and pictures have been tastelessly pasted into publications including Materials, Hi Zero, The Claudius App, Litmus, Romulan Soup Woman, Sussex Guild of Poetry, Splinter, UnAmerican Activities, No1 Fake and Supernormal.


More by Verity Spott on Cordite Poetry Review →
Joel Scott was born in Sydney and now lives in Berlin, where he works primarily as a translator. His most recent chapbook is BILDVERBOT (Cross Nougat Press, 2017). His translation of Volume II of Peter Weiss's Aesthetics of Resistance came out with Duke University Press in 2020, and Vol III is slated to be released in 2023–24.