Submerged Is the Best Place to Be

Submerged is the best place to be on a hot summer's day: somewhere in the shady corner of the pool, cross-legged on the bottom, blowing bubbles until you run out of air. Submerged is where Tony Soprano's psychiatrist tells him some of his problems are. Submerged is what the truth is, anytime Donald Rumsfeld talks.

Submerged is also the theme for the last issue of Cordite for 2004. Unfortunately it wasn't a theme that seemed to strike a chord with too many of our poets. One poet who did unfurl the thematic flag was Suzanne Day. Check out her playfully surreal poem about Melbourne underwater. 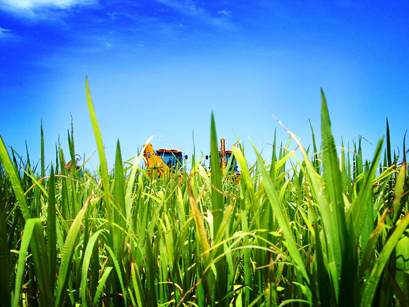 What the last issue of PYE (poetry year ending) 04 does feature are some of Australia's best emerging writers alongside some of the best poets from here and and around the globe. Check out emerging Melbourne writer William Fox, the elusive Brisbane scribe Jen Tsen Kwok, cricket chronicler extraordinaire Nick Whittock and the cold sea gazing Louise Oxley. Established Australian poets in issue 20 include Jane Gibian, Pam Brown and joanne burns. The international contingency is well represented by Canada's David W. McFadden and New Zealand's Mark Pirie and Anna Jackson.

The last issue for 04 also means it's time to reflect on the year that Cordite was and by association the first year of my tenure as Poetry Editor. When David approached me about the position as Poetry Editor last January I was surprised to hear I'd even been considered for a position I didn't know was up for offer.

As a contributor and, probably more importantly, a frequent reader I was honoured. Cordite had published the work of some of my favourite Australian poets including ted neilsen, Pam Brown, Paul Hardacre and Cassie Lewis. They are all poets who write poems that are both considered and exciting. It was a journal that championed new voices alongside older stagers. That sought out the experimental as well as the formally traditional. It was a journal of aesthetic dualities.

It was this sense of the old and the new, but the always exciting, that I saw as crucial to the Cordite aesthetic. In 2004 we've published the work of esteemed Australian poets like Alan Wearne, Ouyang Yu and Adam Aitken; alongside the work of newer voices such as Nick Whittock and Emily Finlay. It's probably also fair to say I am biased towards work that is both irreverent and cheeky whilst also remaining open and responsive to the metaphysical dimension of most important poetry.

It hasn't all been a botanical garden full of roses in bloom. There have been teething problems with the ins and outs, the mechanics of editing a poetry journal. I have to thank David Prater for his patience in this area. I'd also like to extend an apology to any contributor who may have failed to receive a reply to their submission. But while editing has been hard work, it's also been immensely rewarding.

The best parts about the gig are identical to the gifts good poetry always gives to its readers. Gifts like laughter, wonderment, excitement, newness, sadness and wisdom. The gifts good poetry gives to its readers. The difference as an editor is that I'm forced to read an incredibly broad cross section of poetry reflective of our contributors and our readership. Over the past year poetry has given me unfathomable gifts in a myriad of literary nooks and crannies. It is this diversity that makes Cordite strong.

In closing then, I'd like to thank our contributors and our readers. We rely on you for our relevance and existence.

This entry was posted in ESSAYS and tagged liam ferney, Submerged. Bookmark the permalink.
Liam Ferney's most recent collection Hot Take (Hunter Publishing) was shortlisted for the Judith Wright Calanthe Award. His previous volumes include Content (Hunter Publishing) and Boom (Grande Parade Poets). He is a public affairs manager, poet and aspiring left-back living in Brisbane with his wife and daughter.