A baker's dozen of international poets gathered to read their work in one city is no ordinary occurrence. Sponsored by the Irish Council of Foreign Affairs, the Australia Council for the Arts, and Prague's Charles University, the Prague Micro-Festival Poetry Series featured 13 poets in a five night series of readings which spanned continents, languages, generations and aesthetics. Despite the name, the festival was micro only in the sense that basically the same poets read each night, albeit to different audiences in varying locations.

Each poet in the festival had a distinct reading style, which lent every evening a kind of smorgasbord appeal. At the same time, readers reacted and performed differently each night, depending on the venue and audience. From the quiet internal monologues of Pam Brown to the confrontational engagement of Philip Hammial and the lyrical robot language of Michael Farrell's experimental and at times silent poetry, attendees of the Micro-Festival were treated to a week of evening readings which were erratic and always entertaining.

Also featured in the festival were Louis Armand, the festival's organizer, and Vincent Farnsworth, both long-term Prague residents who were vitally active in the Prague poetry scene in erstwhile years, but recently have given only rare readings, making their participation especially enjoyable.

The festival began and ended at Shakespeare and Sons, a used bookstore and café in a quiet neighborhood catering equally to Czechs and expatriates. The quaint back room offered an ambient setting for the readings, with bookshelves insulating those gathered in good company.

The Globe bookstore and café, a centrally-located store which caters mostly to the expatriate community, hosted a mixer, complete with complementary refreshment courtesy of the Irish Embassy. Café Fra, a small Czech bookstore, hosted a rainy night of poetry in English and Czech, translated by hosts David Vichnar and Liz Skrbkova. Irish poet Justin Quinn read original work and translations of Czech poet Petr Borkovec, who gave a riveting reading in Czech.

Mid-week the intrepid international cadre of poets ventured four hours east to Brno, where they were graciously hosted by Sklenena Louka for an evening of wine and poetry in English and Czech in the Czech Republic's other capital. 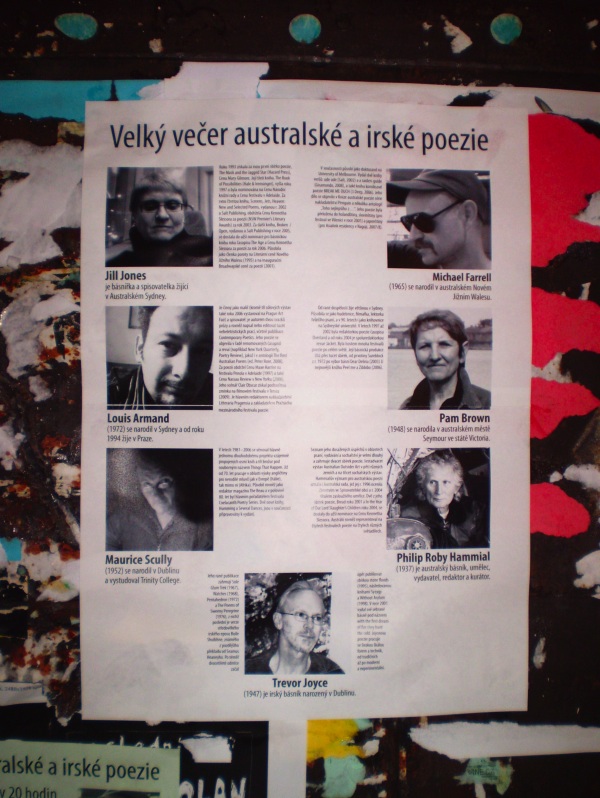 The Micro-Festival Poetry Series introduced some of the best contemporary Irish, American, Australian and Czech poets to English and Czech language audiences in Prague while introducing the city and the city's poets and literary journals, such as The Prague Revue, to international visitors. Most importantly for Prague residents, the festival built a rare bridge between Prague's academic poetry circles and those of the less-established younger generation. One can only hope this is the first of such expansively inclusive poetry festivals aided by the generosity of culturally-appreciative establishments in Prague and elsewhere. 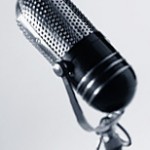 AUDIO RECORDINGS FROM THE FESTIVAL

Thanks to Vincent Farnsworth for his recordings of the poets' readings.