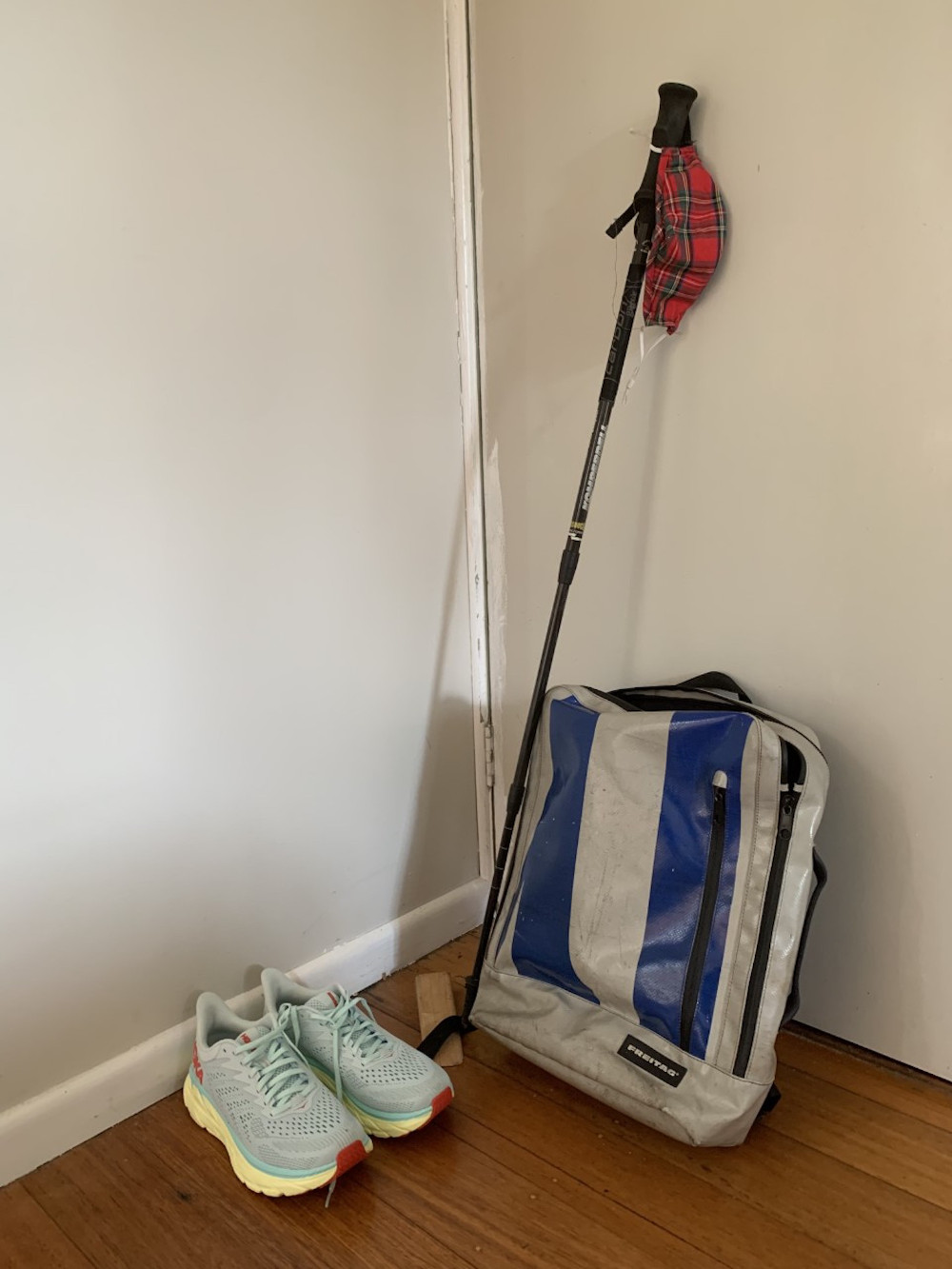 Khalid, Peta & Melody in Andy’s Words (Taking one sentence each)
One word that keeps coming to mind is reticence.
A kind of hesitation, but heavier.
I hover over the blank space – yes, even this blank space, one we’ve collectively decided to dive into without preciousness or pretension.
Because now – more than ever, or just more clearly than ever – it seems that the spaces are not empty.

Airborne droplets in our breaths.
The hidden histories inside our words.
Capitalism in our desires.

I think I’m ok with hesitation.
Though I have to say, I wanted to write this with less thought, more bodily, with less gazing out the window, less hovering over the backspace key.
Can we hug?
Have I brought my mask?
How will others take what I say?
What chaos will these theories reverberate with?

The cat is cleaning herself.
A ragged, diseased sulphur-crested cockatoo is eating seeds we tossed into the garden.
A rat is turning the compost.
Buds are forming on bare branches, ignorant and with something we humans might call hope.

I’m not saying anything extraordinary here, just wanting to repeat the mantra that has yet to sink properly in.

It’s better as a question, perhaps, how to love in the middle of crisis?

All, as 2001 Nokia
What does contradiction, borders and fear – or at the very least misinformation – have to do with essaying?

The act of essaying being a practice-of, or a practice-in, thinking. In nuance.

Thinking, being the thing we need now as much as ever. An ability to be in the thick of it without closing off or shutting down physiologically.