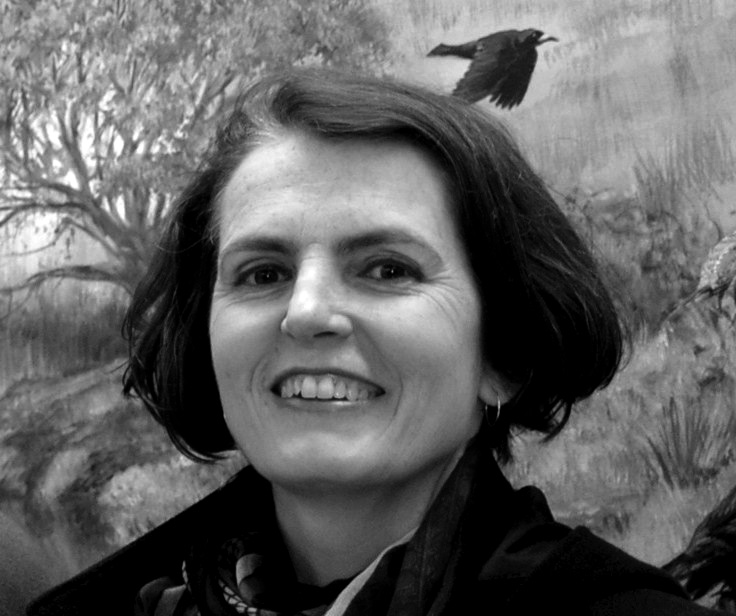 ‘Obsolete’ can only be neutral or pejorative; it is never a compliment. Even those who value the old, the superseded object or mode, are reinstating it so as to deny that the object or mode is obsolete. I can still use it.

Though you may be glad something is obsolete (an oppressive societal attitude, an exploitative work practice) or you may mourn it (you preferred that previous model), in neither case is the quality itself positive. Like ‘dead’, it is a word we seem to agree on. It is not something we want to be.

Yet while ‘dead’ in its literal sense can be firmly anchored by certain criteria, ‘obsolete’ is inherently shifty, as if we need to be told when it applies – and it may not apply in other places, for instance where a newer technology is unavailable. Obsolete for whom? Obsolete is an accusation that can be levelled at anyone or anything: a hot potato nobody wants to catch.

If you are afraid of social judgement you will abjure the obsolete, in case its properties should stick to you; if you are thrifty you will resent the label, because its application forces you to ‘keep up’ – that is, throw away or at best recycle. In a Carmelite monastery there is a room called The Tip, where old objects, parts, bits and bobs, odds and ends, have all been ditched – for retention – over many decades. When anything needs mending or replacing, those nuns will rummage in The Tip to find what they need, in line with their vow of poverty, which doesn’t mean doing-without so much as doing-with.

I’m not advocating a Carmelite way of life, just noting that separation from ‘the world’ can entail the persistence of an earlier mode (an obsolete practice?) that also internally resists obsolescence – you can fix or preserve or augment it, you don’t have to upgrade … It’s already a cliché (so what?) to point out that our parents’ or grandparents’ generation had a different relation to the durability of objects; it wasn’t just nuns.

Though the word impinges on so many fields, it was the technological aspect that first provoked this as a Cordite Poetry Review theme for me. There is shocking waste and exploitation allied to the concept of the obsolete in the writer’s working tools (try using a laptop for more than a few years; try getting it repaired; try not being pressured to acquire a newer gadget). If you resist upgrading (exactly as with cars) many people assume it’s because you’re stingy or stupid – why would you not want faster and better? A friend says jauntily – but do I detect a note of doggedness covering desperation? – ‘You have to keep up!’

However much we theorise or make into metaphor the obsolete and its near relations – waste, the redundant, the superseded – there is a real-world politics around them that cannot be rarefied away or rendered abstruse. The poems in this issue may address those matters directly, or may appear only tangentially connected, drawing on one aspect of the old, the former, the outmoded, the replaced, the now-absent: T. R. Hummer’s ‘Donkey’, for example, or J. P. Quinton’s ‘Seven Years, to the Day’.

In Sophie Mayer’s poem ‘Obsolute’ – its title drawn from a Scots form of the word – pun, Shakespearean-Dickinsonian-filmic allusion and disjunction combine and disperse to ask, ‘What country, friends,/ where analogue means proceed by metaphor, (dis)simulation,/ illusion; and digital, by hand’ and to contemplate the ‘End without world’ in which we seem caught.

Charmaine Papertalk-Green addresses Australian deployments of the obsolete in two poems – ‘Blinding Loyalty’ looks at the effect of technological change combined with employers’ indifference to the Yamaji worker where the overriding value is of the ‘Farmers wanting more from the land/ This was their priority – more, more, more’ – that force of repetition somehow resonating with Sophie Mayer’s ‘VOID VOID VOID VOID’ and the ‘syntax error, syntax error, syntax error’ of Samuel Wagan Watson’s ‘Some words no longer work’.

In a second poem published here, Papertalk-Green implicitly turns around the question of the obsolete in Australian racial/racist discourse and queries the persistence of ‘The White Australia Mindset’, ‘transferred from father to son/ Ensuring it survives down the line thru time’. ‘Obsolete’ encompasses so much more than objects or goods. Likewise, in an entirely different context but still interrogating ‘mindset’ about a country, Owen Gallagher, born in Scotland of Irish parents, deftly juxtaposes two succinct visions in ‘The Road to Ireland’, one aligned with romantic myths of the west, the other with the realities of community and politics. Scott-Patrick Mitchell, like Mayer, invokes Shakespeare via Louis Untermeyer and through The Tempest into the mining tropes of a state that has seen undertakings glorified with names like Prospero and Cosmos …

And from the UK, Simon Perril contributes two poems from a longer work in the voice of Neobule, daughter of Lycambes who broke off her engagement to ‘ancient Greece’s first lyric poet’ Archilochus, himself central to an earlier book of Perril’s. These poems, Perril says, ‘are entangled in the knotty roots of lyric and its negotiation of the nonsense of the body, with its babble of desires, urges and impulses. They particularly choreograph an incremental sense of the obsolescence of the physical, a perplexed state of slowly losing that body.’ Readers may look forward to the appearance of the full work with Shearsman in 2015.

Jennifer Clarvoe from the USA contextualises her ‘Barrow Ballad’ as written after a dream ‘in which there was a junkman named Harold, whose wheelbarrow was full of all kinds of junk that he took and re-made fantastically and then passed along to whoever wanted it. In the dream I could see into the barrow, but when I woke up, I couldn’t remember what I saw — just the song that Harold sang.’ Clarvoe had wanted, after her second book appeared, ‘to include more song-like poems in the next project, despite their seeming old-fashioned. Oddly enough, a number of these song-poems are, in one or another way, about trash, about things we throw away.’

This OBSOLETE issue invites readers to reconsider the throwaway – to rummage, revise and reassess in the imaginary office of lost property that some languages prefer to call ‘found’. It’s not about nostalgia; some things we need to lose. It’s about individual and collective responsibility and reinvention.

This entry was posted in ESSAYS and tagged Charmaine Papertalk-Green, J.P. Quinton, Jennifer Clarvoe, Scott-Patrick Mitchell, Simon Perril, Sophie Mayer, T R Hummer, Tracy Ryan. Bookmark the permalink.
Tracy Ryan was born in Western Australia but has also lived for long periods in the USA, the UK & Ireland. Her most recent book of poems is Unearthed (Fremantle Press, 2013) and her most recent novel is Claustrophobia (Transit Lounge, 2014).