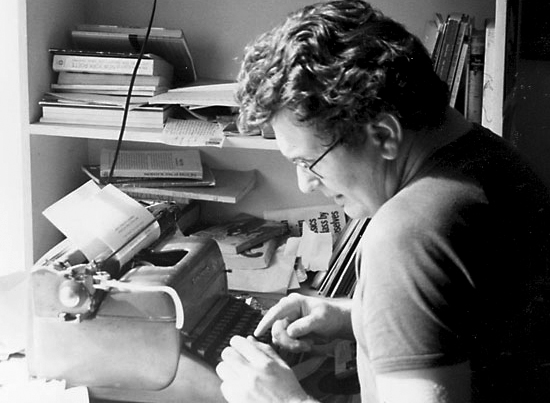 In a book on comedy, philosopher Alenka Zupančič has inadvertently discovered the key to the correlation of late twentieth century Australian poet John Forbes’s mastery of cultural imitation and his deconstruction of the mechanics of national identity so often queried in his work. Zupančič, infusing Friedrich Nietzsche, Henri Bergson, Gilles Deleuze, and Jacques Lacan, in a consideration of the relations assumed to exist between the vital and the mechanical, develops a theory of the comic as the maker of a ‘miraculous fluidity’. This fluidity stages new relations of conceptually opposed elements of the vital and the mechanical to effect a ‘staccato fluidity’ or continuity of interruptions constituted of the embroilment of one with the other (Zupančič 2008: 140). This essay pursues a realisation: it is the comic which in Forbes’s poetry illuminates cultural mechanisms. The comic is not, as is commonly accepted, a consequence of illumination.

The comic in my analysis of examples from John Forbes’s oeuvre is an inseparable coalition of intelligent analysis and destabilising recital of the mechanical gestures of Australian cultural memory. Zupančič’s use of Bergson’s famous dictum of the comic – ‘its ultimate formula: du mécanique plaqué sur du vivant – something mechanical encrusted upon the living’ (Zupančič 2008: 111) – illuminates something concealed in the relation between self and nation fantasised, I want to say, by John Forbes. What is concealed is the imitable (the mechanical) of the supposedly inimitable (the vital). Colonisation of the concept of the inimitable by the state – for example, the popular notion of national character – finds a counter-landscape in Forbes’s performance of objects in new relations. These new relations point to a miraculous comic vitality found in disinheriting the supposed national inimitability in Australia’s cultural consciousness by staging its imitability.

More specifically, the comic in the sense of Zupančič’s theorising of comic imitation and the role of mechanicity – or simulacrum, in the realm of representation – illustrates how the subject’s passage through the clichés of cultural inheritance revitalise a capacity to view what Zupančič has called ‘the precariousness of our world and its dependence on contingent mechanisms of the production of sense’ (143). This capacity to view precariousness is the counterpart of ‘miraculous fluidity’, a way of seeing the whole as a series of ‘contingent mechanisms’ that might play out otherwise. More often than not, this precariousness is felt in a mode of auto-portraiture presaging different subjective relations to nation.

‘The History of Nostalgia’ and ‘Anzac Day’

A review of a series of comic scenarios in Forbes’s work compiles a series of destinations that the comic arrives at in rethinking the vital’s relations to the mechanical within a recognisably national cultural sphere. Forbes’s method of encrustation of the mechanical on the living, following Bergson’s theory of comedy, is as a series of cultural mechanisms, often clichés, which prove to be enlivened by self-consciousness. Let me qualify that this self-consciousness is meant in the sense of lateral perspective and a quality of reflexivity, not the commonplace use of the word as hesitation or lack of self-esteem. In this sense, I am opposed to the view that self-consciousness in Forbes’s work is the moment of apprehension – a concept which contains stasis within it, as if to think were to freeze its energy – but rather commend to us the idea that the converse is true: at least in the two poems I consider for extended investigation, Forbes develops formal scenarios, themselves artificial, in which the speaker’s self-consciousness revitalises the deadness or lifelessness of cultural inheritance. In Forbes’s case, this inheritance is partly populated by the cultural clichés of Australia’s national character, a New World optimist in a tragic land, whose metonym is arguably the Anzac. This dead figure – literally, metaphorically, politically – rather than patently rejected by Forbes, is instead conducted into a milieu of absurd, mechanical life ‘clocking on’, which, like the dead in ‘A Loony Tune’, is like ‘a big Hullo / Echoed by the bodies turning over below’ (Forbes 2010: 201, 75). The colonisation of cultural memory and the gravity of inheritance are spheres that Forbes engages with time and again.

Forbes’s poems more generally show the Australian cultural character to be a series of repeatable gestures and operations which might be performed otherwise. The disappointing performance of the heroic Australian character, translated through all those often chauvinist forms of battler, roustabout, Anzac, or Olympian, is perhaps Forbes’s enduring comic mode of imitation. Poet Ken Bolton said that Forbes ‘was a realist – amused at his disappointment’ (Bolton 2004: n. pag). But something more than the failure of these types in the present is at work here, and more formal; indeed, like clowning, a very deep acknowledgement of typology is involved in Forbes’s sphere of precarious national signs. Namely, Forbes asks us to rethink how we remember.

As Zupančič has argued by extending Bergson’s idea of the comic in a very Deleuzian way, what is comic about the mechanical discovered as sublating the vital should be viewed as the open relation of stasis to vitality, their interchangeability, and not merely the seeming incongruity of discovering the vital to be mechanical, the unpredictable to be predictable. In the theatre of memory, as we shall see in Forbes’s poetry, the discovery of mechanisms which imitate vitality reveal to us how remembering differently further suggests a different sphere of the subject. First, let’s consider how the comic casts into doubt a fixed relation between the mechanical and the vital in the self:

if we stop to think about some examples of comic imitation, is it not only too obvious how it brings out the fact that it is precisely in this ‘exterior’ automatism that we are most ‘ourselves’ (and not that we cease to be ourselves)? A good imitator always imitates precisely our singularity, the uniqueness of our tics and gestures, and of their combination. He imitates our very difference, specificity, individuality; he imitates our inimitability, and makes it a matter of repetition – it is precisely this that accounts for the comic effect (Zupančič 2008: 117)

Elsewhere in the book, Zupančič shows that the concepts of mechanicity and vitality are predicated upon the a priori concept of repetition, following Deleuze’s use of Nietzsche in Difference and Repetition (Deleuze 2009). Without going into detail, at least in Zupančič’s usage the key point about viewing repetition in a Deleuzian sense is that repetition is the result of the differentiations emergent from difference’s intensity: ‘a’ is the same as ‘b’ when differentiation has produced two objects ‘a’ and ‘b’ which are two different objects numerically different but which have been differentiated as the same. Regarding selfhood, for Deleuze after Bergson and Nietzsche, the self is what has repeated me, which more often apparent as your memory (in both senses of the expression) and what differentiates you in time. ‘[R]epetition as the differenciator [sic] of difference,’ is the kernel of Deleuze’s schema (Deleuze 2009: 97).

Pages: 1 2 3 4 5
This entry was posted in ESSAYS, SCHOLARLY and tagged Alenka Zupančič, Corey Wakeling, Gig Ryan, Gilles Deleuze, John Forbes. Bookmark the permalink.
Corey Wakeling is a writer and critic living in Tokyo. He is the author of collections Gargantuan Terrier, Buggy or Dinghy (Vagabond Press 2012), Goad Omen (Giramondo 2013), and The Alarming Conservatory (Giramondo 2018), and a monograph on Samuel Beckett's dramaturgy entitled Beckett's Laboratory: Experiments in the Theatre Enclosure (Methuen Bloomsbury 2021). Corey holds a PhD in English and Theatre Studies from the University of Melbourne. His next collection is entitled Debts of the Robots.