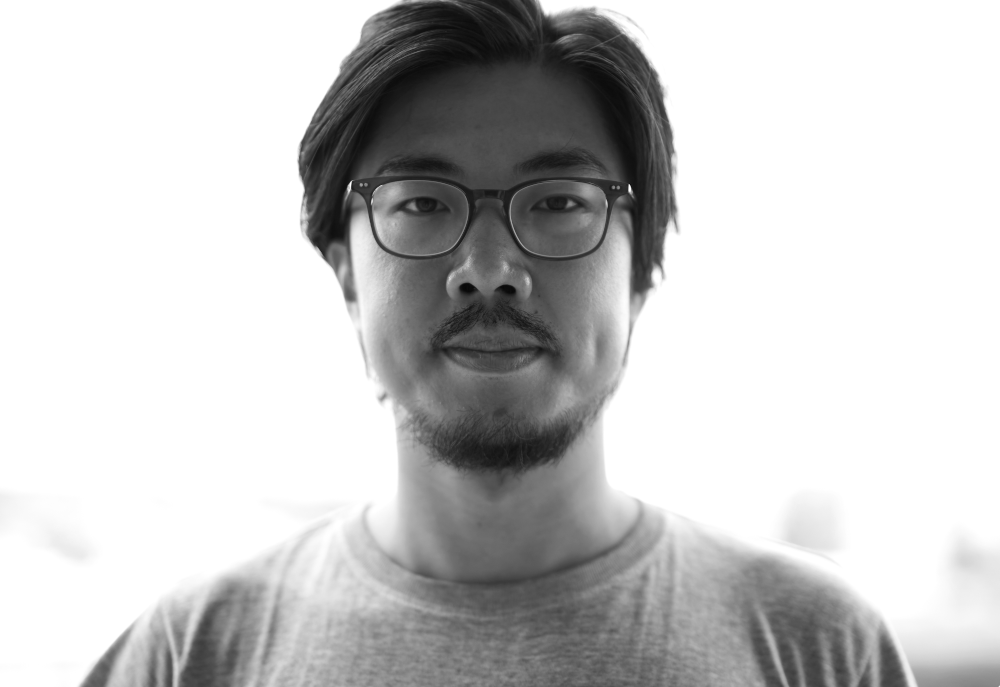 ‘Criticism is committed … to helping us to understand poems as significant utterances. But it must ensure that in its desire to produce ultimate meaning it does not purchase intelligibility at the cost of blindness: blindness to the complexity of those non-meaningful features which differentiate poetry from everyday language and make it something other than an external thematic statement about an already-known world.’ (Veronica Forrest-Thomson)

I take my title and epigraph from Veronica Forrest-Thomson’s separatist manifesto, Poetic Artifice: A Theory of Twentieth-Century Poetry. First published posthumously in 1978, Poetic Artifice is more than what its unassumingly vague subtitle suggests. In addition to being a ‘theory of twentieth-century poetry’, it is also: an ABC of reading, an extended argument with the critic William Empson, a critical genealogy of technical innovations from John Donne to Dada, and a fanatically clear-sighted insistence that poems use language other than to exchange facts and observations about the world outside themselves. The ‘Artifice’ in Forrest-Thomson’s title is the name for the total process by which a poem marks language – adding emphasis through typography and lineation, rhyme, metrico-rhythmic patterning, etc. – so as to hijack its ordinary communicative usages and arrive at a meaning that is as much about itself as it is about the world at large, a meaning that subsumes thematic content under a larger concern about the efficacy of its own meaning-making structures.

Forrest-Thomson was by no means the first person to make such a claim. Much in the way that Artifice works through a play of poetry’s continuity and discontinuity with other language games, her theory is less a radical break than a pivotal node in an experimental tradition running from Russian formalism to American L=A=N=G=U=A=G=E poetry, a tradition which we might define as broadly ‘anti-realist’. While this is not a tradition to which Australian poetry has historically been indifferent, Forrest-Thomson’s critical and creative work, curtailed by her early death at the age of 27, remains largely unread outside of relatively small coteries in North America and England,.

So why bring Veronica Forrest-Thomson into a discussion of Asian Australian poetry? There are a couple of circumstantial coincidences: she was born in British Malaya (her father was a rubber planter) and found an able and sympathetic expositor in the Australian poet Martin Harrison, who gave a 1979 ABC Radio talk on Poetic Artifice. But the main reason has to do with the critical austerity that is her counsel, the vehemence of her objection to what she calls ‘bad naturalisation’ – a way of reading that by-passes or liquidates ‘the complexity of those non-meaningful features which differentiate poetry from everyday language and make it something other than an external thematic statement about an already-known world’. It is an arresting and somewhat aggravating provocation: that in our ‘unseemly rush from words to world’ (as she puts it), we overlook much – if not all – that makes a poem, well, a poem.

While the categories of identity that are part of our critical orthodoxy do not feature in Forrest-Thomson’s study (all her case studies are white and only two – Edith Sitwell and Sylvia Plath – are women), I find her notion of the ‘bad naturalisation’ particularly suggestive. For ‘naturalisation’ also happens to denote the legal process by which a non-native resident of a country becomes a citizen; and Poetic Artifice’s main argument, we could say, pertains to poetry’s equivocal citizenship in the many worlds of discourse it constantly traverses. Rootlessly cosmopolitan – as fluent in the parlance of the office as in the language of the bedroom, in the theorems of science as in the paradoxes of theology – poetry is a perennial migrant in the republic of letters.

In what follows – a close-reading of three of the thirty poems sedulously edited by Bella Li – I wish to elaborate upon this hint that our negotiation of poetry’s generic difference may set a kind of precedent for our encounters with difference in other orders of meaning and being. I’ve chosen work by three younger poets representing what I take to be a generational congeniality towards Artifice and a shared instinctive appetite for the effects of aesthetic distancing. In their Artificing, one notices a sense of belatedness, a removal from – and perhaps a certain skepticism about – more securely transparent forms of personal testimony with their attendant authenticating affects.

The interplay between the two senses of ‘naturalisation’ – as the domestication of meaning on the one hand and the legitimation of community membership on the other – appears to offer a way into a poem such as Vidya Rajan’s ‘Untitled Wild Geese Game’, a mashup of Mary Oliver’s much anthologised poem ‘Wild Geese’ and the indie video game Untitled Goose Game. A ‘bad naturalisation’ of it may read something like this:

‘Untitled Wild Geese Game’ is a migration poem askew – one that displaces the pathos of the diasporic crossing of geographical latitudes (a residue of which persists in the conventionalised image of the goose) with a wry awareness of the behavioural latitude (or the lack thereof) permitted under model minority citizenship (‘very few / of the people I know enjoy / the grace of mistakes’). The ambivalence of the poem’s attitude is captured perfectly in its subtitle: ‘[sorry Mary Oliver] [sorry House House]’, where the ‘sorry’ transfuses an unrepentant insouciance (‘sorry I’m not sorry!’) into a pro forma display of filial piety (an acknowledgement of sources being a kind of ancestor worship, textually speaking). This way of being bad at being good is, of course, the inverse of the objective in Untitled Goose Game, where, as the eponymous goose charged with wreaking havoc on an English village, one ‘gets good’ (in gamers’ parlance) at being bad.

This reading, while capturing some of the poem’s ironic inflections, proceeds from certain assumptions about who the ‘I’, ‘we’, and ‘the people’ in the poem are – that is, from fixing the identity (with some help from the geographical coordinates provided in the poem itself) of what linguists call shifters, those grammatical constituents (pronouns or adverbs such as ‘now’, ‘then’) whose meanings shift according to the context of utterance. What about this poem do we recoup if we forego these assumptions? What part of our vision is restored if we lose this crux of intelligibility?

We might be able, for instance, to think about the poem’s concern with the relationship between permissiveness and kinship – as well as its comic improvisations upon its source material – through the conventions of pastoral. When we substitute a generic ‘I’ for an empirical one, we see that the speaker’s unforced eloquence, ranging from the slight wistfulness of ‘very few / of the people I know enjoy / the grace of mistakes’ to the rancor of ‘this or that / shithole country of origin stress’, is reminiscent of that of a figure such as Meliboeus, one of Vergil’s herdsmen in Eclogues I, whose fortunes are similarly hostage to the arbitrary determinations of the imperial centre. That very sense of arbitrariness is also conveyed by the anecdotal informality of the lines in ‘Untitled Wild Geese Game’ that most explicitly engage with the history of empire:

Tonally and typographically, these lines are bracketed, passed off as a kind of small talk (which in pastoral is always thinly-veiled big talk). If there is a ray of migrant pathos here, it passes through the diffractive medium of pastoral melancholia – it is not just a family story being presented here, but a story about ‘the history and family of things’.

In examining ‘Untitled Wild Geese Game’ under the aspect of pastoral conventions, we might also be alerted to the way in which human-animal relations are mediated through this poem’s cacophonous soundscape. More than any of its discursive statements, it is the poem’s sonic exuberance that performs the most wholesale critique of Oliver’s catholicity about ‘the family of things’ (the concluding phrase in ‘Wild Geese’), a disclosure Oliver arrives at through a stateliness of repetition and address over which Rajan rides roughshod. Bits of verbal spare change – ‘like’, ‘cute’, ‘ew’, ‘um’ – are placed at line-endings to emphasise the porousness of the boundary between the semantic and non-semantic. It is a poem highly attuned to its own trafficking in noise. We can detect, for instance, a sort of counterpoint between the lexical and phonological repertoire centred around -es words (‘geese’, ‘knees’, ‘less’, ‘stress’) – all of which thematise psychic and corporeal vulnerability – and the cluster of -on words (‘honk’, ‘dominion’, ‘imagination’, ‘lonely’, ‘moon’) – words which mark moments of self-possession. The decisive change is rung at the conclusion, where an adaptation of ‘Fly Me to the Moon’ (‘Honk me to the moon! / Let me honk among the stars! / Let me see what honk is like on / Jupiter and Mars!’) tunes the poem to a new key – of wilfulness, if not freedom.

Pages: 1 2 3 4
This entry was posted in ESSAYS and tagged Bella Li, Cher Tan, Grace Ugamay Dulawan, James Jiang, Veronica Forrest-Thomson, Vidya Rajan. Bookmark the permalink.
James Jiang is a writer, editor and recovering academic based in Brisbane. His work has been published in a variety of venues in Australia (Sydney Review of Books, Australian Book Review, LIMINAL Magazine) and abroad (Cambridge Quarterly, Ploughshares, Modernism/modernity). He holds a PhD in modernist poetry and poetics from the University of Cambridge, and taught literature and thesis-writing at the University of Melbourne for a number of years. His interests range across poetry (contemporary and historical), the history and theory of criticism, and translation. He is Assistant Editor at Griffith Review.