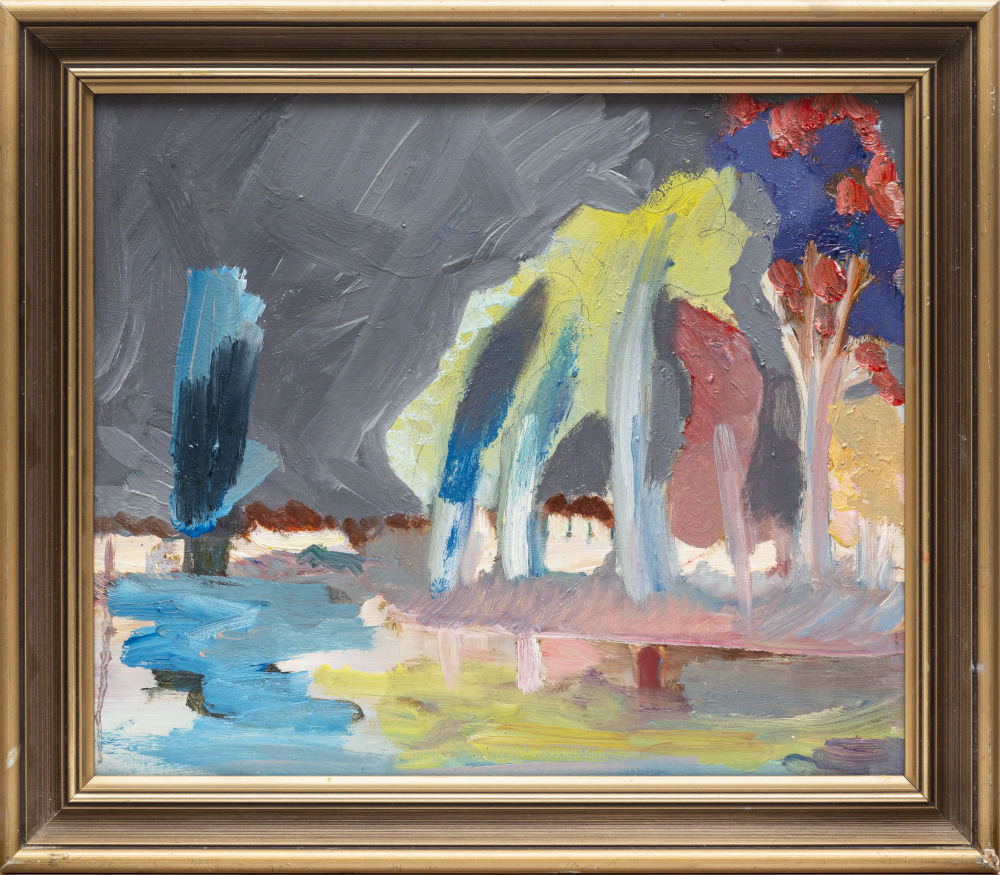 My painting practice explores the emotional and psychological aspects of a person’s life, and is informed by my own quest to find my place in the world as a migrant settler in Australia. Painting new paintings on top of old paintings is a way to create spaces on existing ones, understanding that the present is made up from elements of the past. Painting directly on top of another painting is not about erasing the past, but creating a new perspective, a mosaic of things that makes a new place.

By choosing to de-frame, re-paint, re-frame and then re-define an existing painting is to demand space where there was none, to add a new time dimension to an existing one. The physical act of adding a painting on top of another image or painting is to add layers of time, space, place and history instead of creating a wholly separate figurative world – rejecting the notion of othering. This rejection is the driving force behind my artistic practice as I seek to create works that do not explicitly showcase my identity but rather, allow the action of reclamation to be my agenda.

Let’s Pull Things Apart Together was developed by Karima Baadilla during her time in RESIDENCE at Footscray Community Arts, 2021.

This entry was posted in ARTWORKS. Bookmark the permalink.
Karima Baadilla has exhibited widely across Australia with her works held in a number of private collections both locally and internationally. In 2021 Baadilla won the Mark Brabham Emerging Artist Award presented as part of the Klytie Pate Ceramics Awards. In 2020 she was a finalist for a number of art prizes including the prestigious Bayside Acquisitive Prize (VIC), The Stanthorpe Art Prize (QLD), Muswellbrook Art Prize (NSW), and Collie Art Prize (WA). Karima was also the recipient of the Maribyrnong Rapid Grant funded by The City of Maribyrnong (VIC) and The Sidney Myer Grant funded by The Myer Foundation in 2020. Most recently in 2022 Baadilla launched her first solo exhibition at Footscray Arts Centre (VIC) as a culmination of their residency program ‘RESIDENCE’ which she was selected as a participant for at the end of 2021.