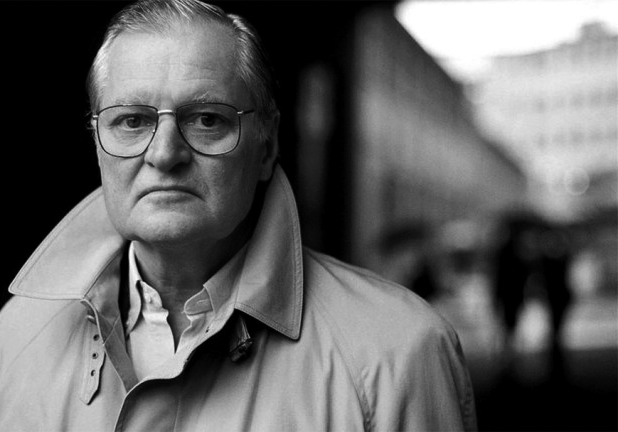 The focus of this essay is The Double Dream of Spring.1 In the context of John Ashbery’s long career it is possible to a claim a particular significance for that book. Published in 1970, it was the first volume he wrote after re-settling in the United States in 1965, having lived in Paris for the best part of a decade. It was also the book in which he arrived at a kind of poem – ‘Soonest Mended’ is an example, but so are several others, ‘Evening in the Country’, say, or ‘The Bungalows’ – that established a way of configuring voice, narrative trajectory, human relations and cultural reference that would become recognisable as characteristically Ashberyan. It is not, though, within the context of the narrative of Ashbery’s development, that I want to look at The Double Dream of Spring. What I want to consider instead is how, as a stand-alone work, that volume enables us to think, the kind of intellectual act it allows us, now, to engage in. To do that, it is necessary to shift the historical angle of vision just a little. I want, that is, to read The Double Dream of Spring through, or rather in the light of, Olson.

To a degree that has been obscured, and is quite difficult even now to recover, Olson’s perspective on American poetry of the 1960s held a certain dominance. One measure of that dominance was Donald Allen’s anthology,2 The New American Poetry. Published in 1960, while Ashbery was in Paris, Allen’s anthology was the defining event of the postwar poetic avant-garde. With British publication following a year later, the anthology projected a body of experimental work to new audiences in a way that no such body of work had been projected before or has been since. For reasons to do with geographical distance perhaps, but also, no doubt, for reasons of editorial taste, Ashbery’s presence in the anthology was minimal. Where O’Hara was represented by 15 poems (‘In Memory of my Feelings’ and ‘Ode to Michael Goldberg (‘s Birth and Other Births)’ among them) along with a statement of poetics, Ashbery is glimpsed through ‘A Boy’, ‘The Instruction Manual’ and ‘How Much Longer Will I Be Able to Inhabit the Divine Sepulcher …’.3 Relative to several major careers that were clearly already under way at the moment of the anthology’s publication, Ashbery’s trajectory, as anticipated by Allen’s selection, would have seemed far from certain.

The major figure of the anthology was Olson. This is apparent from the range and aesthetic assurance of the poems Allen presented and with which the anthology opened, among them, ‘The Kingfishers’, ‘Maximus to himself’, ‘As the Dead Prey Upon Us’ and ‘The Distances’. More than this, in his introduction (and with reference to the statements on poetics) Allen proclaimed Olson’s centrality:

Charles Olson’s “Projective Verse” essay and his letter to Elaine Feinstein present the dominant new double concept: “composition by field” and the poet’s “stance toward reality”.4

Behind this double-concept, and behind the concept of ‘composition by field’ in particular, was the principle Olson had established as early as 1947 in Call Me Ishmael:

I take SPACE to be the central fact to man born in America, from Folsom cave to now. I spell it large because it comes large here. Large, and without mercy …5

There is much to argue over in the American vision of space Olson offers in the opening sentences of his treatise on Melville (much that Olson himself at times contested), just as there is much to dispute in Allen’s construction, in his anthology, of a national poetic project – and in ways both explicit and implicit some of the argument will be had here.6 What I want to recover at the outset, however, is simply the prominence of Olson’s thinking, of his conceptual framework, in avant-garde North American poetry of the 1960s. Such prominence was subsequently underscored by Olson’s headline appearances at two of the key poetic gatherings of the mid-sixites, the Vancouver Poetry conference of 1963 and the Berkeley conference of 1965; events that were followed by the publication of Maximus Poems IV, V, VI, the second volume of his major work, in 1968. It was a degree of influence, moreovoer, measurable by the urge other writers felt to differentiate themselves from his position. As James Schuyler wrote to Chester Kallman, with reference to the prominence of Black Mountain poetics in Allen’s anthology, and explaining the impulse behind the upcoming New York School journal Locus Solus:

I and ‘others’ (it is a deep secret; the other is John Ashbery) are invisibly editing an anthology-magazine … Part of its unstated objective is as a riposte at The New American Poetry, which has so thoroughly misrpresented so many of us – not completely, but the implications of context are rather overwhelming.7

In light of Olson’s dominant framework, then, with its radical implications for poetic method and its complex implications for political geography, I want to propose that in The Double Dream of Spring, Ashbery presents what we might think of as a counter poetics of space; a counter poetics that can help us to understand the construction of space in our own, geographically fraught moment. Here is an example of Ashberyan space, sampled at length, from ‘Sunrise in Suburbia’:

Taking a series of pointers from Ashbery himself, the aim of this essay is to re-construct the narrative of twentieth-century space that this poetry calls on and enables us to understand. The contention is not that, in arriving at such a poetry, Ashbery was in any direct sense (whether reactive or otherwise) influenced by a close reading of Olson, but rather that in the Olsonian moment of the mid- to late sixties, The Double Dream of Spring (like Ed Dorn’s Geography and like J H Prynne’s The White Stones) offered a vision of space that in some sense meant to measure up to Olson.8 One way to discern the scope of that vision is through the author’s notes at the end of the book. By no stretch of the imagination a surrogate statement on poetics, and certainly hardly an Eliotic consolidation of literary intent, Ashbery’s notes are nonetheless subtly co-ordinated, pointing us, if we are willing to go there, toward an aesthetic of dislocation.

Pages: 1 2 3 4 5
This entry was posted in SCHOLARLY and tagged Charles Olson, David Herd, Giorgio Agamben, Giorgio de Chirico, Johanna Arendt, John Ashbery, Martin Heidegger. Bookmark the permalink.
David Herd’s collections of poetry include All Just (Carcanet, 2012) and Outwith (Bookthug, 2012). His work has appeared in various international journals, including Blackbox Manifold, Like Starlings, Mascara, nY and Otoliths and he has given readings in Australia, Belgium Canada, France and the UK. He is the author of two critical works, John Ashbery and American Poetry and Enthusiast! Essays on Modern American Literature and his essays and reviews have been widely published in journals, magazines and newspapers. His recent writings on poetry and politics have appeared in PN Review, Parallax, Almost Island and The Oxford Handbook of Contemporary British and Irish Poetry.