The Huntsman of the Rubáiyat: J H Prynne and Peter Henry Lepus Go to Abu Ghraib 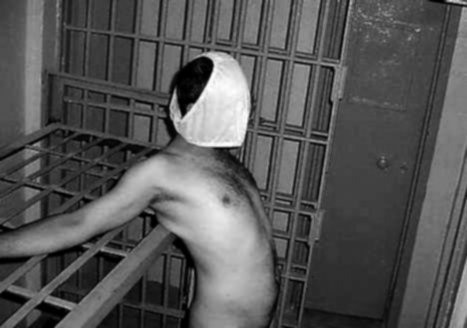 Minor cultures are not only represented by poetry written in response to state violence. With each such poetic utterance, they are maintained as agential entities. Michael Richardson, in his forthcoming book, Gestures of Testimony: Torture, Trauma, and Affect in Literature (Bloomsbury, 2016) tracks various examples of these linguistic productions, investigating in part ‘how poetry can resist power even from within almost complete subjection.’ He suggests that the Bush Administration’s Torture Memos, memoirs of detainees and their interrogators, and the work of Guantanamo Bay’s prisoner poets show that the intensity of State violence cannot be contained in the body of the victim, nor in the body of the State. Its affectivity prompts writing from both within and without the State/victim relationship. English poet, J.H. Prynne, and the late Australian poet, J.S. Harry, are two external observers of this relationship. Their writing in response to the coalition occupation of Iraq in 2003 is the main subject of this essay.

Poetry is perhaps the original medium for recording the effects of state action on minor bodies. An example is the inscription carved at Thermopylae in 480 BC, perhaps by Simonides, and attested by Herodotus.1 It commemorates the Spartan, Theban, and Thespian soldiers who died protecting the retreat of King Leonidas of Sparta from Xerxes of Persia following the battle of Thermopylae, probably the most famous in Western history. In the epigraph to his poem, ‘Inscription for a War,’ Australian poet A.D. Hope translates the Thermopylae inscription thus:

This is a fairly neutral rendering compared to Hope’s following poem, which also serves as a translation of the inscription:

Hope was rarely political, but he did publicly condemn Australia’s involvement in the Vietnam war.2 This poem, written in the late 60s, is reminiscent of many other contemporaneous anti-war poems. It also leaves us with a strikingly different image of the much-mythologised ‘Spartan 300’ to that which has been deposited by most major motion picture representations, such as Zack Snyder’s 2007 version.

Ioannis Ziogas argues that the inscription’s ‘laconic’ style – that is, the concise and allusive style of poetry written by the Lacedaemonians – lends it readily to ‘minor’ re-imaginings, such as Hope’s.3 That is to say, there is enough ambiguity in the inscription for it to be interpreted in a number of different ways. Hope’s translation of the Greek here, in epigraph and poem, takes advantage of that laconic style, using it to evoke a sense of futility: the poem stops abruptly with the word ‘dead’; a stultifying iambic tetrameter is used alongside all-too-neat rhyming couplets; and while it would not be adventurous to suggest that the speaker is being sarcastic, it is interesting to consider that, such is the situation’s futility, he is being sarcastic about his own sarcasm. Perhaps this is the result of a certain kind of state violence, enacted on the functionaries of a state by its own executive powers.

Using this example prompts a couple of key points regarding the potential for poetry and poeticisation to be the cultural implement we use to process state violence. First, poetry is an effective medium for the disruption of major cultural narratives. The inscription at Thermopylae is often used to firm up a narrative of the glory of war and state allegiance. Hope’s translation resists this narrative. Which leads to the second point: translation, mistranslation, or trans-translation is either an important tool for such disruption, or it constitutes the disruption.

Arguably the most vivid twenty-first century example of state violence in the West was committed at Abu Ghraib prison. Immediately following the collapse of Saddam Hussein’s regime in April 2003, his notorious prison at Abu Ghraib, west of Baghdad, which housed 50,000 inmates in appalling conditions, was taken over by the US military. Its detainees were common criminals, suspects of crimes against the coalition, ‘high value’ leaders of the insurgency, and, often, law-abiding civilians rounded up in the course of the coalition’s broad daily street-sweeps.

Breaking details of the story in The New Yorker, American investigative journalist Seymour Hersh quotes Major General Antonio Taguba’s leaked 2004 report, which finds that between October and December of 2003 ‘there were numerous incidences of ‘sadistic, blatant, and wanton criminal abuses’ (by military prison officers on detainees) at Abu Ghraib.’4 The report describes some of these abuses:

The torturers took graphic photos of these practices. The photos spread, contributing to unprecedented media coverage. As Hersh suggests, Abu Ghraib would not have resonated the way it did without the existence of these images and their almost unmitigated carriage through media channels. Imagery also appears to play a particularly large role in poetic responses to this peak event in US-led state violence.

Pages: 1 2 3
This entry was posted in ESSAYS and tagged Giorgio Agamben, J S Harry, J.H. Prynne, Seymour Hersh, Simon Eales. Bookmark the permalink.
Simon Eales is an artist and researcher from Melbourne, Australia. He lives in Buffalo, New York where he is working towards a PhD in the Poetics Program at the University at Buffalo.