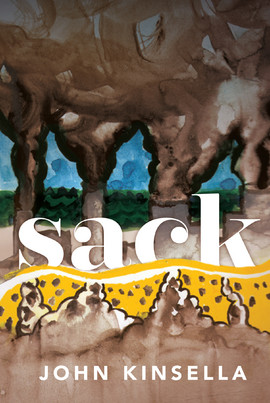 In the first rabbit poems by the late J S Harry, her rabbit-character, Peter Henry Lepus, is thrown into a number of desolate or alien environments. Peter is ‘dumped … on the Desert of Sense’, ‘comes to … FORTY-THREE BLENDS / OF DUSTED-OFF & SUNDRIED RATIONALISM’, and ‘gets lost in “Calcutta” / on his way to visit Farmer McGruber’s vegetable patch.’1 He is displaced most comprehensively in the middle of Iraq, 2003, a warzone that amplifies his naïve and interlopic perspective. Such meaning-deprived contexts let Harry explore belonging, identity, and the stability of concepts themselves. In the poem, ‘Small & Rural’, for example:

– when he comes to a paddock which pens similar ontological indeterminacies to those of his self. There exists, firstly, the paddock’s OED-style meaning: ‘a small field or enclosure, usually a plot / of pastureland, adjoining a stable’; then its poetic meaning, which incorporates geographically specific information; psychotherapeutic semiotics; other things ‘the word paddock’ could stand for; the word’s etymology; and the behaviour that this entire network facilitates or does not facilitate. It is important for Harry’s Peter, perhaps because of this semiotic vulnerability, that ‘the pads & stink’ of predators like ‘the dog fox & vixen’ remain absent from these paddocks. He is also only a rabbit, after all.2

We can consider the paddocks of John Kinsella’s sack to be constituted by a similar ontological indeterminacy. However, Kinsella’s are utterly littered with the kinds of hazards that worry Harry’s Peter. In Kinsella’s poem ‘Peter Negotiates the House Paddock, 1965’ – as far as I know, Kinsella’s Peter is not a rabbit, and is unrelated to Harry’s – there is ‘bent deadwood threatening to grow, and kinked tetanus-wire of fences’; there are ‘gwarder and dugite’ snakes, and ‘in hollows … foxes and rabbits plan for the coming crops in related but contrary ways’. Not only hazardous, Kinsella’s paddocks contrast to Harry’s as they are simultaneously fecund and bisected by man- and tectonically-made divisions: ‘Lines of bricks buried up to fetlocks show whole garden- / beds ready to be.’ (Later, in ‘Penillion of Stanbury Moor’: ‘Segmentation / Of field – flection / Of plastic bound / Bales; that moss-stoned / Vista across / The weir’). They are paddocks powered by the inexorable earth, and they transport the providential history of local lore.3

Kinsella’s ‘Peter’ poem ends with a reflection on ‘this’ poem and how we might interpret its particular attitude to history:

Penumbral imagery, and that of grey-zones, suffused light, haloes, and negative space, fill sack. It suggests that environmental conditions and effects, as much as bodily material, constitutes objectivity. Like Wittgenstein’s ladder, ‘this’ poem is merely a beginning and must be discarded if we are to proceed to life. There is always more, and, in sack, more is more connection, not more content. It vigorously reanimates old forms and past lives, and its subjects are revealed in expressionistic dash-strokes:

Objects are both the main players here, and merely many small epicentres of the action.

Similarly, Kinsella turns something like the ‘desolate grey’ of A D Hope’s ‘Nation’ to affective productivity at a cosmic level.4 In ‘Penillion of Grey’: ‘Evening grey / will have its say: / Total presence, / Complete absence’. In the immediately following ‘Penillion of Summer Grey: Wheatbelt Fire’ – one of many poems in sack set within the wheatfields of Western Australia – the concept of grey is articulated with human complexity. Grey, as the poem’s epigraph quoting Delmore Schwartz intimates, is a kind of becoming-strange.5 It is what we observe when we cannot yet accurately entitle the phenomenological state of play.

We are left with this post-colonic dump of grey deadness (‘charred, ashen’) yet before that, and after, the poem’s enjambment emphatically accents the bushfires chemical reactivity.

Kinsella’s meditations proceeding from, or within, this world of ‘duns’ – like in his earlier poem, ‘A Cardinal Influences Peripheral Sight’ where duns join ‘browns’ and ‘scoriae’ as synonyms for confused or pre-cognate meaning – mark two significant elements of his poetic.6 First: writing the duns-world (also dunce-world, à la Pope) allows him to import memory, fantasy, research, and politics free from the burden of interpretable accuracy. Kinsella stages the collation and transformation of these elements in poems like ‘Pillage’, which compares the eco-conscious conceit of aluminium-producing conglomerate, Alcoa, to the childish notion that moving tadpoles from their mining-threatened natural homes to ‘an old concrete double-sided washtub’ is ‘a kind of liberty:

This attitude of detached awareness is inherently eco-logical, and leads to the second, mundane, element of sack’s grey-zone/duns-world poetics: the extraordinary is located at the familiar; the universal at the particular. Grey/duns is not exported or implanted. It is the by-product, and quality, of systemic phenomena. Like his real-life property, Jam Tree Gully, Kinsella returns grey/duns to nature, where ‘nature’ is itself in free and organic play.7 Consider ‘Penillion of Tuning the Harpsichord (for J Mattheson’s Harpsichord Suite no. 12 in F Minor as tuned and played by Dan Tidhar at the Fitzwilliam)’, whose very title portrays the deepening of a singular event into poetry, and suggests that symphonic music is possible from any one thing:

Pages: 1 2
This entry was posted in BOOK REVIEWS and tagged John Kinsella, Simon Eales. Bookmark the permalink.
Simon Eales is an artist and researcher from Melbourne, Australia. He lives in Buffalo, New York where he is working towards a PhD in the Poetics Program at the University at Buffalo.