To Outlive a Home: Poetics of a Crumbling Domestic 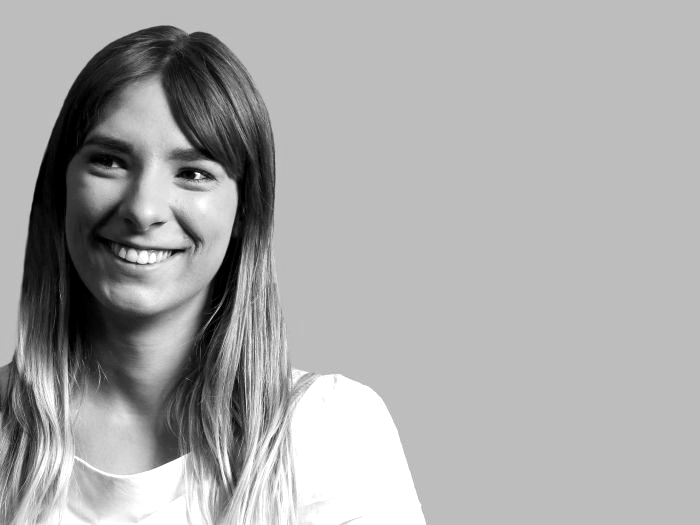 J’s place is hard to see from the street. The ferns and crepe myrtle have eaten into the slumped fence, and the ivy and jacaranda have swallowed all but a few bricks of the garden wall. Out the back the crumbling façade of the half-condemned late 1860s mansion is held up as much by tree as it is by stone, so we hang water dishes and seed feeders from the encroaching branches for the birds and brushtails that live here as much as we do. In winter it’s a struggle to seal out the drafts, and in summer it’s a battle to keep the mozzies at bay as we lie in musty, sticky heat. I’ve been slowly moving my things into available gaps around the flat, which was awkwardly adapted out of the servants’ quarters sometime over the last century. It’s weird and pokey, but we love the quiet beauty of the house and everything trying to reclaim it. It’s what we can afford as we work arrays of casual jobs to prepare ourselves for our aspirational academic middle-classery. Here we can get pot plants and pretend we’re only pretending at our economic and geographic origins, strolling over to the gentrified side of the train tracks for flat whites and avocado smashes with the trendy young dickheads strolling West from North and East Sydney after dumping their law degrees and parental expectations. I know that it’s mostly just the proximate aesthetics which separate structures like this charmingly dilapidated outer-inner-Western Sydney pile from my nan’s old asbestos modular farmhouse with its galvinised piping and shanty shed supplementations up the coast.  We’re taught to aspire to something bigger than we came from. Maybe one day we might have money enough to push my people out of Redfern or Waterloo. Maybe if we become rich, we can buy stolen land on my Country. 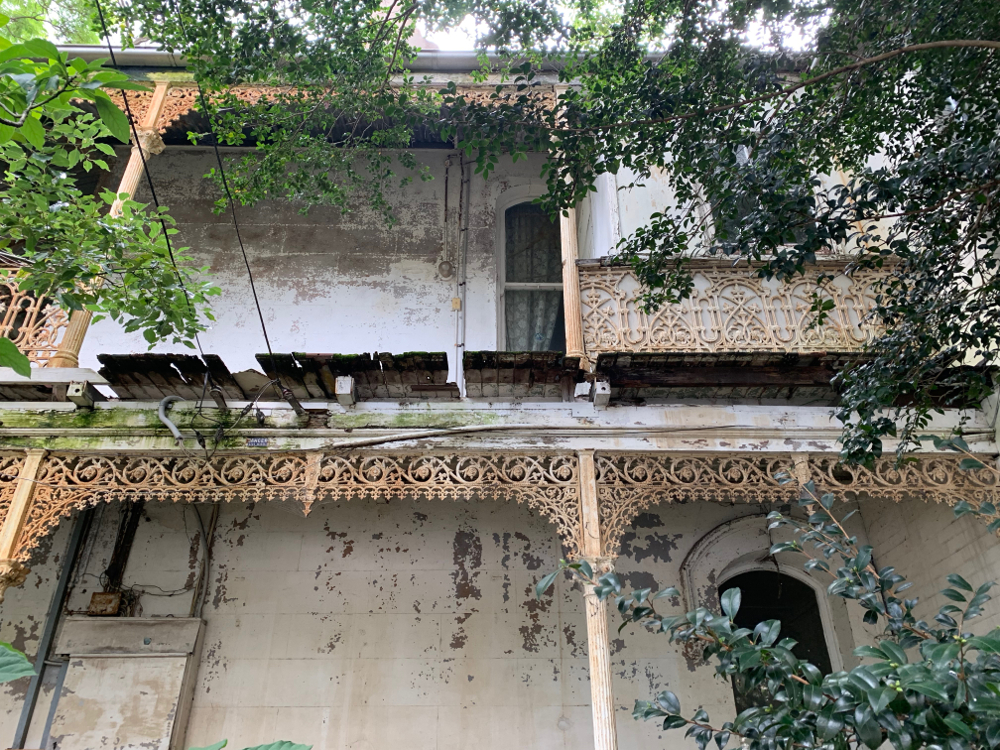 Heidegger claims that to be human is to dwell and build. The everyday might retract something primal from our understanding of this aspect of our nature, but linguistic history retains the central provisions: that building itself is dwelling; that dwelling is what mortals do on earth; and that there are modes of building which grow and cultivate and modes which erect new structures. The plight of dwelling is not a material one, such as housing shortages or economic limitations, it’s our forgetfulness of this history of meaning and our own mortality which necessitates mankind’s constant need to create new meaning and place, a struggle which will remain a torment until the struggle itself is understood for its own terms. What humans need to sustain, according to Heidegger, is the relation of land, sky, mortals and the divine, so they might build and dwell in the true nature of the earth without exploitation.

Heidegger was not the first and is by no means the last to propose symbolic terms for a material crisis. His writings on this condition of existential homelessness take cues from the work of Friedrich Hölderlin, particularly poems such as In Lovely Blue and Man, which oscillate between the despairing realisation that nature, not man, is the image of the divine, and the assumption of a natural world which is fundamentally responsive and servient to the exceptionalism of mankind. These contradictory impulses and the symbolisms they negotiate compete within the predication of Western possession and can be seen elsewhere in empire. In early colonial Australia, the perceived hostility of the land to Western forms of building and cultivation produced an array of visual and literary tropes of hardship and resistance in which notions of home and homeliness anxiously deliberate cultural and geographic distance from the imperial centre. As Affrica Taylor and Marilyn Lake have observed, narratives of exploration, discovery, settlement and struggle which emphasise white heroism and resourcefulness against the unheimlich of the Australian landscape were mobilised to legitimate a sense of settler sovereignty and right-to-dwelling, but do not always resolve the unhomeliness of the setting. Bush poets such as Henry Lawson and Barbara Baynton constructed homesteads which concentrate poverty and struggle, and function more to stage the land’s cosmic retribution than they do to provide a domestic refuge from the elements. Jonathan Dunk, in his study of early colonial short fiction, has written that the deeper grammar of these lonely refuges and crumbling shacks in the bush always speak towards expiation and possession. Sacrifice the goanna, the blacksnake, bury your work-mates tanned to leather by a hostile sun, mumble a few words in their honour at twilight. Raise resilient children, lie half awake at night as possum claws rake the corrugated iron, build, dwell, expand, maybe eventually belong. But you won’t, not really – the spectre of what you’re trying to conceal is written in the metrics of your bush-ballad, etched everywhere in the wide dark watching the solitary homestead, waiting for the final breath that puffs out the last candle when you’ve muttered that prayer to the wrong hemisphere’s god.

While these pre-federation tropes of settler colonial Australia’s multifaceted and at times contradictory pastoral modes seem to recognise something of their incompatibility with Aboriginal land, they seek their resolution from burial, rather than reciprocal encounter with Aboriginal presence. They want to build a lasting allegory, a structure of feeling capable of making sense of European life on this continent, a struggle which continue to pervade contemporary Australian literature. Early writers such as Lawson, Harpur and Kendall pot-planted Aboriginal graves in their arcadian glens to anchor the doomed-race theory popularised by Darwin in his 1836 visit to New South Wales. In post-Mabo fiction – from novelists such as Kate Grenville and Andrew McGahan – the homestead stands on these cultural remains, rupturing settler fantasies of belonging and domestic tranquillity with spiritual retribution. But no attempts are made to encounter Aboriginal presence in agential, embodied, and material ways. In these narratives the colonial homestead, built on an interchangeable foundation of rock engravings, burial sites, or massacre grounds, is rendered structurally and cosmically unviable under the weight of settler guilt. Typically, it’s not even the right petroglyphs, opting for a generalised iconography bastardised from someone else’s Country, a vague outline of a whale graffitied on domesticated sandstone while Gurangatch stirs in the amber water below.
Different strategies emerge to address differently interpreted concerns. The poetics of place and home which developed throughout the twentieth century did at times contemplate the cultural and political implications of dispossession, but they mistranslated the terms. The Jindyworobak movement in particular, of which Les Murray cites himself as inheritor, sought a language of place and home in co-opting Aboriginal culture, borrowing a few words in a time when Aboriginal people lacked fundamental human rights, but nonetheless were politically organising against the ongoing violence of invasion and settlement. The insignificance of linguistic or spiritual authenticity is demonstrated by how cleanly these poetics can be shifted back into standard English, as we see in Murray’s Bunyah poems, which reach for geographic and cosmic belonging through structures of work, defence, and heritage, and situate the pastoral home as the meeting place of human and natural worlds:

Pages: 1 2 3 4
This entry was posted in ESSAYS and tagged Emily Stewart, Evelyn Araluen, Friedrich Hölderlin, John Kinsella, Jonathan Dunk, Kathy Jetñil-Kijiner, les murray, Melody Paloma. Bookmark the permalink.
Evelyn Araluen is a poet, educator and researcher, and the co-editor of Overland literary journal. Her work has won the Nakata Brophy Prize for Young Indigenous Writers, the Overland Judith Wright Poetry Prize, and a Wheeler Centre Next Chapter Fellowship. Her debut poetry collection Dropbear was published by UQP in 2021. Born, raised, and writing in Dharug country, she is a descendant of the Bundjalung nation.