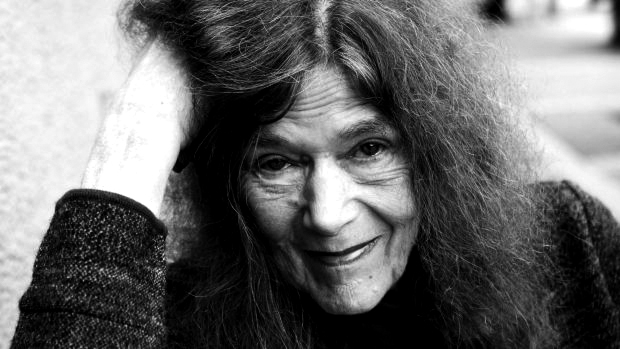 As I began this essay on J S Harry’s poem ‘Tunnel Vision’1 2 several years ago (2006) the radio drive shows in Sydney were full of opinions, mainly angry, concerning a report that a male teacher, in an English class, encouraging students to find as many words in ‘Australia’ as they could, had led the way by showing them how it contains the word ‘slut’, and then, when asked what that meant – it must have been a young primary-school class – had told them that it was a word used to describe women. An hour later I was having lunch with a visiting academic from Jaipur and we spoke about the recent spate of attacks on Indian students in Melbourne, Sydney and Brisbane, and then of the appalling death of an aboriginal elder in the back of a prisoner transport van in Western Australia. No point in claiming that Australia is not a racist country. I did, sometimes, try to claim that, but gave it up long ago. We mask it, that’s all: here on the East Coast we keep much of it beyond the Great Dividing Range, where a lot of other things are kept, out of sight and mind. We then, this Indian academic and I, spoke about Australia’s much-vaunted multiculturalism, its naivety, its need to mature, the stages it has gone through. There is a gap between Australia’s ideas of itself and its reality. A chasm.

J S Harry’s remarkable 1982 / 83 poem opens with a set of graffiti, probably (though I maintain that it might also be the Cahill Expressway tunnel) from the Kings Cross tunnel, constructed in the early 1970s ‘to provide a route for through traffic between William St and New South Head Rd’ in the east of the Sydney CBD. Of course, we don’t have to be this specific; the tunnel might well be purely imaginary; but I think we owe it to this poem to be specific. Part of this poem’s point and power, particularly to those who happen to know or live in Sydney, is in its specificity.

The graffiti form a palimpsest, or rather the printed replication or representation of a palimpsest, which is to say that the messages put up here seem already to have been tampered with. Someone, say, has put up one of the oldest graffiti, ‘JESUS SAVES’ (or had this originally been ‘SAVE THE WHALES’?), and someone else, coming later, picking up on the pun in ‘saves’, has added / adjusted the text to read ‘AT THE WALES’, referring presumably to the Bank of New South Wales (which, speaking of palimpsests, changed its name to Westpac in 1982 (Jesus, this Jesus, has evidently not overturned the tables of the money-lenders)). We can’t tell from what is before us whether ‘SUPPORT SYD VICIOUS’ appeared first and someone has added ‘CUT A SLUT’, though we should note that the ‘Sid’ Vicious of the punk rock group the Sex Pistols has become ‘SYD’ as if to refer us now to Sydney, vicious Sydney.

There’s a back story. Sid Vicious had a long relationship with a girl named Nancy Spungen. On the 12th of October 1978, Vicious woke up in their room in the Chelsea Hotel in Manhattan (yes, of that famous Leonard Cohen song about Janis Joplin) to find Nancy dead on the bathroom floor with a stab wound to her lower abdomen. Vicious was charged with the murder but was allowed out on bail. Although he never stood trial – he attempted suicide, was sent to Bellevue Psychiatric Hospital, subsequently was rearrested for assaulting someone else, spent fifty-five days in prison, and died of a heroin overdose (as had Joplin eight years before) while celebrating a second release on bail – there were theories that it was not he who had murdered Spungen and one can imagine some Sex Pistols fan writing defiant graffiti at this time, just as one can imagine someone else, aware of how Spungen died, writing below it an ironic ‘CUT A SLUT’.

‘WHO ARE YOU IF YOU’RE NOT?’ is at this point a little more mysterious, as is the following ‘CREAMINESS CONTROLS YOU / OR YOU CONTROL THE CREAMINESS’. The implication that in the midst of what we assume is our being we might, in some way, not be being at all, and the idea that some process or substance may so overwhelm us that relinquish control of ourselves. But we should store these away, awaiting developments. I should probably have begun, in any case, not with Sid and Nancy but with the poem’s title. The pun – its double entendre – is quite obvious: that the oncoming motorists are experiencing, as they enter the tunnel, the vision of a half-naked woman running toward them (and are also – or is this she? as she runs? but I imagine she is far too traumatised to do so – reading the graffiti as they drive past or through them), and that ‘tunnel vision’, as a physiological condition, is an astigmatism, a restriction of one’s peripheral vision, means that one views the world as if through a tube or tunnel (you might note that Harry refers to ‘tube’ lighting). But of course this is not just double entendre. It becomes evident, as we read further into the poem, that the tunnel is our culture, the way that the discourse that flows around and through us, making us (the tunnel in the poem is lined with words, as if to present language and the tunnel as synonymous), at the same time narrows our vision. It – language, discourse – may enable us to see (there is lighting in the tunnel), but also curtails that seeing: we witness, as we move through the poem, habits of discourse, habits of words, habits of verbal containment, closing in upon the motorists, so close to their encounter with the apparition of the screaming woman that it might almost be simultaneous. (Note ‘apparition’ there: this woman is ‘picture’, is ‘image’, is ‘form’, as if, even in the midst of her crisis, she is being – has already been – ‘packaged’, rendered ‘news’, taken from herself.)

‘(S)creaming without words,’ the poem continues:

‘Straight at’ what? The oncoming motorists (as I think we are at first likely to think), or the words? Both, of course – the words, since they are seen by motorists both coming into the city in the morning and going out of it in the afternoon, must be on the walls of the tunnel, rather than facing the traffic at its entrance – but (and although the opening graffiti have clued us) we may miss this latter vector in the forward movement of the poem; she assaults language as much as she assaults the visual field of the on-coming motorists, but not language per se; that would be too easy – or, rather, too easy for us to wriggle out of. One of the most evident of the several things this poem is ‘about’ is the way language and habits of discourse paper over (talk over, repress) what for want of better words (irony there) we might call our vicious reality. This woman has been raped, or so it seems, and straight away those who see her begin to smooth / soothe the monstrosity of the act by creating ‘fictions’ – to take away the pain of it, yes, to avoid responsibility for it, yes, to mask their complicity in it, yes. How is it that when there should be outrage, immediate assistance, horror, disgust, action, there are only people passing by? (They know they should stop – they want to stop to help her – but they have to make ‘a difficult decision’, for to stop, surely, in this speeding traffic would be ‘risking causing a chain of deaths’ – and there, they have done it: the ‘right’ decision, the ‘difficult’ decision made, they are absolved, they can continue driving. To stop, to get out of their vehicles, to help, to abandon their ‘motorist’ selves, would be, in effect, to cross a barrier, to move into a different dimension, almost to shift to another side of time: to ‘leave the stream’ and to ‘enter the moment’, to leap over a ‘gap’.)

Pages: 1 2 3 4 5
This entry was posted in ESSAYS and tagged David Brooks, J S Harry, Jack Hibberd, John Scott, john tranter, robert adamson. Bookmark the permalink.
David Brooks, a vegan and animal rights advocate, who lives in the Blue Mountains of NSW, is co-editor of Southerly, Honorary Associate Professor of Australian Literature at the University of Sydney, and the 2015/16 Australia Council Fellow in Literature. His The Book of Sei was described as ‘the most exciting debut in Australian short fiction since Peter Carey’s The Fat Man in History’. His second novel, The Fern Tattoo, was shortlisted for the Miles Franklin. His fourth collection of poetry, The Balcony (2008) was called ‘an electric performance’ by the Sydney Morning Herald. His latest is Open House (UQP, 2015).