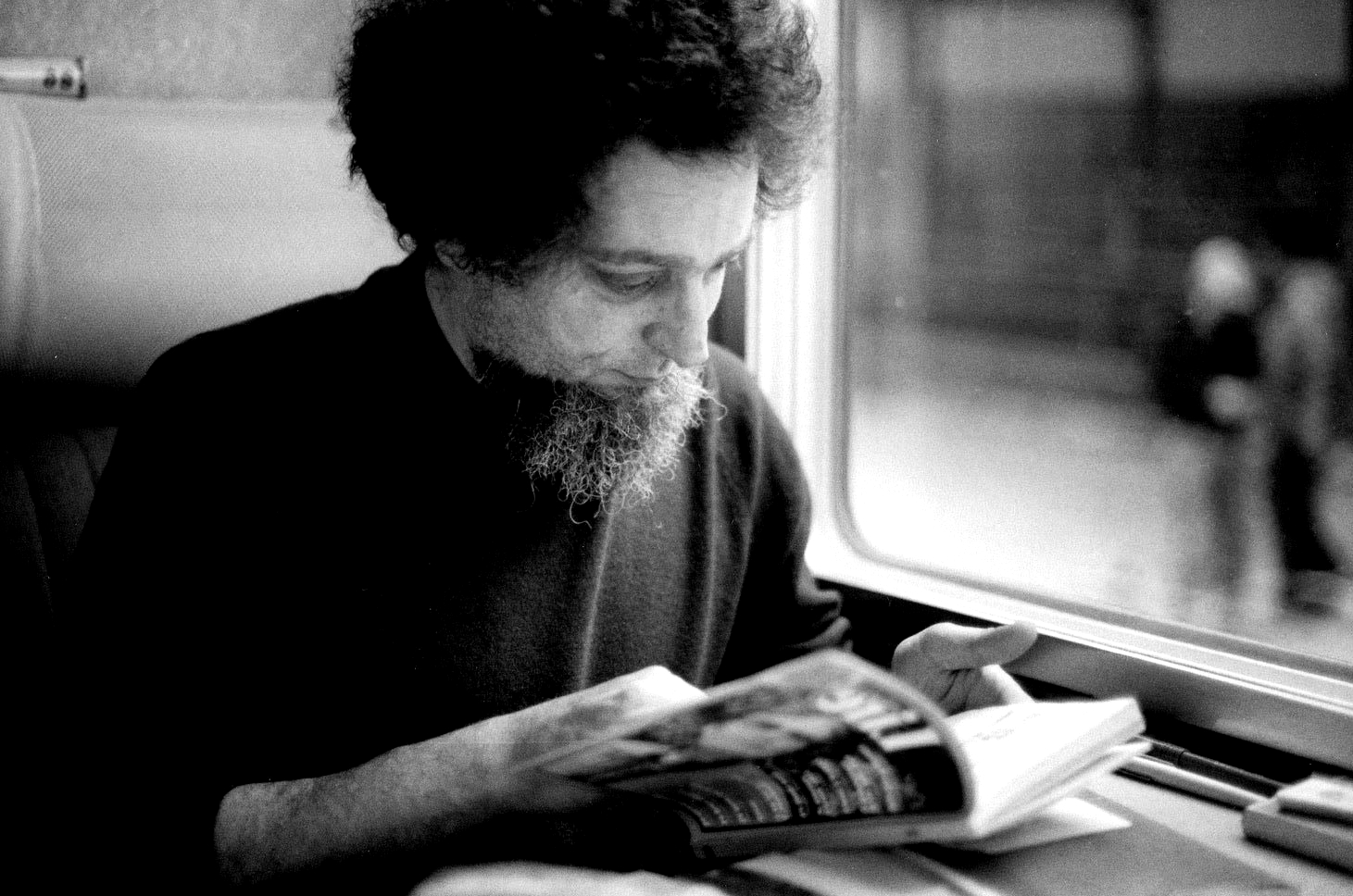 You would not like Melbourne, for it is full of handsomes [sic] cabs. I adore it, for I love this form of locomotion. I have already used the candle-powered heater, for it is winter here; during the first part of the crossing, I think they would have melted without my lighting them. As my room faces due north, I have the sun all day. There are delicious oysters and as there is no ‘r’ in the month, it is the perfect season for them. One evening, I intend to eat kangaroo soup, which is a great Australian specialty. Horse races are a passion. There are seven tracks in Melbourne and every other city likewise; as for towns, they all have at least one. This is the home of Melba; her real name is Armstrong and Melba is a stage name taken from Melbourne. There are two beach resorts near here called Brighton and Menton. It’s really worthwhile to come so far so as to be able to make an excursion from Brighton to Menton, which I have done!

The ‘Raymond’ who sends his tender thoughts is Raymond Roussel, the French poet, playwright and novelist. And ‘little Charlotte’ is Charlotte Dufrène, Roussel’s housekeeper and closest friend (after his mother, Mme. Marguerite Roussel, who had died some years before the postcard was penned). Based on the colour photograph, ‘showing a street of an extremely modern town, with fine buildings and a tramline’, Roussel’s biographer François Caradec has imagined that his hotel room overlooked Collins Street, its northern windows faced away from Melbourne’s city centre (Caradec 175). Yet this is a double fabrication, not only because little was known about the poet’s visit to Australia in 1920 – where he went, where he stayed, what he saw – but also because the postcard itself exists only in reproduction, described and transcribed by the writer and ethnographer Michel Leiris, with Dufrène’s permission, in an essay titled ‘Le Voyageur et son Ombre’ (‘The Wanderer and His Shadow’) published in 1935, two years after Roussel’s death.

Despite this patchy provenance, the Melbourne postcard has enjoyed a purloined afterlife. It is quoted by each of Roussel’s major Anglophone interpreters: including John Ashbery (Other Traditions 57), English poet Mark Ford in his biography Raymond Roussel and the Republic of Dreams (147), Rayner Heppenstall (7) and Ross Chambers (72). The postcard’s frequent reproduction may be explained by Roland Barthes’ observation that: ‘What proves the wonderful singularity of the writer, is that during (a) holiday (…) which he takes alongside factory workers and shop assistants, he unlike them does not stop, if not working, at least producing’ (29). If no firm distinction can be maintained between a writer’s vocation and their vacation, their productive and unproductive time, then any incidental writing he or she might produce – a diary, itinerary or postcard – can be considered part of their creative oeuvre. Roussel’s particular case is, however, complicated by comments made by him that have proved hugely influential in the reception of his work: ‘I travelled around the world by way of India, Australia, New Zealand, the Pacific archipelagos, China, Japan and America. Now from all these travels I never took anything for my books. It seems worth mentioning because it shows how much my imagination accounts for everything in my work’ (20).

These sentences come from ‘Comment j’ai écrit certains de mes livres’ (How I Wrote Certain of My Books, 1935), where Roussel asserts that he is the final authority on the meaning of his books, but that they say nothing about him. He manages this sleight of hand by revealing his remarkable, and much remarked upon, techniques for composition, what he calls ‘le procédé’. The following example is provided from a Boy’s Own adventure titled ‘Parmi les noirs’ (‘Among the Blacks’), written in the style of Roussel’s literary hero Pierre Loti: ‘I chose two almost identical (…) phrases’:

A minor substitution – billard for pillard – results in major distortion in meaning. And when the two sentences are positioned as the first and last lines of a poem, filling in the gap between the two sentences with the colonial tropes expected of the genre, the poet’s task becomes almost perfunctory, as he steers the narrative towards its conclusion in near perfect phonic symmetry. Another version of the procedure employs puns to determine the characters and narrative of a novel. A simple phrase chosen almost at random, ‘maison (house) à espagnolettes (window fasteners),’ passes through the procedure and becomes the homonym, ‘maison (royal dynasty) à espagnolettes (little Spaniards),’ providing Roussel the kernel of a story: two identical Spanish twins, shipwrecked off the African coast, fall pregnant to a local king and, when they give birth simultaneously, inaugurate two competing royal dynasties, each heir with equal claim to the throne.

Roussel travelled to Australia on the Narkunda’s maiden voyage from Europe in 1920, arriving in Fremantle on 15 August. He had disappeared from Paris some months earlier – without notice or farewell, a nephew recalls (Caradec 175) – but we find him on a list of passengers in an Australian newspaper, his name clipped almost beyond legibility: ‘Rouss’ (‘Passengers’ 6).1 Roussel had travelled alone, without the throng of servants ubiquitous on family holidays during his mother’s lifetime, carrying only a small suitcase of clothes and other essentials to be replaced or replenished as necessary. He packed light in part out of convenience, in part because he suffered intense anxiety over hygiene: ‘his general rule was to wear his collars just once … his shirts only a few times, a suit, an overcoat, a hat or braces fifteen times, a tie three times’ (Caradec 113). As intrepid as the poet must have felt (Ford suggests he had modelled the adventure after a love of Jules Verne, though he packed ‘even lighter than Philias Fogg’), Roussel – heir to a stupendously large haute bourgeois fortune – nonetheless sailed in luxury first-class (Ford 147).

With her sister ship the Naldera, the Narkunda was the largest liner yet to join the London-to-Sydney-via-Suez service and remained one of P&O’s largest ships until it was sunk by a German bomber off the coast of Algeria in 1942. High ceilings in the first-class dining rooms were decorated by a Royal Academy muralist, Gerald Moira, in neo-baroque cherubs, nymphs and clouds. A promenade deck gymnasium was equipped with hydraulic rowing machines, an electronically driven riding horse, and a nautical steering wheel with artificial resistance for passengers to play at captain (Fig 1). We do not know whether Roussel enjoyed these novelties. But they share a striking resemblance with the bizarre machines that populate his poetry and fiction – a wind-powered apparatus which organises mosaics of human teeth, or a glass prism filled with oxygenated water to allow for subaquatic breathing (Roussel Locus 19-40, 51-9). 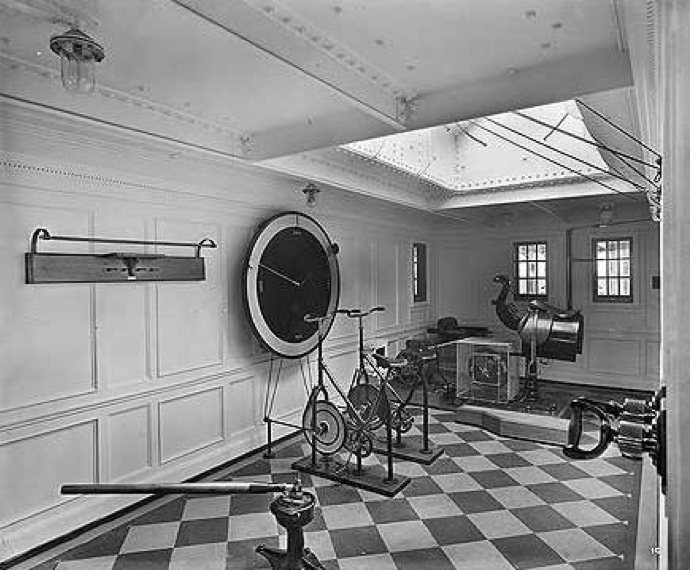 The first-class gymnasium aboard the Nakunda (1920).

Brendan Casey is a doctoral candidate in the English and Theatre Studies program, University of Melbourne, researching Australian poetry and fiction through a postnational or ‘unAustralian’ lens. His research focuses on ‘literary visitors’ and their writing about Australia. He has published essays on Australian poetry, art, music and literature in Meanjin, Memo Review, Difficult Fun and elsewhere.

View all posts by Brendan Casey on Cordite →