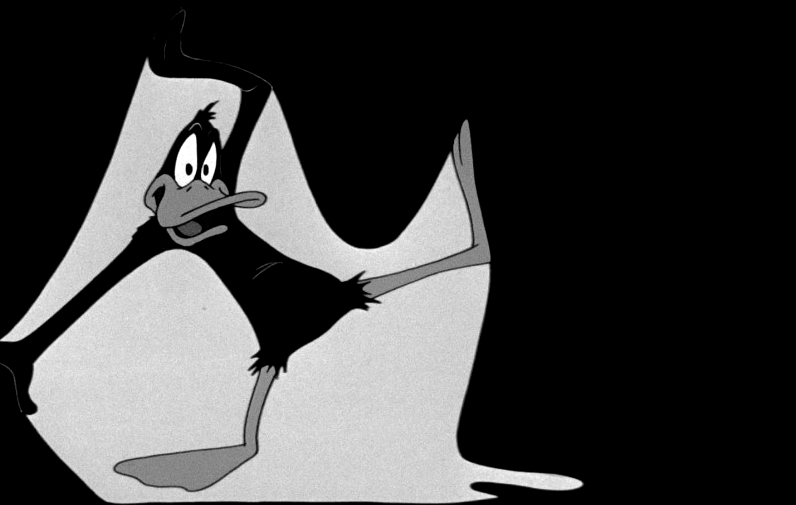 Frank O’Hara’s ‘To a Poet’ seems to encapsulate the New York School’s disregard for an Imagist poetics in which the natural object is always the adequate symbol: ‘when the doctor comes to / me he says, ‘No things but in ideas’’. The cornerstone edicts of Anglo-American Modernism, as contained in Pound’s ‘A Retrospect’, are seemingly casually dismissed in this phrase, along with the accepted prescriptions of Doctor Williams; a critical schism is established in Modernist poetry, with the materialism of Pound-Williams on the one hand and post-moderns such as John Ashbery placed in an alternate lineage with Wallace Stevens as adherents of a post-Symbolist Absolute. Yet the same Williams apparently being derided here writes quite differently about his approach to poetics in Spring and All:

‘the writer of imagination would attain closest to the conditions of music not when his words are dissociated from natural objects or specified meanings but when they are liberated from the usual quality of that meaning by transposition into another medium, the imagination.’ (Perloff 1983: 113)

This statement is indebted most particularly to Apollinaire, a poet often associated with O’Hara, whose essays Williams encountered in The Little Review around 1922: Apollinaire’s anti-realist approach is best summarised in his statement (in ‘Preface to The Breasts of Tiresius’) that the ideal representational substitute for a leg is not an artificial leg, but the invention of the wheel. Williams’s Autobiography also establishes his admiration for that other key figure of avant-guerre Parisian literary experiment, Gertrude Stein, whose foregrounding of words as materials for connotative play provides an essential model for the apparent disregard for ‘reference’ in overtly abstract poems such as O’Hara’s ‘Second Avenue’ and the writings of John Ashbery (Williams 1967: 251-259).

Ashbery’s response to Wallace Stevens has been extensively ventriloquised by leading American critics over many years. A more direct statement of influence is available, in Ashbery’s own words, in his review of Stein’s Stanzas in Meditation, first published in Poetry magazine in July 1957, and significantly titled ‘The Impossible’. As Ben Lerner points out, the essay ‘is a wonderful account of what – long after ’57 – it will be like to read Ashbery himself’. Lerner further comments, ‘It’s hard to take critics seriously who emphasise Ashbery’s anxious relationship with Stevens to the exclusion of his loving relationship with Stein’ (Lerner 2010). Ashbery commences with an acknowledgement that interest in Stein’s work might be limited to ‘readers who are satisfied only by literary extremes’, but he asserts that the ‘monotony’ of the title-poem, with its emphasis on the manipulation of apparently affectless minor words, is of ‘the fertile kind, which generates excitement as water monotonously flowing over a dam generates electrical power’ – a useful metaphor for the flux-state instilled by his own extended works. Comparing Stein’s effects to the visual art practice of de Kooning (just as, in 1913, Mabel Dodge had likened Stein to Picasso), Ashbery is careful to assert the denotative function retained within Stein’s apparently abstract play on sound: ‘it really is the world, our world, that she has been talking about’. This is consistent with Stein’s own statements about the slipperiness of signification, such as those in the ‘Roast Beef’ section of Tender Buttons: ‘So the sound is not obtrusive. Suppose it is obtrusive suppose it is. What is certainly the desertion is not a reduced description.’ (Stein 1962: 479) Referential meaning is retained even when words are licensed and physicalised to become objects in themselves.

This is the key to Ashbery’s assertion that ‘this is a poem about the world, about ‘them’’: while Stein discards the lyrical subject, she does not sacrifice the perceptive focus of a human presence to the machinic autonomy of the poem-as-object. To the contrary, Ashbery argues that what instead emerges is a depiction of consciousness in process – as might be expected of an author whose studies at Harvard brought her into intersection with William James, the psychologist who coined the term stream of consciousness. Her lines are ‘like people…comforting or annoying or brilliant or tedious. Like people, they sometimes make no sense and sometimes make perfect sense; or they stop short in the middle of a sentence and wander away, leaving us alone for a while in the physical world, that collection of thoughts, flowers, weather, and proper names’.

Once again we are reminded of the emphasis on quotidian details in Ashbery’s own poetry – here defined in terms of an attempt to give palpability to ‘the feeling of time passing’, the awareness of existence in temporality that Stein calls the continuous present. As Allegra Stewart describes this, ‘It is in the present moment that the mind is free to act creatively and to ‘make’ out of the ‘given’ subject matter new objects that have no causal connection with the course of events in the external world’ (Stewart: 1957). In Ashbery’s expression of this conception, ‘it is usually not events which interest Miss Stein, rather it is their ‘way of happening’’. His analogy for this is drawn from the later Impressionist (or early Modernist) novels of William’s brother, Henry James, in which interior experience is similarly foregrounded over ‘events’, and a musicalised and subjective language becomes increasingly focalised in prose works ‘which seem to strain with a superhuman force toward ‘the condition of music’, of poetry’.

Ashbery’s other analogy – presumably a further discovery of Anglo-American poets of the 1950s – is with ‘that real reality of the poet’ described in the writings of Antonin Artaud. Like Stein, Artaud again provides a powerful model for the attempt to exceed the limitations of everyday referential language – in his case amounting almost to an attempt to overleap the barrier between sign and referent, to establish a language of pure symbol (most hauntingly inscribed in the ritually saturated landscape of Journey to the Land of the Tarahumaras). In a 1959 essay on Artaud, Ashbery similarly relates the French poet’s work to Abstract Expressionism: ‘Artaud was unable to concentrate on the object; he was ‘non-objective’ rather than Surrealist’ – later noting that, ‘Artaud supplants true history with spiritual truth. This is his real importance.’ (Ashbery: 1960) What each of these authors has in common, as a premonition of Ashbery’s practice, is their attempt to provide a textual reflection of the temporal flux of life in process – in Ashbery’s words, to ‘actually imitate its rhythm, its way of happening, in order to draw our attention to another aspect of its true nature’:

Just as life is being constantly altered by each breath one draws, just as each second of life seems to alter the whole of what has gone before, so the endless process of elaboration which gives the work of these two writers a texture of bewildering luxuriance – that of a tropical rain-forest of ideas – seems to obey some rhythmic impulse at the heart of all happening.

Beyond this, the ‘almost physical pain’ with which the reader receives such texts is itself a reflection of the difficulties involved in having our existence thrown into the flux of life-in-time, ‘the painful continual projection of the individual into life’ (the Heideggerian overtones of Ashbery’s phrasing are evident). In this sense, the aesthetic experience of reading an author such as Stein, James or Artaud illustrates, and is in a fundamental way a parallel for, our experience of life: ‘the aesthetic experience being a microcosm of all human problems’. In Ashbery’s startling conclusion, which recalls the standpoint of O’Hara’s ‘To a Poet’, Stein becomes a model for ‘what can’t be done’: her work creates ‘a counterfeit of reality more real than reality’.

Ashbery has famously written that O’Hara’s favourite French poets (Rimbaud, Mallarmé, the Surrealists) were those ‘who speak the language of every day into the reader’s dream’ (O’Hara 1995: vii). Ashbery’s best-known poems, such as ‘Daffy Duck in Hollywood’ from the 1975 collection Houseboat Days, present landscapes of dream-like simultaneity in which past and present, the transcendent and the material, the aesthetic and the real, are juxtaposed through a collage technique inherited from the visual arts via Apollinaire. This is especially apparent in a poem based on the cartoon ‘Duck Amuck’, in which the unfortunate protagonist is being tormented by his animator/creator (later revealed as Bugs Bunny), appearing before continually changing background scenes. The poem occupies two simultaneous settings: the past, signified through reference to pastoral Romances and the courtly codes (Amadigi di Gaula); and a mediated Hollywood present, associated with imagery of sexual gratification (‘algolagnic nuits blanches’), in which ‘everything is getting choked to the point of / Silence’. The concatenation of these two orders produces remarkable serial effects such as in the following passage:

It is relevant to note that a ‘carte du Tendre’ is the map of a fictional country, representing the landscape of the heart, in 17th Century romances. This is a useful description of the poem itself, though the imagery that follows is anything but sentimental: ‘algolagnic’ refers to sexual satisfaction through pain; ‘châlets de nécessité’ are public toilets; and ‘borborygmic’ is the noise of gas in the intestines. One can only speculate on what is being described here at a referential level, though this carnival of excess might not be unrelated to the experience of living in New York in the mid-1970s.