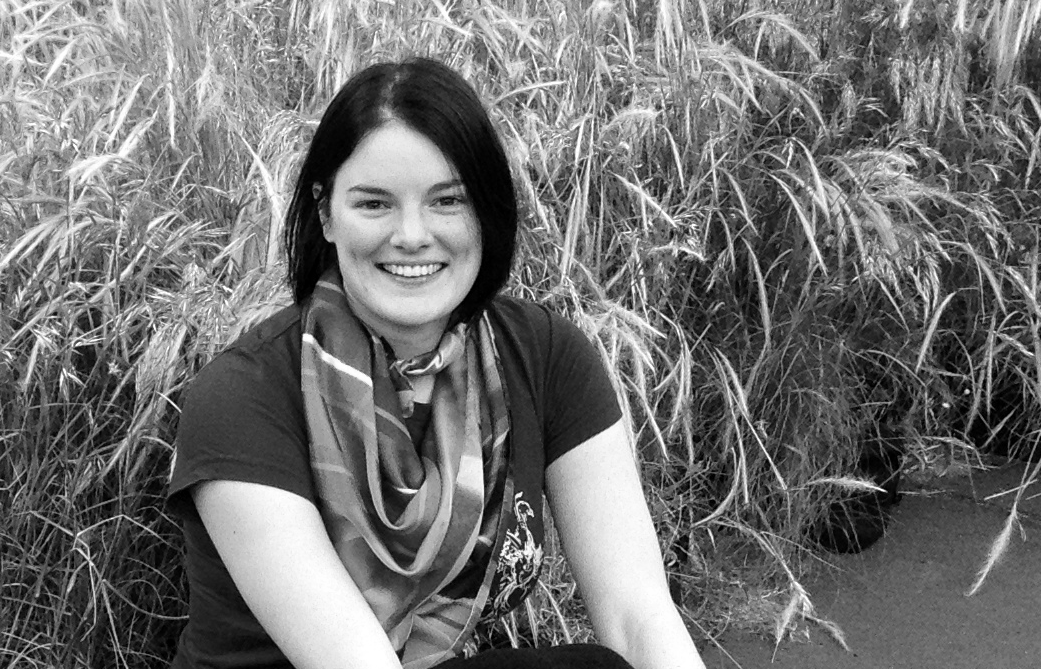 Gondwana and palimpsests appear as largely historical entities as, respectively, a continent that existed millions of years ago and a kind of manuscript from ancient to medieval times. Yet, within Caroline Caddy’s 1996 poetry collection Antarctica,1 published after a journey to the continent sponsored by the Antarctic Division in 1992, the two are combined in a way that suggests not only their contemporary relevance but also their ongoing influence. Through her use of place, Caddy layers references to India, Australia and Antarctica in ways that form a palimpsest. This layering acknowledges the connections between India, Australia and Antarctica historically but also insists on their continued contemporary relationship. In this way, the combination of two historical entities, Gondwana and palimpsests, allows Caddy to probe present relationships and engage with our contemporary layered existence.

This is not the first work to link palimpsest to ideas of place. Iain Chambers’s article on the work of Paul Carter is significant in the way it not only performs this link, but sees it as having substantial contemporary significance. The language Chambers uses is essential in the way he describes how place:

[P]rovides not an idle excuse for theoretical departures and homecomings, but rather, in researching and receiving its overlapping narratives and shifting grounds, the glimpse of a delicate geo-graphy, hesitant, incomplete, destined for decay and subsequent reworkings. In this palimpsest of language, lives and time, the land, its rugged materiality, insists. Its insistence, however, is not that of perpetual truth but rather one of a temporal frame whose confines and borders set limits that simultaneously nurture the potential of transit.2

Chambers here directly engages the idea of the palimpsest as a way to figure place. Chambers describes Carter’s notion of place as ‘overlapping narratives and shifting grounds’ as well as the idea of ‘subsequent reworkings’, both ideas he relates directly back to palimpsests. This view of place is obviously transcultural as it embraces multiple meanings and stories – this is revealed in the palimpsest. Not only does Chambers identify transcultural place as a palimpsest, he notes its concrete existence. The land has a ‘rugged materiality’ that ‘insists’ on its own existence. Chambers goes further than this, though; he directly engages transcultural place as not only a concrete palimpsest, but one that is capable of movement. Chambers identifies this movement not as one of ‘perpetual truth’ but of crossing borders. It is a movement in a ‘temporal frame’ in which the borders ‘set limits that simultaneously nurture the power of transit.’ What could be a static representation of a palimpsestic place instead becomes alive. Chambers describes Carter’s sense of place in a way that imagines a palimpsestic, transcultural sense of place that is concrete, insistent and capable of the border-crossing that embraces a kind of movement that is nonetheless alive to possibility.

Placing palimpsest in the present day

In order to come to terms with what kind of palimpsest may be invoked by this active, transcultural form of placed palimpsest discussed by Chambers, the critic Sarah Dillon is of considerable assistance. Dillon’s The Palimpsest: Literature, Criticism, Theory explores palimpsests, and particularly the way they lend themselves as a device to critical enquiry. Dillon argues the ‘concept of the palimpsest exists independently’ of actual palimpsests and ‘it is a strange, new figurative entity, invested with the stature of the substantive.’3 It is palimpsest as a figurative entity that is useful here as it embraces what palimpsest might mean, rather than what they physically are. Dillon identifies the way these figurative palimpsest imply both comingling and separation. Dillon uses the term ‘palimpsestuous’ to describe this, noting how this terms comes to present ‘a simultaneous relation of intimacy and separation’ and it is useful as it acts by ‘preserving, as it does, the distinction of its texts, while at the same time allowing for their essential contamination and interdependence.’4 Dillon uses this potential of palimpsests, and the term palimpsestous, for several different projects, including the relationship between literature and literary criticism. However, the strength of the term comes from the way it can also be applied outside Dillon’s usage – in this case to a sense of place. Indeed it will be this relationship, between contamination and independence when applied to place, that I see present in Caddy’s depiction of Gondwana.

George Bornstein also writes on palimpsests – in a way that relates closely to ideas of the present. Bornstein’s aim is to examine ‘the cause of contingency, in the double sense both of the text itself being historically contingent in its circumstances of production and reception, and of it being contingent in its (re-) construction in the present.’5 This project, to reintroduce the importance of context and contingency not only into the creation and reception of a text, but also into the way it is produced in contemporary times, is quite a different use of the palimpsest to Dillon’s, however they intersect in productive ways. Bornstein notes how ‘the palimpsest becomes less a bearer of a fixed final inscription than a site of the process of inscription, in which acts of composition and transmission occur before our eyes.’6 This idea of the palimpsest critiquing the notion of a final inscription is related to concepts describing palimpsests as undermining certain ideas of power. Bornstein notes the way ‘acts of composition and transmission occur before our eyes’7 within the palimpsest and thus the medium is not only a point of questioning, but also of contaminated creation. It is Bornstein’s description of the ever-present act of creation before our eyes that locates the power of the palimpsest in its continual critique and creation as a text that is never quite finished that enables it to be used in such a productive way when talking about the present.

It is the combination of these two ideas, Dillon’s intimacy and separation with Bornstein’s transmission within the present that Caddy uses when presenting Gondwana through place. It is these essential features of palimpsests that allow Gondwana to be resurrected before the reader’s eyes not as a historical concept, but as something very much alive.

Two poems in Antarctica contain direct, if brief, references to Gondwana and suggest the presence of palimpsest in the present day: ‘Day Tripper’8 and ‘Proverbs’.9 In ‘Day Tripper’ Gondwana comes near the beginning of the poem where the persona describes:

Antarctica is introduced through the icefields, which are characterised by their veldts and steppes that ‘ease apart’. It is in these tidal cracks that India and Australia appear as active layers in the landscape. India and Australia are given gravity, suggesting both the weight of their presence and their ability to pull Antarctica open. It is as the layers are revealed through the cracks that India, Australia and Antarctica exist as a palimpsest. Further, this revealing of the palimpsest occurs in the poem’s present; the cracks are revealing, rather than showing something that has been revealed.

The series of progressions this section describes – the move from the sea to land, from walking to flying, and the implied move from mammals to amphibians – creates a mutable time loop. Rather than this loop being located in history, the persona gives it a contemporary relevance by having the loop play out in the time of the poem, which is also the time of their experience. History is brought into the present, and exists as a fast-paced cycle that does not imply a logical progression or hierarchy. Rather, much like a palimpsest in which two histories are juxtaposed and complicate each other, words running into one another, Antarctica becomes a palimpsest of history as movements are entangled in each other, and this is located in the poetic present rather than the past.

To really draw out the relationship between Antarctica, India and Australia as palimpsest in the present day, it is necessary to do a close reading of three of the most prominent poems to explore this relationship as a whole. ‘Being There’ depicts Australia and Antarctica as present-day palimpsest, ‘Gathering Moss’ has India and Antarctica in a similar relationship, while ‘Freeze’ brings together all three places in a way that allows them to inhabit each other through historical entities that are given contemporary gravity.

Examining the connections between Australia and Antarctica, ‘Being There’10 frames both places in a way that insists on their presence within each other in the contemporary moment. Opening with Antarctica, the persona notes that:

It is the double framing of the window and the car that allows the persona to look out and to compare these views. The window in Antarctica is deliberately described as a frame, and is the view from this that is not only suggestive of, but actually becomes, a view of the Australian summer. Significantly equal weight is given to both places with each having three lines, and the lines themselves even go so far as to reflect each other. Antarctica and Australia become two equal views that inhabit each other through the persona’s frame of the window and the car windscreen.

The persona continues to comment on the relationship between Australia and Antarctica, though in a more subtle way in the following lines. The Australian summer is described as:

While the persona appears at first to be describing only Australia, the connection to Antarctica is also present in the background. The Australian summer is seen as waterless, ‘extended so far beyond / expectations of rain’ (lines 7–8), but Antarctica is also a continent on which rain very rarely falls, and thus the comment could easily apply to either. This is also relevant to the persona’s comment ‘that each morning is like waking / on a different world’ (lines 9–10). Australia and Antarctica have both been frequently depicted in literature as being otherworldly, or being a completely different sort of place. Here, the position both places have as deserts and ‘otherworldly’ places allows them to be linked productively in a way that they inhabit and comment on each other. Australia and Antarctica are interleaved with each other to form a sense of place that allows each to keep its separate identity, but also to be intimately linked with the other. Further, this kind of linking is both cultural and geographical, relating to both depictions in literature and their status as deserts, which suggests not only a historical, but also a contemporary relationship between the two, and this linked relationship is performed in front of the reader.

Pages: 1 2 3
This entry was posted in ESSAYS and tagged Caroline Caddy, Iain Chambers, Rosalind McFarlane, Sarah Dillon. Bookmark the permalink.
Rosalind McFarlane recently completed her doctorate in Asian Australian poetry and depictions of water at Monash University. Originally from Western Australia her work engages with ideas of place, collaboration, ecocriticism and representations of water. She has been published in various journals including Cordite, Antipodes, Axon and Colloquy.