System as Sociopath: Poetics, Politics and Nursing in a Letter from the States 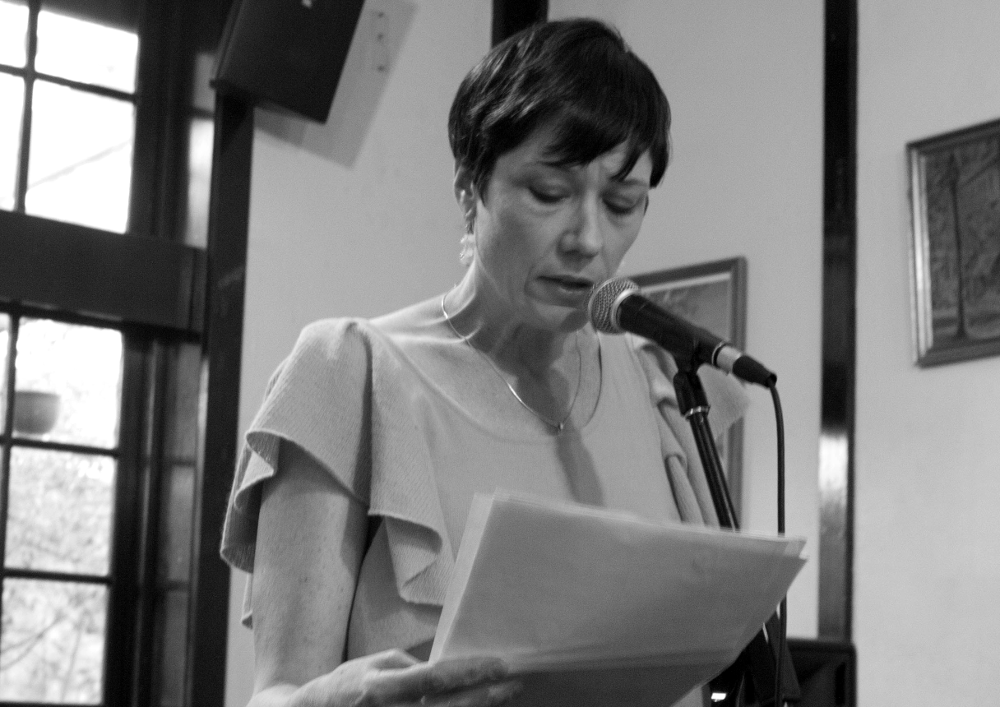 Christmas Eve on the unit. The nurses’ station is in the middle of a long corridor, consisting of a low counter about ten feet long. A couple of psychiatric nurses are seated at laptops on wheeled stands, looking through medication orders, writing notes. A psych tech does rounds, checking each of the 22 single rooms every 15 minutes with a flashlight to the ground and signing their initials on a sheet to indicate that the patient is in their room and either awake or asleep. Many are awake.

We sit awake with them, and there’s a shared sorrow on holiday evenings that nobody can explain but everyone feels. The staff is away from their family, and need to be there to earn money for debts and dreams. Patients would give anything to leave but, in most cases, would be walking into the smouldering and decimated landscape of their lives. It’s a tension we call safety, and it makes everything seem very still.

This night, as on others, I wipe tables and push chairs in, because dignity matters, and because I’m just passing through this life as a traveler strong enough to ignore the scorn attracted by anyone who cares openly, who sees the dirt on the walls and floor and tables and cannot erase the image. These are people with illnesses. This is a place of healing.

Near sunrise, a patient wanders out and we watch the sunrise with her through the filthy dining room window. Briefly, a kitchen staff member and janitor join us on their way in for day shift on Christmas Day. A lot of people say ‘Happy Christmas’, either religiously or sarcastically, but the secular sun rises anyway, settling the disputes on Earth.

The first few weeks, I couldn’t stop crying, driving home after every shift at the hospital. Empathy hurt and wouldn’t stop. Also, empathy made me bump into and up against every bone in me, and every structure in the hospital: leadership, other nurses. Actually, that was mostly all the walls. The patients liked me. I think I was not operating on a frequency where they couldn’t like me. I couldn’t see the bad in anything, anybody and so they had to shake me sometimes – the nurses, especially the older ones – to say things that didn’t happen, or didn’t get said.

‘No, look! People are bad. They are bad sometimes. There are walls. You don’t see the walls because you are outside of them but there are walls and we are inside!’ I thought they said ‘work harder, learn, keep up’ and not ‘we are afraid’, and so I worked harder and learned until the product of my learning was inescapable: we are afraid.

The wounded repeat the wound unless they staunch the bleeding. We like to call this ‘karma’s a bitch!’ or ‘Life’s short! or ‘TGIF!’ We like to think that the ulcer can be covered or soaked in brine, and that you don’t need to sit in the sun a while. We think ‘we have got to play the game to survive!’ and ‘everyone has quirks!’ I saw the charge nurse on a Sunday stop a 20-year old man from playing guitar for the sake of pure control over others’ temporary joy, and I heard what he said when he handed over the guitar to me at her behest: ‘Don’t worry: I know exactly what that was.’

Patients throw yogurt cartons, break our glasses, and even punch us. Not me, somehow, and I think because I was just passing through I was lucky, and ghost-like, and not believed to be a ghost by the patients. To them I was real, and to the nurses I was a mirror that said they were not the fairest, and, worse, said it kindly. The song I play driving through the snow on the way home from work varies, but it’s usually ‘Fake Empire’ when I am feeling good. The beauty of a job where one can ‘be real’ and get ethereal at the same time. Bump into walls. Pass through them. When it’s a night shift and you have a 3-year old daughter at home, all of this makes life, death and art seem absorbed, subsumed by nursing … and makes nursing enough creativity, I don’t need to write. The nurses would shake my shoulder, sometimes gently, sometimes brutally and say ‘No, you are wrong. There is good and there is evil and you can’t pick which one you are. It’s decided. Sometimes, in a fever, I would blink and look around me, and wonder where I was.

Shift work is fundamentally disorienting and dis-inhibits a person over time. This makes and loses friends. The good friends stay, because they look at you, see your face one day, and they just see you, and know you are all right. It works that way. They know because they are safe, and see your risk, or vice versa, and they ‘lend a hand’ as you lean into the abyss of a shattered life. Pull the patient out. Maybe bring them ginger ale or magazines. Maybe that’s what brings them out. This is how you can become an experienced nurse.

I never was afraid of the violence, except the psychological kind from my nursing colleagues, and it took a long time – four years or more – for me to understand that they weren’t less fair, they were mirroring what they had seen: that worse than dirt on walls, floor, tables and window on Christmas morning at sunrise.

Pages: 1 2
This entry was posted in ESSAYS and tagged Cassie Lewis. Bookmark the permalink.
Cassie Lewis was born in Papua New Guinea to Australian parents, and travelled in South East Asia when very young. She lived in Melbourne, Australia after that. In 2000, she moved to the SF Bay Area, and later, to Western NY. Her writing has been published in Poetry, Cordite, Southerly and other places. The Blue Decodes is her most recent book, from Grand Parade Poets (2016). The Melbourne Art Song Collective used her poem Katun River as the lyrics to a series of pieces for The Debussy Project (2017). Her work appears in Best Australian Poets 2017 and a number of anthologies.