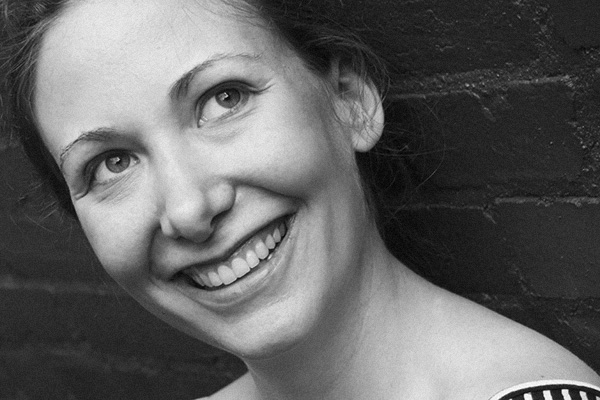 Early in my translation of Edinburgh Notebook, the fifth book by Mexican poet Valerie Mejer Caso, I find a key. It is the epigraph to the final section, a line by Edmond Jabès: ‘All shattered writing has the form of a key.’ Not only is Jabès – the 20th century Jewish Egyptian poet who was long exiled in France – a fascinating reference point for Mejer Caso, whose own migratory poetics extends from a family history of immigrations and disrupted ties to place. It is Jabès’s notion of “shattered” writing, his model of writing brokenness, that unlocks the book for me.

Mejer Caso wrote the intensely autobiographical poems in Edinburgh Notebook after a series of painful personal events in 2012, just after temporarily moving to the United States with her young daughter. That December, she had left her marriage after discovering a long-standing infidelity.The previous December,, her brother had committed suicide by jumping from a window in Edinburgh, Scotland. Throughout Edinburgh Notebook, she writes about these events – or, rather, she writes the rupture and dislocation that they effect in her – by turning to collage rather than unified narrative. The poem ‘December, 5 p.m., Edinburgh,’ for example, is composed in part from sentences taken from her brother’s suicide note.

That poem, as metaphor for the broken body of her brother, as effigy for his unreturned remains, is shattered writing. It refuses to succumb to the expectation, which comes with trauma, of closure; much less to the expectation, which comes with autobiography, of a unified self. Instead, like the work of Jabès, it is marked by shifts, deflections, unanswered questions: ‘Last thoughts? / The strange arrangement of clouds? / The window, waiting? / Nothing, nothing, nothing? / Or the faces of his girl and boy?’ With these questions-answering-questions, the poem remains open, in motion: it refuses to settle for the closure and false security of answers.

Translation, also a kind of shattered writing, answers a question with a question. No translation is ever the final word, but one phase of a necessarily incomplete process, a deferral that compounds meaning instead of resolving it. Incompleteness, in this way, is what makes translation an ongoing and repeatable art, a perpetual migration. Through translation, the poem is really never finished.

The method throughout Edinburgh Notebook is collage, coordinating exiled pieces in startling ways. But mostly, collage holds us at the edge that confronts what is no longer present. As Chilean poet Raúl Zurita writes: ‘It is that confrontation with loss, and how what is lost endures in memory, that lends this poetry its profoundly autobiographical dimension.’ The autobiographical self in Edinburgh Notebook is, mostly, a negative shape, contoured by loss. ‘I will introduce you to my dead, one by one,’ Mejer Caso writes in her long poem This Blue Novel. And here, in the poem ‘The Creature,’ a series of negations cobble a body together: ‘I’m not this’ ‘I won’t be that’ ‘I don’t have this.’ The poem’s accompanying visual collage is similarly a portrait of absence: disparate objects float in white space, hands reach for nothing; a single shoe sits lost, belonging to nobody in particular.

Mejer Caso offers that the book started with its title: a blank notebook, named for a city she has never visited. How do you make loss present? I think of how the painter Robert Rauschenberg painted absence, not as blank paper, but as an erasure of a prized De Kooning drawing. All shattered writing, including translation, arrives at creation by way of destruction.

In these poems, absence is far more than the opposite of presence, more even than the loss of something that should be present; it is the destruction of what was once beautiful, through violence. It is Mejer Caso’s brother, whom she imagines gazing out his window, just before jumping, at a boy across the street. The boy, who resembles him as a child, calls up his own destroyed sense of possibility, renders his past suddenly present, and thus prompts his jump: ‘a blonde boy running in the park, a flash of his own ruined perfection, but that boy will never be the object of cruelty.’

His death, and every foreshadowing violent event in these poems, makes the past present. As such, the poems sidestep traditional elegy’s charge to lament, to express and facilitate grief. Instead, they write brokenness: the brutal newness of trauma, the language of being plucked out of the rhythms of daily life and tossed into an unrecognisable present. Trauma is the ultimate displacement, and continuing to live is to be an immigrant in one’s own life. As Hélène Cixous writes:

Human beings are equipped for daily life, with its rites, with its closure, its commodities, its furniture. When an event arrives which evicts us from ourselves, we do not know how to ‘live’. But we must. Thus we are launched into a space-time whose coordinates are all different from those we have always been accustomed to. In addition, these violent situations are always new. Always. At no moment can a previous bereavement serve as a model. It is, frightfully, all new: this is one of the most important experiences of our human histories. At times we are thrown into strangeness. This being abroad at home is what I call an entredeux.

I offer this translation, then, if I may, as a work in kind. In English, the language of the book’s title city and deepest grief, the poem might learn, again, to live inside new coordinates, to be ‘abroad at home.’

Pages: 1 2 3 4 5
This entry was posted in TRANSLATIONS and tagged Hélène Cixous, Michelle Gil-Montero, Valerie Mejer Caso. Bookmark the permalink.
Michelle Gil-Montero is a poet and translator of contemporary Latin American poetry. She has several book translations, including most recently, This Blue Novel by Valerie Mejer Caso (Action Books, 2015), which was longlisted for the National Translation Award, and Maria Negroni’s lyric novel, The Annunciation (coming from Action Books in 2018). She has published the chapbook Attached Houses (Brooklyn Arts Press, 2013), and her recent poems appear in Seedings, Jubilat, Propeller and other magazines. Her work has been supported by the NEA, Howard Foundation, Pen/HEIM, and a Fulbright Scholar grant to Argentina.


More by Michelle Gil-Montero on Cordite Poetry Review →
Valerie Mejer Caso was born in Mexico City. Her complete collection in the US includes Rain of the Future (Action Books, 2015) and This Blue Novel (Action Books, 2016), longlisted for the best translated book of poetry by ALTA this 2016. She was the recipient of the Gerardo Diego International Poetry Award and of three grants given by The National Council for Culture and the Arts in Mexico. She has collaborated as a painter with poets Raúl Zurita, Forrest Gander and Antonio Prete and as a poet with photographers Dan Borris, Russel Monk and Barry Shapiro. She has been translated to English, Slovenian and Portuguese.