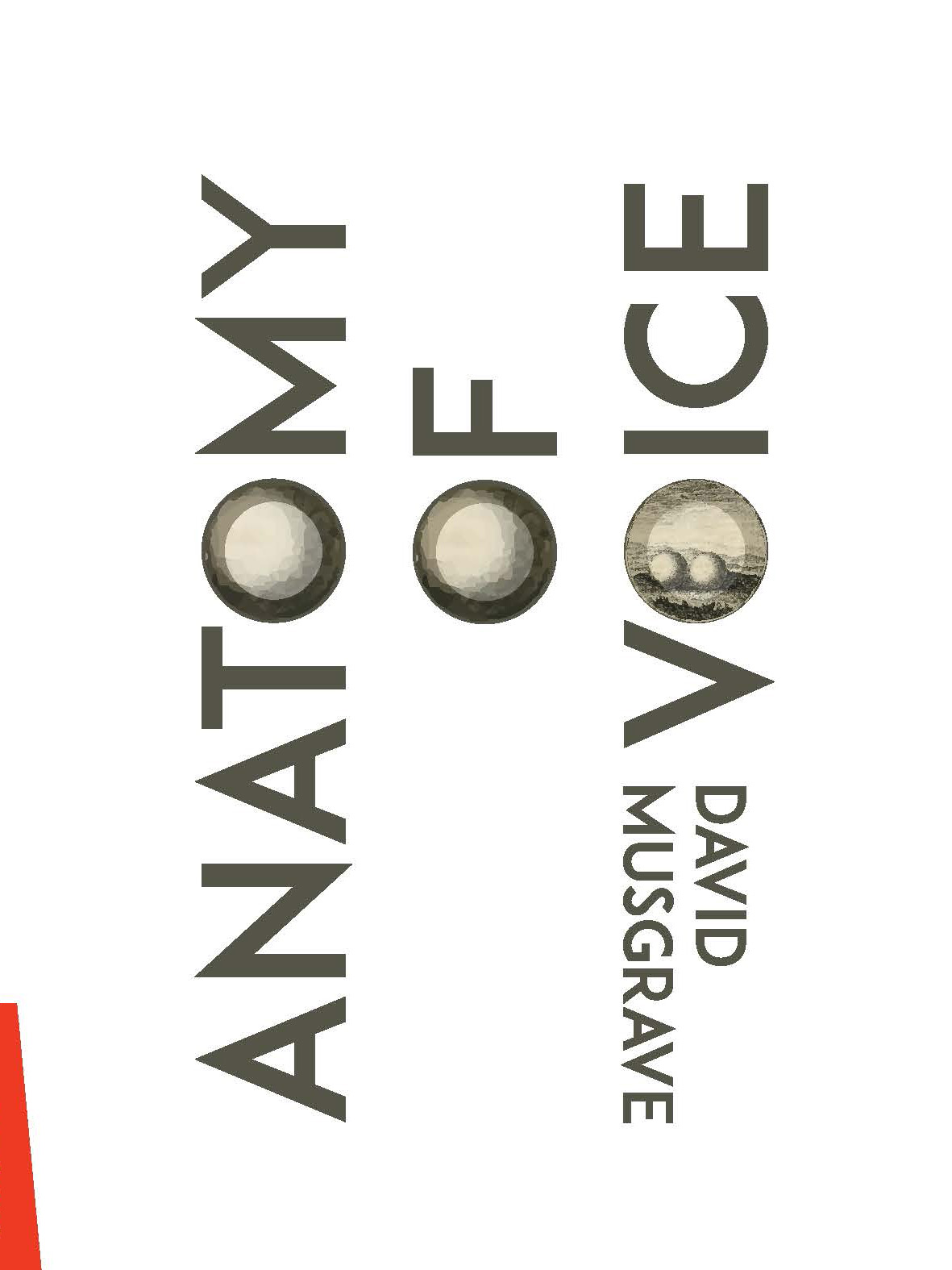 This new, book-length poem by David Musgrave remembers the life, and especially the voice, of Bill Maidment, who taught English Literature at the University of Sydney. Firmly in the tradition of poetic memorial, and given the character of its protagonist, it becomes a book concerned with the broader memory of a culture and the ways that a human being can inhabit it. The book, from new publisher Gloria SMH Press, is attractively produced: woodcuts from early modern emblem-books interact with the poems and divide its four ‘partitions’; headings above the poems in the first section are ghosted through from the following page. Like the other books from this publisher, this is volume’s physical form is intimately linked to its contents.

The ‘anatomy’ of the title suggests the problem with which the book grapples: how to isolate the particularity of another’s voice, to represent it in one’s own words. It also announces a relationship to at least two other eminent anatomies: Northrop Frye’s Anatomy of Criticism and especially Burton’s Anatomy of Melancholy, from which Musgrave adapts the division into partitions. Etymologically, the sense of ‘cutting through’ (ana- tomê – dissection), with all its surgical suggestions, is apt. At the beginning of the third partition, Musgrave writes: ‘your voice is a relation / of larynx, tongue and lips to air / or past to liminal present’. Some pages later in the same sequence, rowing up a river is ‘anatomizing flow      as writing divvies up a voice’.

The attempt to capture Maidment’s voice works best (for a reader who never knew him) when the poems are least sentimental, and when they incorporate the words of the subject himself. As is perhaps inevitable in personal elegy there are some obvious moves at times. On p.13, for instance, a phrase like ‘you / find me in my dreams’ is true enough to the psychology of grief but sounds tired. In the ghosted text on p.15 ‘god dog’ feels too familiar. By contrast the third partition, working in footnotes from some of Maidment’s few published works, makes excellent use of the crisp, wry tone of a good scholarly note against the fuller but thereby more diffuse surrounding voice of the poems. The collision of voices does much to bring out one side of Maidment’s own:

12May claim too much in assuming need to disclaim. W.M.

13 One may also presume, supposing the lost material analogous to the saved, that nothing of ‘intrinsic literary importance’ has been lost, and still regret that loss. W.M.

14 The demand for an authorial voice masks a demand for proper moral answers, imperatives or formulations; and ‘unity’ becomes a consequence of issuing the right views, of being spiritually mature. W.M.

15 Necessarily a sketch, a preliminary rough ordering, a feeler towards further work? W.M.

The use of emblems, beyond their immediate visual effectiveness, draws upon a shared interest of Musgrave and Maidment, who researched these curious old books extensively in the latter part of his career. These emblems, which traditionally tend to embody inherited, cultural material, are used here both as the vehicles of this broader culture beyond the individual and for the more personal reflection of the poem’s speaking voice. They become, then, vehicles of personal memorial; though of a relationship built upon a shared interest in memory of the broader, less personal sort.

A great deal of the pleasure of this book is in the tracing out of literary and philosophical associations. The afterword and the substantial notes at the end fill in useful background, but thankfully stop short of spelling out everything. Musgrave’s inclusion of the poems and mottoes which accompanied these emblems allows these quirky, oddly homely texts their own voices. It is perhaps pedantic to complain of a few small errors in the translations from the Latin. On p.96 the abbreviated ‘sibi nequam cui bonus?’ must be ‘To whom is one good who is bad for himself?’, rather than ‘Something bad for oneself, a good for whom?’, given the reflexive pronoun, though the indeclinable adjective nequam does admittedly make this shortened form far from clear. The meaning is clearer in the longer sentence from Sirach (that is, Ecclesiasticus) which is quoted following it. On p.97, ‘audito multa, loquitor pauca’ cannot mean ‘hearing much, uttering little’, but must rather is imperative ‘hear much, speak little’.

The echoes of Plato’s Phaedrus (poem nine of the third partition) bring together the book’s main themes: the difficulty of reducing the spoken to the written word, and the nature of love. These are the two objects of discussion in this dialogue, the unity of which has been a topic of debate for two and a half millennia.

The details of the setting of the Phaedrus (plane tree, cicadas) weave into Maidment’s poem and connect with others in the book, for instance the crickets in the fifth poem of the third partition, whose sound is sketched like Morse code and repeated on the back inside cover. Thematically, the memory of the Phaedrus provides a similar yet contrasting constellation of the same concerns that shape Musgrave’s own work. Like the Phaedrus, Musgrave’s book aims to preserve the memory and the voice of the writer’s teacher, and self-consciously probes the nature of such recording. This is, notoriously, the dialogue in which Plato has Socrates criticise the adequacy of the written word for capturing the spoken one. It is also a dialogue concerned with the complicated role of love (in a very broad sense) in intellectual life. How exactly this bundle of themes are to be reconciled is a very old question. In the case of Anatomy of Voice they cohere around the problem of remembering and memorialising Maidment.