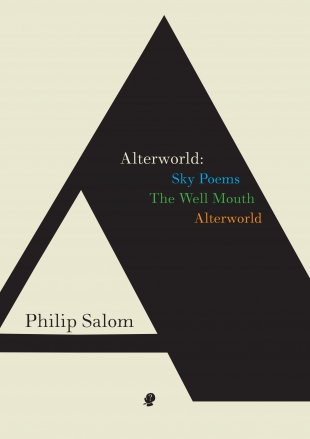 Philip Salom’s Alterworld is much more than a standard ‘new and selected’. Two major books, Sky Poems (first published 1987, FACP) and The Well Mouth (2005, FACP) are reworked, and a new collection completes the three. The two previous books were already a closely connected pair: where Sky Poems takes an upward trajectory, developing a sky-like place of apparently unbounded imagination, The Well Mouth is a book of and in the earth, implying all that the downward direction of the human imagination has traditionally meant: death, decomposition, renewal. These were, in short, complementary books, working on the old and deeply rooted antithesis of the sky-like/celestial and the chthonic. The third collection, Alterworld, develops both of these, as well as revisiting and extending some themes from Salom’s numerous other collections. It does not, however, offer a tidy synthesis, nor is it just a Purgatorio, belatedly balancing the earlier Inferno and Paradiso.

Characters, as well as themes, from the previous two books and others of Salom’s collections also return: Mr Benchley, the title character from The Projectionist (1983), reappears, and plays some films, beginning with Olivier as Hamlet and ending somewhere in hell. As in his first poem back in The Projectionist, there is a fire in the projecting room and he’s burned. Tiresias in Alterworld (‘More Creatures of Alter’) seems, on a first look, to encapsulate the voice of the murdered prostitute which ran along the bottom of each page of The Well Mouth, but this is not quite so. It is rather a playful sketch, a kind of caricature in classical costume, of a much more complex voice. The Tiresias myth is a starting point (mentioned already in the very opening of The Well Mouth) but not a master-key to those poems.

Similarly, the title character from ‘Smithy’s Dream’ makes another appearance. In Sky Poems, Smithy had raced his car over a curving bridge every Friday after the pub, in a kind of eternal recurrence. This was, in that poem, his one moment, and the crash was in the immediate future:

In Alterworld (‘Smithy Again and Again’), time is allowed to move on: post-crash the amnesiac Smithy eventually finds his way back to the pub, after some months, and is recognised by his friends. (One of the same ‘friends’ gets his own say in ‘Personals’). Freed from his loop, Smithy’s story seems to move in a circle, but the end point is not, this time, the same as the beginning. Rather, the returns are those of rediscovering memory and of social ritual:

In the revised order of Sky Poems, the original Smithy poem has aptly been moved forward, opening as it does the continuing theme of eternity, a theme continued in the book through temporal freezing, loops, imagining of unlimited duration. This, in turn, is part of a broader interest in removing the normal limits of human life, to look more closely at what remains.

Along with this tendency to imagine away the limitations of normal waking life comes a keen, almost stifling sense of the limitations of fear and attachment. ‘Wandering the Sky’ takes the poem’s ‘I’ through a series of scenes like something from a medieval dream-vision or one of the various poetic topographies of the afterlife (Homer, Vergil, Dante). Each group responds to the freedom of the sky by sticking to the little loop of their own thoughts:

The cessation of all living hopes in The Well Mouth becomes a negative image of the unboundedness of the sky: in both people cling to the remnants of ‘normal’ life to limit the dissolution.

It is easier to say what the third installment, Alterworld, is not than what it is: it is not a synthesis or conclusion, not a mere middle ground between the sky-like and the chthonic, not merely retrospective, despite the pleasures of retrospection that it offers. The epigraph to Alterworld is simply: ‘The living are already dead. – Krishna’, presumably quoting Krishna speaking to Arjuna in the Bhagavad-Gita. Alterworld combines, broadly speaking, the liberation through decomposition of The Well Mouth and the sky-like escape of Sky Poems, but working this combination specifically in embodied, current reality; it begins very deliberately with the framework of embodiment in the mind, or the shape of the mind as inevitably embodied (‘Sologram’), and with the inescapability of the senses (‘In the Alterworld the Windows Are Open’). This could never be an easy combination, and it is not one for a reviewer to attempt to reduce to a tidy formulation. The connected work that the triple-composition of Alterworld now represents deserves serious critical engagement. More than that, it deserves a wide readership willing to live with, and in, poetry of impressive scope and genuine humanity.