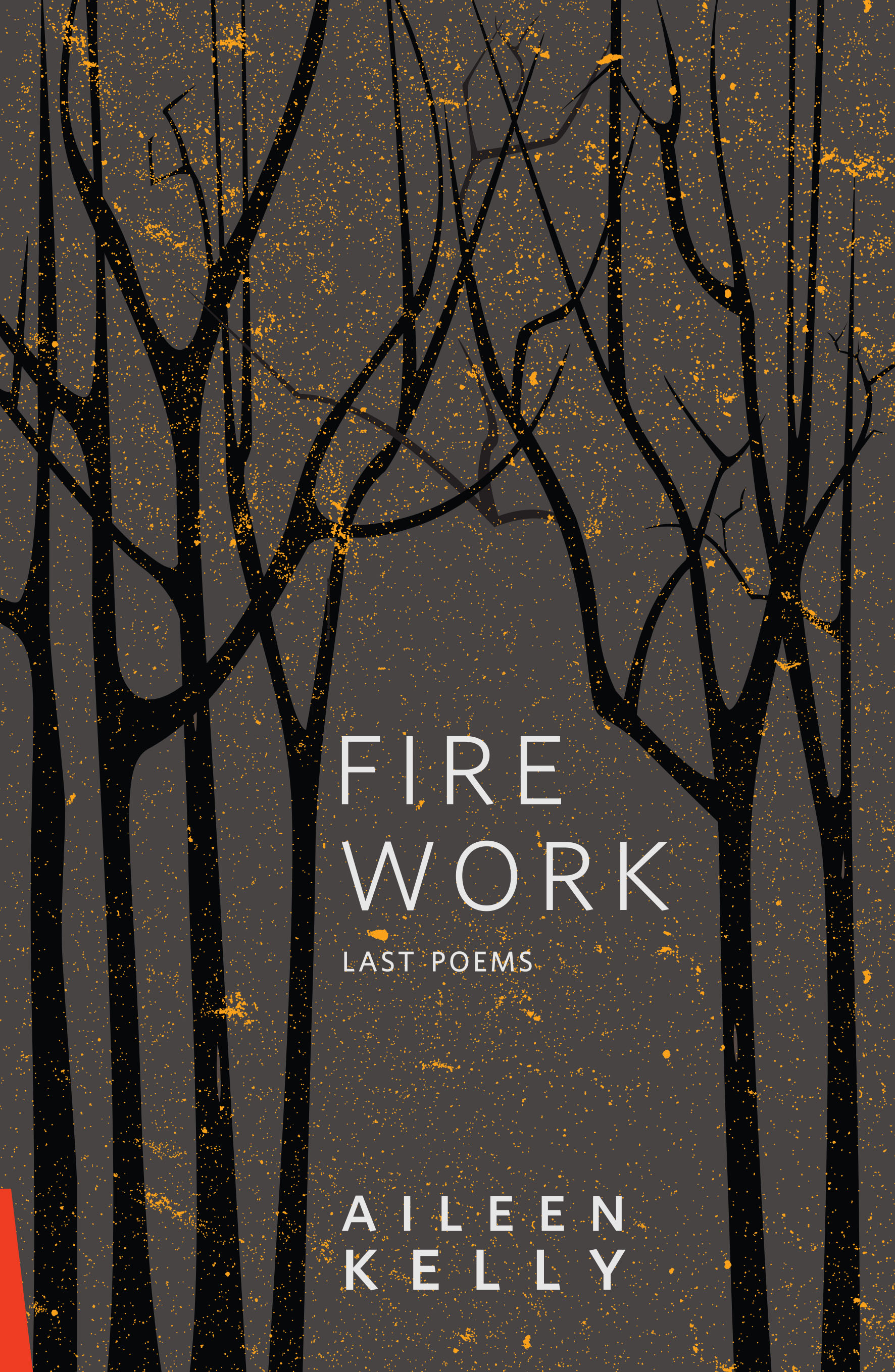 This is the last collection by a major Australian poet, and it is a firework in the tightness and effervescence of its poems. Like Aileen Kelly’s previous book, The Passion Paintings: Poems 1983-2006, it concentrates the work of many years. Unlike that book, however, this one was assembled and edited after its author’s death in 2011: firstly by her husband, Paul Grundy, and then by Catherine Bateson and Joanne Lee Dow. At that stage, the text was finalised by Dow and editor, critic and anthologist, John Leonard, who had been Kelly’s mentor for some years and whose press had published her previous book.

Fire Work is also the title of an enigmatic three-part poem about halfway through the collection. There, the fire only appears directly in the second and third parts; the quiet, first section is concerned instead with enclosure and a sense of pressure:

This first stanza, like many in Kelly’s poems, leaves open exactly what has happened, preferring to give an impression than to limit it by naming a cause. The poem as a whole, like many in the collection, holds silence and its rupture in tension against each other. Its second section brings words out of the silence, where ‘splinters of darkness might make a blaze upon the hill’. This fire, which becomes the one behind a grate in a fireplace, is both domestic and wild. It might be ‘Blake’s tiger’ or ‘morning day long watched for at barred windows’ or ‘the flare beyond surrendering branches / that must be next to burn’. In its final part, the poem turns to a grimmer kind of firework, in the practicality of letting an animal, even one on which one’s livelihood depends, walk in front ‘in landmine country’. The poem is a miniature of the collection as a whole: in the subtle balances which it works between contrasting elements, in the astute and unexpected selection of details, and not least in the ambiguity of the chosen elements themselves. The comforting is also potentially unstable or destructive.

These poems show an acute awareness of death and dying. Though these are, of course, staples of lyric and elegy, Kelly had an unfailing sense of how to make these old themes new. Her instinct for the concrete and specific is on show in, for instance, ‘Sunday afternoon’, on the weekly ritual of visiting a friend in a hospital (‘Save your jokes all week / for this performance’) or ‘Emeritus’. She sketches the title character of the latter in two uneven stanzas. The first catalogues the marks of surgery on his body:

And yet in the second stanza:

It is this combination of fragility with resilience, unavoidably temporary, which is perhaps most characteristic of Kelly’s collection. In ‘Contract’ the title refers to both book and mafia contract. The unnamed character has had, it seems, a stroke and is aware of her approaching death, still writing, but as if with a contract on her life. The description of her work in this stage as a return to writing on a typewriter, when ‘second thoughts were heavy effort’ is beautifully evocative and prepares the poem for its powerful final stanza:

This entry was posted in BOOK REVIEWS and tagged Aileen Kelly, Graeme Miles. Bookmark the permalink.

View all posts by Graeme Miles on Cordite →