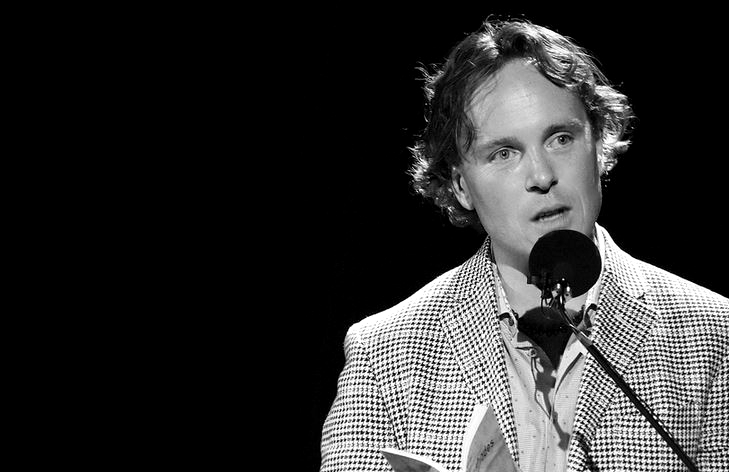 “Queensland Poetry Festival is thrilled to welcome award-winning Canadian poet Shane Rhodes as the 2013 Arts Queensland Poet in Residence. Since the residency program began in 2005, Queenslanders have had the pleasure of hosting an international poet for three months each year, bringing their ideas and creative energy to inform, influence, and engage fellow poets.

This year, Rhodes brings his wealth of experience as a published poet, editor and teacher. In selecting the 2013 Poet in Residence, it was Rhodes’ thought-provoking project, one exploring textual histories of colonisation, as well as his experimental style that made him stand out as an artist whose contribution to Australia’s poetry culture would be unique and invaluable. Rhodes will collaborate with poets across Queensland, as well as featuring at Queensland Poetry Festival and Brisbane Writers Festival.

Matthew Hall: Can the written text live off the page?

Shane Rhodes: The page is just one technology of many by which words come at us. What need to work – before words can live anywhere – are the words themselves, regardless of the technology. If the words don’t work, if the ideas aren’t sound, if the language isn’t torqued, if they don’t take off the top of your head, they are not going to live anywhere but die from the slow chronic disease of boredom. But it helps or, at least for me, is more interesting to also be aware of your medium. If you are using the page or the book, why not use it to the fullest extent you can and play? If you are performing spoken word or if you are designing video poems, understand the technologies and tools you are using and try to push them. Poetry is art. In art, you can fuck with things. Fuck with them. See what happens. Also, be cognisant that – as with all things in life – most art fails. Be fine with that.

Does Emily Dickenson live off the page? Does Sappho? These are poets whose words have come to us in papyrus fragments and paper fascicles and yet theirs are some of the most living poems we have. If the words are right, the poem – regardless of the medium – has a chance.

MH: In Wireless Room there is a dominant focus on poems with titles such as ‘Meditation on the Electron’, which exist in tension with those such as ‘a moving poem’ or ‘Home Roads’ which insist on dynamic, if necessary, passages through locale, so I’m wondering how does the notion of a meditation into the ‘continuous past’ figure into your poetic?

SR: Anything, looked at hard enough, bleeds history. Of keen importance to me is understanding how any person or object exists in time: what got it here? from where did it come? William Carlos Williams has the phrase from Paterson ‘no ideas but in things’ and I would add to that ‘no things but in time.’ In capitalist cultures where all is new and now, thinking about the provenance of any object is disruptive to the free flow of goods and understood as a waste of time that could well be spent shopping. Thinking historically seems almost radical, an act of protest. This is slow thought built on research and scrounging around in the dark places we dump our history.

MH: In terms of gender do you find a certain mobility or fluidity around masculinity as you manoeuvre through and utilise gendered languages?

SR: I can’t imagine that there is ever one masculinity or femininity; each of us performs our roles, our bodies, our personalities, differently at different times and in different places. This fluidity is always going to break down in language with the crystalline insistence of pronouns.

MH: I’m wondering if you could speak to the notion of exile, both physical and ontological, that lies at the heart of many of the poems in this collection. As well, could you explain how travel enlivened the works, the longing inherent in the poems, and your expression that, ‘There is something of freedom that freedom lacks’?

SR: Much of this book was written while living and travelling in Mexico for a year and so is infused with that sense of wonder and wander. Jean Genet says, in The Thief’s Journal, that travel and exile push one into poetry and I think there is something to that. As much as I am drawn to the narrative comfort of novels while travelling, my way of understanding and digesting the new is through poetry. Poetry has the ability to work in the dark of a foreign land and foreign language. At the same time, speaking another language (in my case, Spanish) also throws you into an ultra-aware state of language – how it is constructed and how it constructs the world around you. For instance, in Spain, it is fine to coger (to catch) a taxi, while in Mexico (where coger means to fuck), it is seriously frowned upon.

MH: Could you address how your experiential peripateticism might echo expectations of coming to Queensland for three months (where you will be going to many regional areas as QPF ambassador).

SR: It is a great privilege to be invited to Queensland and to have three months to focus exclusively on poetry. For my own writing, my projects will focus on issues of settlement, racism, and colonial history. As British colonies, Canada and Australia have much in common and I think my project X (described below), which engages with Canada’s past and the ‘legal’ means of settler land appropriation, speaks to this common history and examines what it means in the present. At the same time, I hope to use my time in Queensland to work with discovery texts – the original journals and Cook, for example – that document some of the first European contact with, for them, new worlds. Cook is a particularly interesting example given his early contact both with indigenous populations on the west coast of Canada and the north coast of Australia. I have also been working with texts from early Canadian explorers such as Franklin and Samuel de Champlain and my travels and writing time in Queensland will allow me to think these projects through.

Pages: 1 2 3
This entry was posted in INTERVIEWS and tagged Matthew Hall, Sarah Gory, Shane Rhodes. Bookmark the permalink.
Matthew Hall is working on a dissertation on J.H. Prynne and Violence at the University of Western Australia and a series of poetic essays that pertain to the radical pastoral. His poetry, occasional prose and criticism have been featured in journals around the world. Hall is Editor of Cordite Scholarly.

Shane Rhodes is the author of six books of poetry and lives in Ottawa, Canada, on unceded Algonquin, Anishinabek territory.