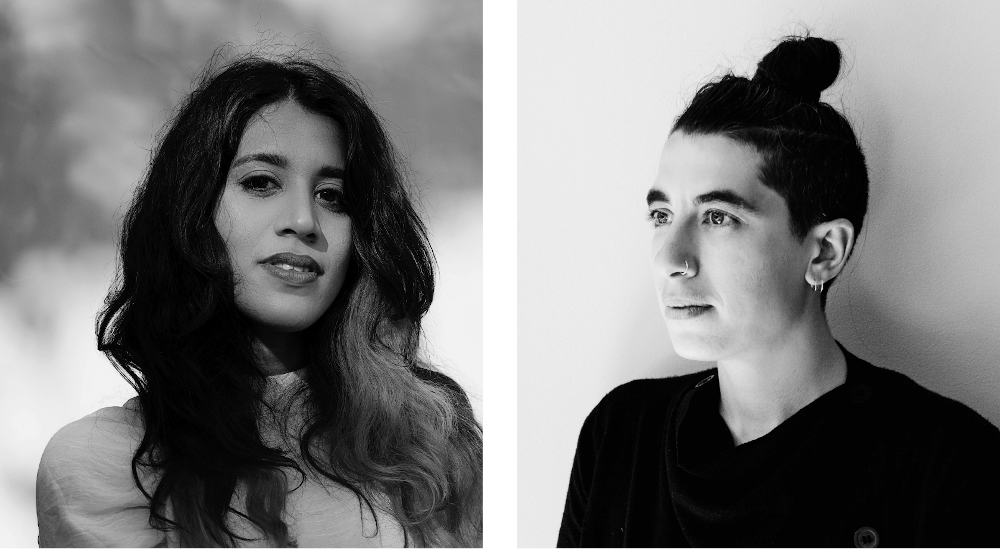 As I sat down to write this, I realised that this is the second project that we’ve worked on together during a lockdown. Although we devised the theme for this issue between lockdowns (sitting in a café – imagine that!), the bulk of the reading and curating was done while the city we both live in was well into its fifth (or sixth – I’m losing count) lockdown. And solitude makes for a strange context in which to work creatively, and collaboratively.

I wanted to start by reflecting on the very nature of accepting and rejecting poems for an issue of a magazine. There are so many factors that go into it, not least our own preferences, interests, contexts and poetic leanings (thankfully, we overlapped enough to make the process cohesive!). On top of that though, there is also interpretation of theme, the ways that poems fit in with each other, the fine line between threads of commonality and repetition. Which is all to say that the process of being a gatekeeper, an arbiter of taste, is uneasy and deeply subjective, and there were a lot of wonderful poems we were unable to include.

It’s raining as I write this, and I keep coming back to Jazz Money’s poem ‘if that ghost is still here come morning’ and the way it flows aesthetically across the screen – like water. I remember reading once that scientists believe water can hold memories, and I get a sense of that aliveness through Jazz’s poem, with its ghosts collapsing the linearity of time and place. That collapse – or wormhole, or layering, what W G Sebald aptly calls ‘historical metaphysics’ – is something that we spoke about early in discussions of AMBLE, and as a concept it has come through so beautifully in the breadth of poems that comprise this issue.

I kept trying to find solace in thinking about reading and spending time with poetry as a welcome space in lockdown – the expansion of time it allowed, to help me push back against everything shrinking and slowing. And there was this, but also, as you say, we read these in the context of fifth and sixth lockdowns, and it changed how we organised ourselves around the collaborative process of reading and selecting poems together.

The uneasy and subjective (this is an accurate phrase, so I’m borrowing it) process of selecting poems felt more heightened in this process because of the solitude, I think. But for all the things I wish we could’ve done in this little collab (I’d imagined us on a lounge room floor, reading aloud to each other, revelling in the sounds of the words), I remain impressed by the incredibly high quality of submissions we received overall. To send poems out into the world is a brave thing.

I had imagined AMBLE as a theme to explore its limitations as well as its depths – I had hoped for poems that went beyond what my meagre little lockdown brain could fathom. Poems such as Rosie Isaac’s ‘i saw it in parts’, with its circular, smooth steps, buoyed me. Other poems are quiet but startling. I often come back to Rae White’s line ‘please, register me’ in their poem ‘as climate change descends, i wait to be immortalised’. Its startling simplicity. And Georgia Kartas’s ‘time travels south / into the gut / and pelvis’, in their poem ‘spooky action at a distance’, reminds us of those collapsing categories of physical world, time, body. You mention the Sebaldian wormhole collapse, too – I think it’s that, though I also have even less of a sense of the shape of it. This was perhaps also the challenge for us in this theme – how to create a shape, in the form of selected poems brought together, arranged in tiled links on a screen, from a theme that is in many ways quite uncontainable.

Each poem in this issue brings out a new aspect of AMBLE that surprised, delighted or floored us. Sometimes they took what might have been a predictable interpretation in lesser hands, but executed it in a singular way. I hope readers find joy, solace, solidarity in rage, in this selection.

To end, I want to note that, in contrast to when you wrote the start of this editorial, I am writing this on a bright day – there might be a storm soon but the sky is springish and blue and my body is urging me for a physical manifestation of this issue’s theme.

You’re right in honing in on the expansive physicality of the poems in this issue, and I’m not sure if it’s an effect of the prolonged lockdown or a response to the theme (probably both) but there is a palpable embodiedness in the poems that we received and selected. And by that, I mean the deep sense of interconnection that binds us to one another, to past and future, to air and earth. This is what we were imagining AMBLE could encompass, and the pleasure of the process was finding that it exceeded our own imaginations. In her poem ‘an island is an archive’ Kiki Amberber so deftly finds resonance with this, as you say, uncontainability:

Time now for me to join you, to leave this screen and step out into the blue.

This entry was posted in ESSAYS and tagged Elena Gomez, Sarah Gory. Bookmark the permalink.
Sarah Gory is a writer, editor and publisher based in Naarm. She has worked in leadership positions in the arts for over a decade, most notably as Managing Editor of un Projects (2015-21) and Director of the Queensland Poetry Festival (2010-14). Her creative non-fiction has been widely published in Australian journals and magazines, and she is currently a PhD candidate at the University of Melbourne.


More by Sarah Gory on Cordite Poetry Review →
Elena Gomez is a poet and book editor living in Melbourne. She is the author of Body of Work (Cordite, 2018), Admit the Joyous Passion of Revolt (2020) and several chapbooks and pamphlets. She is currently reviews editor for Cordite and a PhD candidate at the University of Melbourne.