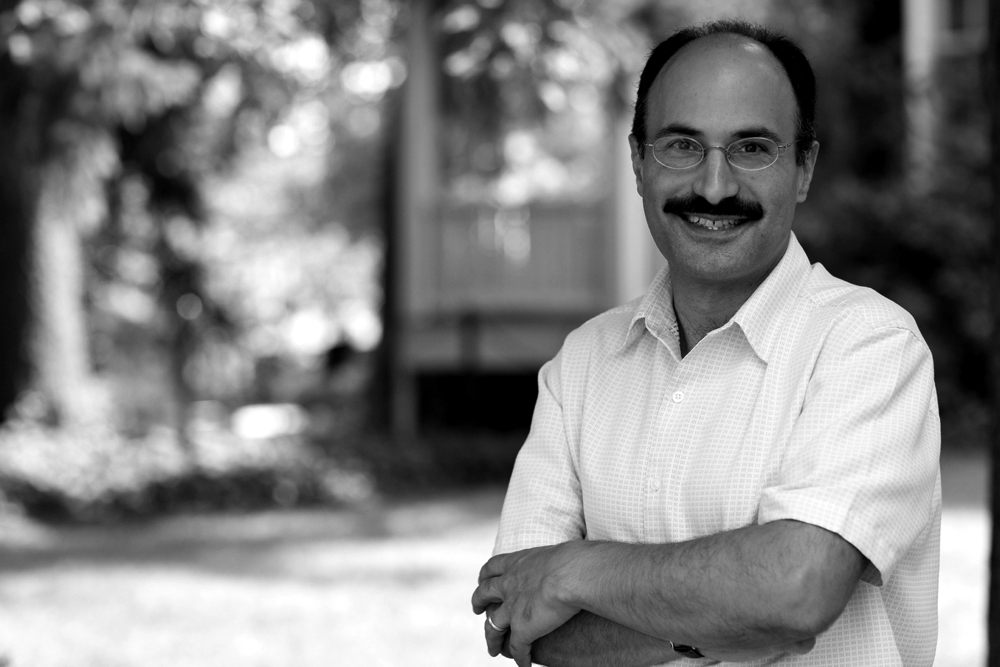 Image from University of Virginia

From opposite sides of the world (east coasts of USA and Australia respectively), US scholar Jahan Ramazani and I began an email correspondence, before meeting face-to-face while he was in Sydney for the AMSN2: Transnational Modernisms Conference in December 2014, where he delivered a keynote address. I was particularly interested in his recent work about the dialogic components of poetic genres, their historical contexts and how they related to transnationalism within and beyond poetics. We discussed how these elements interact and resonate in the world, creolisation processes, postcolonialism and the instability of national boundaries.

Elena Gomez: To begin, could you describe, briefly, a definition of a transnational poetics?

Jahan Ramazani: By ‘poetics’, I mean how poetry works – i.e., not just what it means – and by ‘transnational’, I mean nation crossing. By contrast, a national poetics conceives of a poem in terms of its national origins and elements and reception. A transnational poetics explores how poems traverse national boundaries. Poems have an especially long memory of form. And the formal structures of poems, if typically reshaped by local or national circumstances, are often adapted from a variety of different cultures. I’m interested in illuminating how a poem’s fabric often knits together forms, idioms, tropes, and inheritances from various cultures. This is especially so in a global age. From the modernists, such as Yeats, Eliot, and Pound, who had transformative engagements with South and East Asian cultures, to postcolonial writers of South Asia, Africa, the Caribbean, and other parts of the global South, who have often lived and worked in between the cultures of the North and South, I think the story of modern and contemporary poetry defies circumscription within the limits of the nation.

EG: In Poetry and Its Others you explore the dialogic aspects between poetry, news, lyric and song, and you’ve written about elegiac forms of poetry before, too. I’m wondering if you can talk a little about the relationships these particular areas have to your other area of interest, in transnational poetics, and whether one came out of the other?

JR: My first two books were about the modern elegy, from Yeats and Hardy to Auden, Plath, and Heaney. I was interested in examining how modern poets remake the elegy, providing a more ambivalent, unresolved, sometimes even agonistic portrait of the mourning process than we had in traditional elegies. Genre analysis is inherently more transnational than some other modes of literary analysis. When you think about elegies, as also about sonnets, odes, epic, haiku, ghazals, or even open-form styles of poetry, these aren’t confined to any one nation, and poets often borrow styles and strategies that have various cultural origins. And indeed my next two books were about postcolonial and transnational approaches to poetry. Editing The Norton Anthology of Modern and Contemporary Poetry (2003) and the twentieth-century volume of The Norton Anthology of English Literature (2006, 2012) also widened the scope of my reading.

My work as an associate editor of The Princeton Encyclopedia of Poetry and Poetics (2012) kept me focused on the particular devices of poetry but also on larger questions such as: what is poetry? When I was asked to write a long essay on postcolonial poetry for a Cambridge history, I decided to explore the question of what poetry is by examining poetry’s interactions with what it isn’t. I became increasingly aware that many poems – postcolonial and otherwise – assimilate nonpoetic genres, such as news, prayer, song, the law, the novel, and theory. But far from losing themselves in these other genres that they absorb, such poems often implicitly define themselves in their resemblances and differences from their discursive others.

Both my transnational and my intergeneric work involve the study of poetry’s traversal of boundaries, whether between cultures or between genres. These approaches stand in marked contrast to traditional ideas of poetry as either more local than other genres or more closed and monologic than other discourses (cf. the Russian theorist M. M. Bakhtin).

EG: I’m interested in your comment on genre analysis, that it ‘is inherently more transnational than other modes of literary analysis’. Could you expand on that?

JR: When you talk about a genre – let’s say you talk about poetry, for example – inherently, inevitably, you’re going to be talking about a range of different kinds of texts, from different cultural sites. So that’s the broadest generic kind of category, but I think it’s also true of a narrower slice. Say you talk about a sonnet, or say you talk about the ode or the elegy. Inevitably, again, these are genres that travel across national boundaries, and aren’t confined to just one particular site. In order to understand what’s particular to, for example, the American sonnet in the 1930s, you might have to zoom in somewhat. Inevitably you have to think about it in relation to the sonnet in other places: how does it differ from the sonnet in Britain during the Renaissance, or in Ireland, where there might be less interest in the sonnet because of its association with British-ness. Or if you take something like the elegy – obviously, poems of mourning have been found in many different cultures and many different times. I think that generic categories inevitably allow you to cut across the kind of narrow confines of the nation.

EG: So do you think that maybe looking at other formal qualities in poetry would restrict a transnational reading?

JR: Not necessarily … looking at other formal qualities, if you’re thinking about the circulation, say, of a trope or a symbol from one place to another and how it’s indigenised or appropriated or transformed as it moves from one culture to another can be like tracking the movement of the ghazal or the haiku or the pantoum. You can trace other formal qualities, too, but I think that all of those have a potentially transnational reach in a way that’s different from, say, if you’re just interested in a narrow historical focus on Australian literature in the 1990s or something like that, for which you wouldn’t necessarily have to move outside the boundaries of the nation. To think of another counterexample, let’s say if you’re interested in material culture, you might just focus on the relationship between literature and architectural forms in the city, or wherever.

EG: Could you comment on a distinction you made a little while ago between poems that are postcolonial and otherwise. What marks the difference of a postcolonial poem?

JR: I would look to the specific historical conditions of colonisation under which it is written, and I would look at differences in those intergeneric qualities. In postcolonial writing, there is a much stronger sense of oral cultures and often of song in particular as a carrier of memory, or other oral forms. So I would say that one could look at some of those features as ways in which to start to think about differences between postcolonial and other forms, but I wouldn’t only look at them. I would look more broadly at the ways in which people writing under the shadow of colonialism and in the aftermath of colonialism have both written back to imperial centres of power and imperial forms, and incorporated them, transformed them, adapted them.

Pages: 1 2 3
This entry was posted in INTERVIEWS and tagged Agha Shahid Ali, Elena Gomez, Jahan Ramazani, James Merrill, Mikhail Bakhtin. Bookmark the permalink.
Elena Gomez is a poet and book editor living in Melbourne. She is the author of Body of Work (Cordite, 2018), Admit the Joyous Passion of Revolt (2020) and several chapbooks and pamphlets. She is currently reviews editor for Cordite and a PhD candidate at the University of Melbourne.