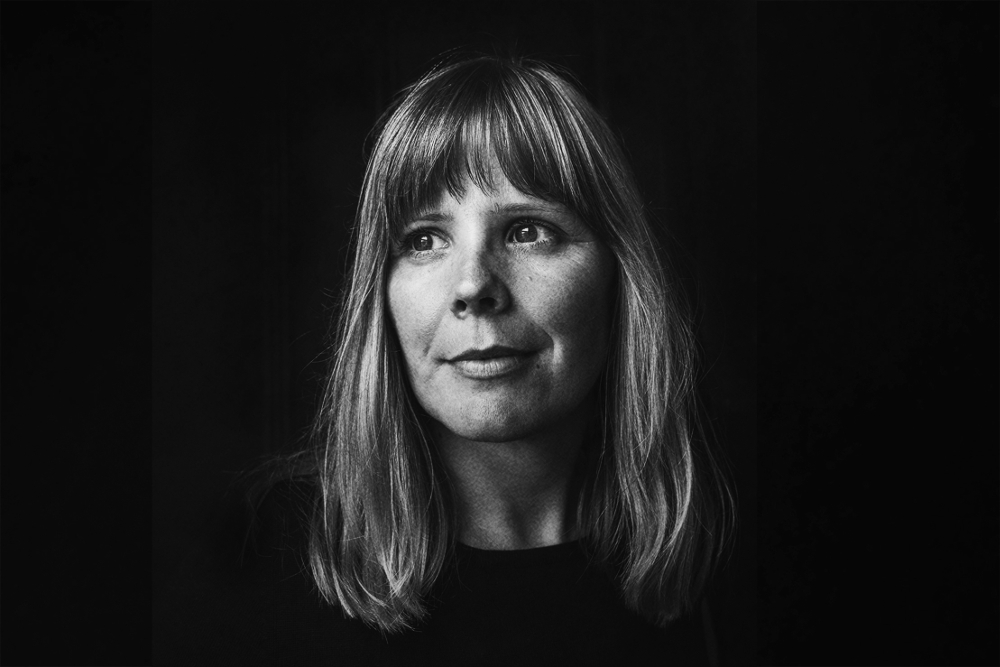 Maria Takolander is an Australian poet with Finnish heritage. Takolander lives in Geelong, where she works as a Senior Lecturer in Literary Studies and Professional and Creative Writing at Deakin University. She has published a book of academic criticism, on South American magical realism, called Catching Butterflies: Bringing Magical Realism to Ground (2007); three books of poetry: Narcissism (2005), Ghostly Subjects (2009), and The End of the World (2014); and a book of short fiction, The Double (2013); a novel is forthcoming from Text.

Takolander’s work often dwells on the self, the body, and history, each of which she de-familiarises in her poetry, making it seem strange, or revealing the strangeness that was there all along. In a media release that accompanied The End of the World, she writes, ‘The past is fascinating to me because its strange stories clearly reveal how far we live from reality at any given time. The stories we tell ourselves now are no less strange, although they might be more familiar.’ Takolander has an abiding interest in intertextuality; you’ll find all of her work – poems, short stories, essays – interwoven with references to other texts, and dappled with (or, often, infused with) the light of different imaginative modes, most prominently magical realism and the gothic. She writes through the literary, cultural and historical pasts, building on them and re-animating them through verse.

I interviewed Maria Takolander, and recorded her reading poems from Narcissism, Ghostly Subjects, and The End of the World, for a program on ABC Radio National. What follows is my complete interview, of which I used parts in the radio program.

Prithvi Varatharajan: Self-reflection is a theme in your poetry. Your first book of poems was titled Narcissism, and you’ve published a very interesting essay online called ‘Narcissism: Reflections,’ in issue one of Double Dialogues. Tell me about your interest in the self, and in self-reflection through poetry.

Maria Takolander: Well, I think most poets are fundamentally interested in themselves. I think poetry is almost essentially a narcissistic art form, and not necessarily in a bad way. Poetry is a form of literature that affords the opportunity to explore subjectivity, to think more deeply about oneself in ways that aren’t necessarily affirming. So it need not be an exercise in vanity. For whatever reason, poetry – perhaps because of its brevity, perhaps because of its ability to encapsulate hesitation or to allow you to talk about difficult things (and the self is a difficult subject) – allows you the forum to explore your identity.

PV: What is the activity of writing poetry, to you? What is it that you think of yourself doing when you’re writing poems?

MT: Poetry to me is a very moodful exercise in language. So poetry is about exploring a feeling or an emotion that I might have in relation to some subject, sometimes my own experiences or my own history, but also quite often historical topics or anything, really, in the environment. I don’t begin writing a poem with a sense of knowing what the poem will necessarily be about. I think poetry is a method for feeling your way into understanding a subject. Language is such a moodful instrument: it has resonances that people don’t attend to often enough. I think we live in a culture where language is taken for granted, and consumed like fast food, but language if we attend to it is extraordinarily emotional and rich in its resonances.

PV: In your essay ‘Narcissism: Reflections,’ you write, ‘Like the Surrealists, I engage in automatic writing, word association, finding metaphors that reveal the otherness of all the words that make up myself: words that always mean something other than what they seem to mean; words that reveal the interconnectedness of everything.’ Can you elaborate on this writing process?

MT: That’s a hard question – I wrote that essay a long time ago!

PV: Do you still do that kind of automatic writing?

MT: Well, when I start writing, as I said I start from a mood, a kind of emotional response that I have to the subject matter. And emotion, feeling, isn’t a linguistic phenomenon: you know, it’s an embodied sensation, so it doesn’t have words that equate in a one-on-one way with whatever feeling you might be having. So to give expression to that feeling one engages poetry with its rhythms and rhymes, tools that help you find the words to express what it is you want to say. So I begin with a mood and feel around for what kind of words will spring up in response to that mood, for what kind of images might embody that feeling. So it isn’t starting from a position of intellectual certainty, or any sense of certainty in the field of language. You start from a position of immense uncertainty, and if you can’t overcome that I suppose that’s when people talk about writers’ block.

PV: There’s a dream-like aspect to a lot of your poetry. I wonder if this is a stylistic feature, or whether it goes deeper, and is perhaps grounded in an interest in psychoanalytic ideas about dreams and the self. Maybe you could shed some light on this dream-like aspect.

MT: I have been a vivid dreamer in my life. However I have found that I dream less now, and less vividly. And yet there is this Borgesian idea, I suppose, of life as inherently being like a dream. Our lives are bizarre, and almost unreal, if we think about them – particularly in the context of the universe, no less. You know, that we live in this vast expanse of deathliness and nothingness, and here we are attached to this planet orbiting the sun in that vast space of deathliness and nothingness. That in itself is a dreamlike scenario, and it’s one that is a kind of preoccupation of mine. It provides the context for all of my thinking and writing. It is the ultimate perspective.

PV: Finnish relatives crop up in poems like ‘Winter War’ and ‘Anaesthetic.’ Describe some of the family history that you draw on in your poems.

MT: Yes, I am the child of Finnish migrants. And growing up in Australia rather than Finland, I grew up with a kind of second-hand storied knowledge of my family history. It’s fair to say that I am a little haunted by that history, so even though I haven’t experienced it first hand – and in fact because I haven’t experienced it first hand – it has taken on a kind of ghostly and haunting dimension. So I grew up being told stories, for instance, of my grandparents and their children who were forced into exile during the Second World War. My mother’s family come from Karelia in eastern Finland, and during the Second World War the Soviet Union invaded Karelia. And my family became refugees, essentially, and were given refuge in Finland. My grandfather subsequently fought in the war against the Soviet Union: the famous Winter War, a David and Goliath battle between tiny Finland and the massive force of Soviet Russia. And the Finns had an unlikely and much heroised victory during that battle. So, you know, all of those kinds of stories are part of my heritage. Finns pride themselves, in connection with that battle, on possessing a quality they call ‘sisu,’ which is a quality of strength and stoicism and endurance and determination. And it is this quality of sisu that gave Finns the edge in the Winter War, in that battle against Soviet Russia. And yet there is another side that I’ve seen as a Finn, which is one of quite profound suffering and pain. There’s a sacrifice that has been made to uphold that cultural vision of sisu, and that’s to deny the more difficult and emotional aspects of life. And people in my family – I think a lot of Finns generally – pay a price for that, in terms of that denial of the emotionally difficult dimension of life, that is a dimension of life – an unavoidable one.

Pages: 1 2 3 4
This entry was posted in INTERVIEWS and tagged Maria Takolander, Prithvi Varatharajan. Bookmark the permalink.
Prithvi Varatharajan is a writer, literary audio producer, and commissioning editor at Cordite Poetry Review. He has produced radio and podcasts for Red Room Company and ABC Radio National’s Earshot, Poetica, Lingua Franca, Weekend Arts, and First Person. His writing – poems, reviews, interviews, scholarship – has appeared widely in Australian and overseas journals, and he has a book of poetry and poetic prose, called Entries, forthcoming with Cordite Books in 2019. He holds a PhD from the University of Queensland on ABC RN’s Poetica.


More by Prithvi Varatharajan on Cordite Poetry Review →
Maria Takolander is the author of three books of poems, The End of the World (Giramondo, 2014), Ghostly Subjects (Salt, 2009) and Narcissism (Whitmore Press, 2005). A fourth collection, Trigger Warning, is in press with UQP. Her poems have been widely anthologised and translated, and she has performed her poems on ABC TV and radio, and at national and international festivals. Maria is also a prize-winning fiction writer and the author of a book of short stories, The Double (Text 2013). She is an Associate Professor in Writing and Literature at Deakin University in Geelong, Victoria.