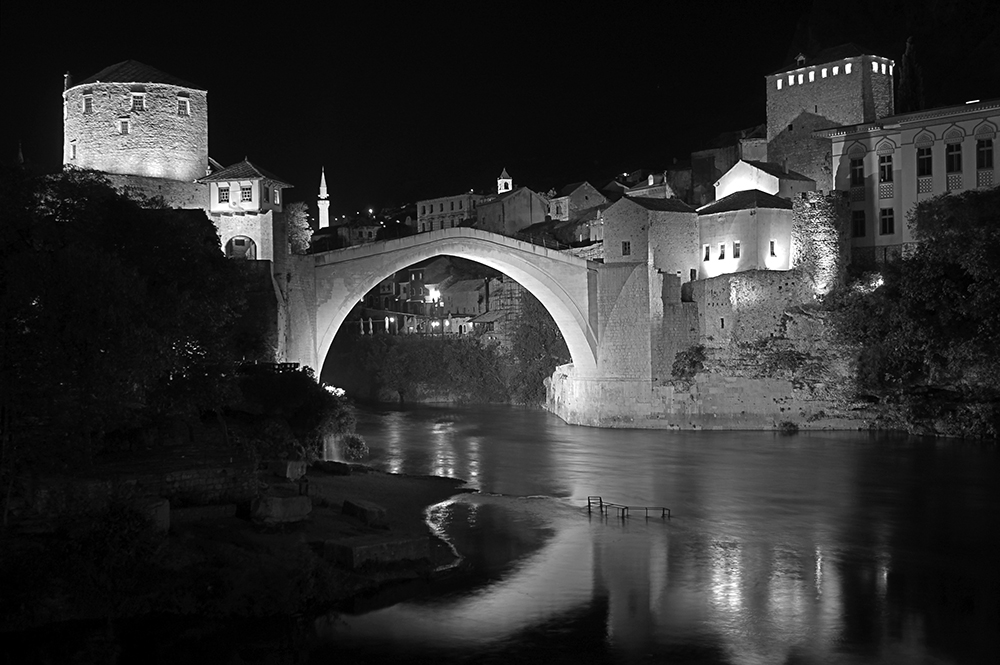 When I reflect on the last decade of my engagement with poetry, I hear a presence shadowing many of my encounters. ‘Hear’ is an apt verb, because this presence is aural. What has so insistently stalked my encounters with poetry is the medium of radio, which acted as a bridge to poetry, catalysing my absorption of the form at a formative time. Radio appeared when I was seeking other ways into an art that was energising, perplexing, and intimidating – the latter when it seemed too serious about its singularity. I remember listening, at this time, to a sprawling acoustic art program on ABC RN’s The Night Air, as I drove home from the industrial outskirts of the city; I remember my feeling of bliss, as my ears and mind were opened by the experience. I count myself fortunate to have caught the tail end of a period of sustained acoustic experimentation on RN, though I missed the aurally plentiful The Listening Room (1988-2003) and its precursor Surface Tension. This tail end has been long, and has included Poetica (1997-2014) and Soundproof – which ran admirably for two years from the end of 2014 to the start of 2017, during a period of relentless budget cuts and a shift towards more generalist and journalistic programming at the station. I’ve spent the time since that first enchanted experience hearing poetry nearly as often as reading it, and producing other poets’ work for radio and podcast (including the use of music and digital effects, in the tradition of the programs mentioned here) more than writing it. Some of this audio work is now lost, airing as it did in the years before regular institutional podcasting; most of it was given a home on RN’s Earshot and Poetica.

Radio programs used to have a sense of ephemerality, with their airing also a vanishing. It may be for this reason – the impermanence of the medium – that literary critics do not routinely listen for poetic resonances in more artful radio. This is despite the techno-spiritual link between print poetry and radio (particularly cultural radio): they often share a quiet way of being in the world, compared at least to commercial films and novels, which tend to announce their phenomenological affects (‘THIS SUMMER …’ / ‘gripping’; ‘compelling’; ‘unputdownable’). Another reason we routinely hear around, or hear past, radio when we seek out poetry is that modern and postmodern poetry, in its diversity of forms, is not so singularly fixated on sound – and so the rhythmic voice and poetic sound on the air mightn’t immediately strike us as akin to the poetry we read. But from a cultural history perspective it’s surprising that we don’t talk more of radio in the same breath as poetry, given that so many prominent Australian poets have also worked as literary radio producers. Among these poet / producers are John Thompson, Martin Harrison, Amanda Stewart, Robyn Ravlich, John Tranter, and Mike Ladd, all of whom have / had significant careers at the ABC, making radio art or literary radio programs.

In this essay I trace an understanding of the poetic that is grounded in aurality, in order to hear where poetic radio occurs. This demarcates a scope: there is obviously more to poetry than the aural, even in the basic fact that print poets work with language, which is part-aural and part-visual. There are also many poems – concrete poems, typographically experimental poems, digital poems – that may be structured or motivated more by a visual impulse, or equally by visual and aural impulses. Exceptions to definitions I present may be reason for another essay, one on the visually poetic dimensions of a primarily aural medium like radio.

I try to show how sound in radio may be poetic: this goes beyond programs that simply transmit recorded poetry, and into sound design, including the use of music and non-verbal sounds. The essay acts as a bridge – like that in Robyn Ravlich’s ‘Mostar,’ explored below – connecting areas of criticism that are usually disconnected: formal poetics, radio theory, and cultural histories of poetry and radio. In linking these different areas I hope to expand our listening, and to add to our vocabulary for thinking about such radio when we encounter it.

1: The sound of a medium

Radio is a medium of pure sound, which may include linguistic as well as non-linguistic sound. It may include speech as well as music: representational as well as non-representational sound. Poetry, in our highly literate age, is most often a medium of sound as well as sight. Literary scholars like Adalaide Morris and Garrett Stewart have reminded us, over the last two decades, that when we read texts ‘silently’ to ourselves, we are engaged in the sensory experiences of both sounding and seeing the text. In the case of poetry, most obviously metrical verse prior to the twentieth century, there is a lot to be sounded out. This is evident in the terms that traditional poetics uses in formal analyses of poetry, many of which refer to sound: rhythm, rhyme, cadence, alliteration, assonance, consonance, onomatopoeia, etc.

Poetry has historically had a close relationship to sound, and this relationship is apparently clear at the level of formal analysis, but becomes difficult to define upon closer inspection. Sound is fundamental to the system of poetic analysis known as prosody, which attempts to ‘scan’ poetry for its sounds. Lines of poetry are read for their sonic patterns – which syllables are stressed and which unstressed; what rhythm this creates, and where this deviates; and the reason for rhythmic choices, in relation to meaning. Such metrically regular poetry (in the work of Tennyson, for instance) is exemplary of the following definition:

Poetry – like prose, and like music – is an art of SOUNDS moving in TIME. For particular purposes, these sounds may be analysed into various units; for example, into PHONES (the smallest distinguishable speech sounds) or, in English and in many other languages, into SYLLABLES. (Shapiro and Beum 1)

This is a fairly loose definition: if prose and music are also arts of sounds moving in time, how can they be distinguished from poetry? The conflation of poetry and music is more considered in definitions of the lyric that refer to its relationship to song, and to a tradition of musical accompaniment. Daniel Albright defines the lyric this way:

I believe that lyric poetry is fundamentally an attempt to approximate the condition of music within the slightly alien and prosaic domain of words, whether through phonemic intricacies or through the frustrating of semantic reference or through the presentation of transcendental ideas or of absolute feelings. (ix)

The radio theorist Andrew Crisell has argued that ‘the broad emotive power of music enables it to be combined with words and/or sounds as a way of signifying something outside itself, and some of these forms of signification are worth considering in detail’ (216). Crisell’s reference to the signifying power of music when combined with other sound is reminiscent of David McCooey’s notion of the ‘poetry soundtrack’ (a term he coined, for a form he works in), which are ‘sonic objects made up of original text-based poetry, music, and sound design. The term deliberately echoes the “film soundtrack”: each engages a totality of sound – speech, music, and noise – and each employs audio technology to produce its complex effects’ (McCooey par. 7). Here music is represented as part of a larger harmony, lending its ‘emotive power’ to boosting the signifying power of speech, while resonating with the meaning of that speech.

I want to pause here to note that locating the ‘poetic’ in sound and musicality does not exclude free verse, even if it tends to pattern sound less regularly, and is more playful with the look of the poem on the page – with its visual dimension – compared to metred verse. As Derek Attridge notes:

Once poems started to be circulated in print as well as recited from memory or from a precious manuscript, their look on the page became significant, and the history of English poetry could be written as a history of the gradually increasing importance of its visual dimension – but always as this interacts with its aural dimension. (2)

Print invigorated poetry’s awareness of the visual. Along with other popular media such as film and television (and more recently, the smartphone), it arguably primed the domination of the visual in our imagination – what scholars have termed our ‘ocularcentrism’ (Lacey 280). The oral and aural made a comeback in the second half of the twentieth century, thanks to technologies of sound reproduction. Walter Ong has called this resurgence of orality/aurality a ‘secondary orality’: a mediated speaking and hearing facilitated by technologies such as the phonograph, telephone, radio, and television in a primary literate culture (11). This resurgence of the oral was tied, for some artists, to an experience of deeper subjectivity (though Derrida would later term the value judgment implicit in this as ‘phonocentrism’). Michael Davidson has argued that, in the mid-1950s, American poets such as Allen Ginsberg, Paul Blackburn, LeRoi Jones (Amiri Baraka), and Jerome Rothenberg turned to sound recording technologies to reclaim their connection to the self, via mediated orality, as ‘orality signifies unmediated access to passional states, giving testimony to that which only this poet could know’ (97). Using magnetic recording technology as part of their creative process, poets at this time sought as well to re-claim a self that had been appropriated by the state (via audio surveillance) in a burgeoning Cold War that eroded the privacy of citizens: ‘voice was a contested site in a battle over identity and agency’ (99).

While we’re riding this wave into media culture, it’s worth noting that the increasing availability of sound recording technologies intersects with the trajectory of sound poetry – that other realm of sonic practice that runs alongside the modern tradition of the lyric, and print poetry more generally. Sound poets have always sought to push poetry beyond its representation of meaning, and of the authorial body. New technologies of sound recording allowed poets to process the voice in unprecedented ways:

The development of the tape recorder after World War 2 … led to an important link between sound poetry and audio recording, especially through the construction of ‘unperformable’ works, such as Henri Chopin’s sound poems, from using (and misusing) tape recorders. Such a ‘tradition’ developed through the 1960s and 1970s, as seen in the work of John Giorno and Bob Cobbing, through to the digital era, in which poets such as Christian Bök and Amanda Stewart use digital means to produce audio works that anatomise speech and deconstruct semantic meaning. (McCooey par. 13)