Prithvi Varatharajan is a writer, literary audio producer, and commissioning editor at Cordite Poetry Review. He has produced radio and podcasts for Red Room Company and ABC Radio National’s Earshot, Poetica, Lingua Franca, Weekend Arts, and First Person. His writing – poems, reviews, interviews, scholarship – has appeared widely in Australian and overseas journals, and he has a book of poetry and poetic prose, called Entries, forthcoming with Cordite Books in 2019. He holds a PhD from the University of Queensland on ABC RN’s Poetica.

Posted on January 10, 2020 by Prithvi Varatharajan

I’ve noticed that Prithvi Varatharajan thinks carefully about offering a true gesture, word or position in every social exchange. I sense that, for him, all communication is an art defined by authenticity rather than decadence. His reflective nature is continuous with the character of the poetics in Entries.

Posted on November 25, 2019 by Prithvi Varatharajan

that summer of 2002 on the eve of the new year I was in Tasmania sipping red wine with a priest and my father in a caravan park his name (the priest’s not my father’s) was Felix, or Sebastian, something …

Posted on August 1, 2018 by Prithvi Varatharajan

When I reflect on the last decade of my engagement with poetry, I hear a presence shadowing many of my encounters. ‘Hear’ is an apt verb, because this presence is aural.

Varatharajan on as Commissioning Editor

Posted on April 4, 2018 by Prithvi Varatharajan 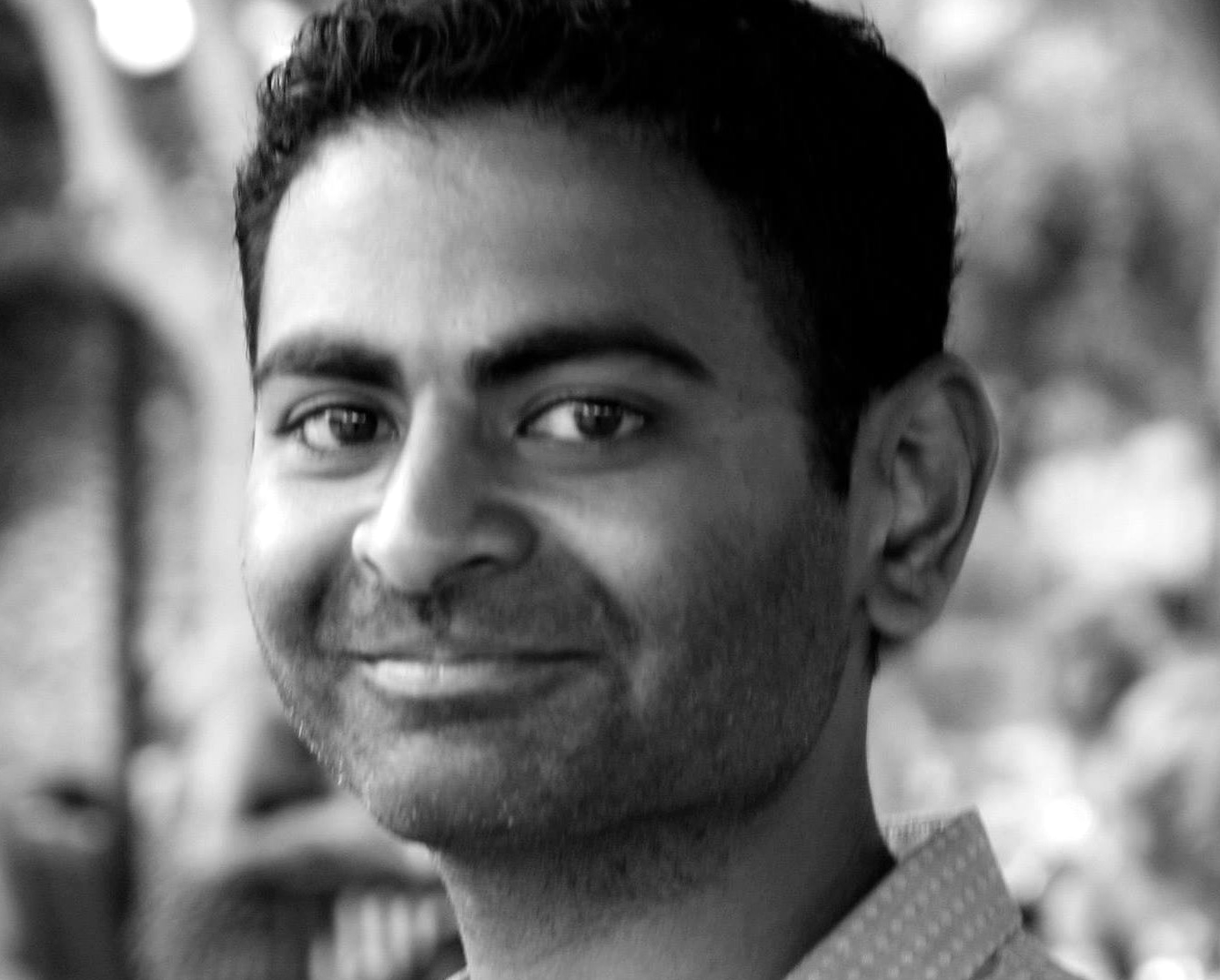 Posted on February 1, 2018 by Prithvi Varatharajan

The subject of my interview with Cahill is her second book of poems, Vishvarūpa, which is a highly unusual book by a contemporary Australian poet. In Vishvarūpa Cahill reanimates figures from ancient Hindu mythology.

Posted on November 22, 2017 by Prithvi Varatharajan

It can be daunting to survey a poet’s life work: there is the temptation to ‘make sense’ of the work as one coherent picture – to see it steadily developing in one trajectory, or honing one aesthetic (with deviations from this measured and marked) – or else as containing discreet phases which have beginnings and ends.

Posted on November 18, 2016 by Prithvi Varatharajan

Peter Boyle’s Ghostspeaking belongs to a relatively rare poetic tradition, in which the poet creates heteronyms through which he or she writes. Indeed, the cover blurb of Ghostspeaking announces that the book contains ‘eleven fictive poets from Latin America, France and Québec. Their poems, interviews, biographies and letters weave images of diverse lives and poetics.’ As opposed to the pseudonym, which is merely a false name that allows the poet anonymity, the heteronym entails the creation of an entire life: not only distinctive poetic works, but also a biography for the poet that embeds them in real history.

Posted on February 1, 2015 by Prithvi Varatharajan

Takolander’s work often dwells on the self, the body, and history, each of which she de-familiarises in her poetry, making it seem strange, or revealing the strangeness that was there all along.