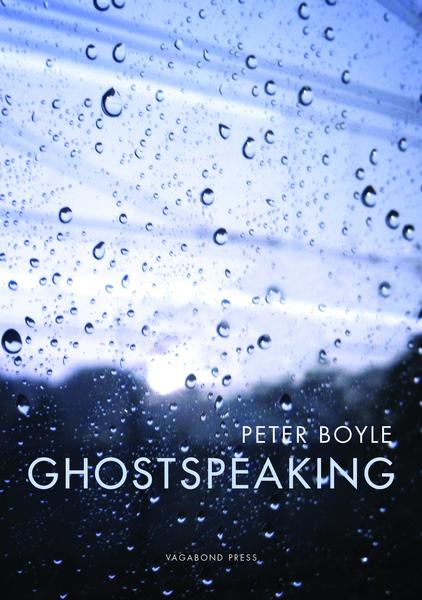 Peter Boyle’s Ghostspeaking belongs to a relatively rare poetic tradition, in which the poet creates heteronyms through which he or she writes. Indeed, the cover blurb of Ghostspeaking announces that the book contains ‘eleven fictive poets from Latin America, France and Québec. Their poems, interviews, biographies and letters weave images of diverse lives and poetics.’ As opposed to the pseudonym, which is merely a false name that allows the poet anonymity, the heteronym entails the creation of an entire life: not only distinctive poetic works, but also a biography for the poet that embeds them in real history. There are not many practitioners of the form, but a major precursor is Fernando Pessoa, the late-nineteenth century and early twentieth-century Portuguese writer, literary critic and translator. Pessoa created scores of heteronymous prose writers and poets, and is best known for four: Álvaro de Campos, Ricardo Reis, Alberto Caeiro, and Bernardo Soares. His creations were so much their own entities to him that, when writing as Fernando Pessoa, he often referred to their opinions, some of which were in contrast to ‘his own.’

To offer ways of thinking about what Boyle is doing in Ghostspeaking, I’ll start by characterising Pessoa’s writing and then move on to Boyle. Pessoa’s poems had affinities with dramatic poetry, where the poet creates characters in verse. He saw his poetry as being somewhere between dramatic and lyric poetry; in fact, he argued that the two are not as separate as they may seem. ‘There is a continuous gradation from lyric to dramatic poetry,’ he wrote in his essay ‘Heteronyms: Degrees of Independence’: ‘if we were to go to the very origins of dramatic poetry – Aeschyllus, for example … what we encounter here is lyric poetry in the mouth of various protagonists’. In an essay titled ‘Degrees of Lyricism in Poetry,’ he addresses the interrelations between the two traditions in a different way, by distinguishing between lyric poets who adhere closely to their own experience as the source of their poetry (the conventional Romantic sense of a lyric poet), and those who invent the experiences of others. Having categorised lyric poets into four ‘degrees’ which relate to their reliance on personality – with the first one being the most personal – he states:

The third degree of lyric poetry is that in which the poet … begins to depersonalize himself, to feel, not just because he feels, but because he thinks he feels; to feel states of soul which he truly does not possess, simply because he understands them. We are in the antechamber of dramatic poetry, its intimate essence … The fourth degree of lyric poetry is that much rarer one, in which the poet … embarks upon complete depersonalization. He not only feels, but lives, the states of soul which he does not directly possess.

The last of Pessoa’s degrees of lyricism is the one he aspired towards in his heteronymous works. It is also the one that Boyle inhabits in Ghostspeaking. This fourth degree of lyricism may seem similar to what the novelist does with her characters, but there are important differences. The structure of the realist novel typically has the author at the top, and the fictive creations below her. Such a novelist does not make any claims that her characters are authors in their own right: the privilege of authorship is reserved for her. Moreover, in the contemporary English novel there is often a coherence of style across the novel, at least in the narrator’s voice which ties the various characterisations together. The ‘master author’ is given special importance within the confines of the novel. This is not the case in heteronymous poetry, where each poet jostles for the status of author in their own right. It is also worth noting that heteronymous poetry is different to biographical poetry, such as in the work of contemporary Australian poets Jessica Wilkinson (Suite for Percy Grainger, 2014) and Jordie Albiston (The Hanging of Jean Lee, 1998). Such poetry animates real historical figures, and the poetry is a conscious act of writing in character while hovering at the border of fiction and fact. By contrast, heteronymous poetry entails the creation of a person who is not already in the world’s records, along with the creation of their rhetorical voice in poetry.

Heteronymous poetry is decidedly eerie if we conclude that its spirit is lyrical rather than dramatic (or that it is more lyrical than dramatic). Because the lyric is so closely tied to embodiment – the lyric authorial voice is often thought of in relation to a singular authorial body – heteronymous lyric poetry has a ghostly quality to it, as the voice seems to emanate from nowhere, from no body, even if, rationally, we are aware that all the voices in such a book emanate from the body whose name is printed on the cover.

Ghostspeaking follows Boyle’s excellent Apocrypha (Vagabond Press, 2009) in the use of heteronyms. But whereas Apocrypha seemed to featured one heteronym – a ‘William O’Shaunessy’ whose ‘translations’ of fragments of classical Western literature Boyle claims to have discovered and edited – Ghostspeaking clearly features eleven such figures. I say ‘seemed to’ because it becomes clear in Apocrypha that O’Shaunessy is not the only imagined figure in the book, that there are heteronyms lurking within ‘his’ translations. Because of this initial picture, which resolves itself upon closer reading, Apocrypha reads as a book of works by real poets, translated by Boyle-as-O’Shaunessy, whereas Ghostspeaking looks to be a meandering anthology of heteronymous writing, containing poems, prose, letters, interviews, and biographical introductions. A similarly expansive imagination motivates both projects, but in some ways Ghostspeaking is more upfront about the number of heteronyms in its pages.

There are many allusions to the act of poetic ventriloquy in the text of the book. The title poem ‘Ghostspeakings’, by Ricardo Xavier Bousoño, contains the lines: ‘And you came floating, / A white witch in flowing robes […] / And I, a ghost led by a ghost’. If the poems in Boyle’s book are spoken by ghosts – the eleven disembodied heteronyms – then this poem suggests that ‘Peter Boyle’ should also be treated as a ghost, as a self that is no more permanent than the others: a ghost-self led by ghost-selves. In this title poem Boyle signals the arrival of the many selves within himself, in the manner of one of the book’s epigraphs, by Argentine poet Alejandra Pizarnik: ‘I cannot speak with my voice – only with my voices’ . This suggests a compulsion which is not always the case for Boyle: much of his earliest poetry is in a singular poetic voice, in a more conventional lyric style. A possible motivation for the poet to have written Ghostspeaking is proffered by Maria Zafarelli Strega in the penultimate section of the book titled ‘Package Received From Mexico City, December 2015’. In the introduction to this section, Boyle claims he received a package from Strega’s address in Mexico; we are told the poems in this package are the last that Strega wrote before committing suicide. The poems arrive at his doorstep after passing through many hands – a metaphor for the book as a whole. In one of the enclosed poems, Boyle-as-Strega tells us that:

The poet has also slipped these allusions of ghostliness into the poets’ biographies in a more playful way, like mischievous winks to the reader. In Boyle’s account of an interview with Argentine poet Ricardo Xavier Bousoño, we’re told: ‘A recurrent theme in Ricardo’s conversations was his sense of being passed over, never mentioned in awards, excluded from magazines, having to fund the publication of his own books.’ Likewise, the biographical note on Lazlo Thalassa reads: ‘The eccentric Mexican poet of mixed Bulgarian and Turkish origins is a shadowy figure whose very existence has been much debated.’

Pages: 1 2 3
This entry was posted in BOOK REVIEWS and tagged Peter Boyle, Prithvi Varatharajan. Bookmark the permalink.
Prithvi Varatharajan is a writer, literary audio producer, and commissioning editor at Cordite Poetry Review. He has produced radio and podcasts for Red Room Company and ABC Radio National’s Earshot, Poetica, Lingua Franca, Weekend Arts, and First Person. His writing – poems, reviews, interviews, scholarship – has appeared widely in Australian and overseas journals, and he has a book of poetry and poetic prose, called Entries, forthcoming with Cordite Books in 2019. He holds a PhD from the University of Queensland on ABC RN’s Poetica.