We've all read those interviews where the interviewer begins by making a few remarks about his or her subject – perhaps something cliched about a 'piercing gaze' or 'bubbly persona' – as a way of easing the reader into what promises to be a puff piece or a booster article.

Often these articles function as a way of softening the general public's perceptions, or planting seeds in the reader's mind, to be sown at an unspecified later date. A full page photo of the subject, preferably situated somewhere 'in the bush', staring into space somewhat abstractedly but nevertheless determinedly, also helps.

All of which could not in any way help me to come up with a promotional photo of, let alone write an article about the new Voiceworks editor, Ryan Paine, who was not only half an hour late for our interview, but also turned up at Glenferrie Station carrying some kind of doctor's portmanteau. To top it off, a tattoo of Tolkien's initials took pride of place on his left forearm.

Clearly, a nice nature shot under a peppercorn tree with Ryan wearing an akubra was not going to work.

Voiceworks is a literary magazine written and produced by and for Australians under 25. I was lucky enough to be published within its pages about ten years ago which will give you some indication of the upper limit on estimates of my current age.

Paine, a self-described “working class boy” from Adelaide, had his first story published in Voiceworks at the age of 20 and has since navigated that rare path from aspiring writer to chief head honcho in a mere 17 months, giving you a similar indication of his age, as well as his expected tenure as Editor.

Unlike the National Young Writers Festival, where the 'young' bit refers to how old you're feeling at the time, Voiceworks (and its parent organisation, Express Media) is a little more strict in its age policy, and why not – for every publication dedicated to the under 25s, there's a dozen catering to those who may well be young at heart but, perhaps sadly, actually remember the 1980s. But enough about me.

After dropping out of university, Paine worked at a series of labouring jobs before finally landing some work experience with an Adelaide publishing company he freely admits catered to the vanity end of the market.

“It was a self-publishing house, it was fee for service type vanity publishing, so I didn't feel like I was really involved in what I wanted to get involved in. It definitely made me a bit cynical of self-publishing because of the low quality of what I was working on and I was encouraged to turn a blind eye to things.”

While this experience was not necessarily creatively rewarding, it did land him another job within the publishing industry, this time with Wakefield Press.

“I started working primarily as a typesetter and then just convinced them to give me manuscripts and thing like that and so I started editing them. They were making decisions based on judgement, rather than just a commercial basis, and that's what I was really interested in. I mean, Wakefield do fee for service as well but mostly academic stuff.”

Not that he necessarily sees self-publishing and vanity publishing as loaded or derogatory terms.

“In fact moving to Voiceworks has opened my mind to a lot of worthwhile stuff that's been self-published. There's a bunch of stuff going on that publishers aren't interested in but there's a market for it – I mean, zines are a form of self-publishing, and if that's what you're into reading and making, then go for it.”

After he had his first story – one he describes as 'based on a true story about a goitre and a fart joke on a fishing trip' – published in Voiceworks, Paine started travelling to Melbourne to attend literary events, went to the aforementioned NYWF in Newcastle then joined the editorial committee and was finally offered the job as editor and moved to Melbourne in 2006.

“It's been a pretty turbulent ride – it's happened pretty quickly. I had no idea I'd be moving to Melbourne.” 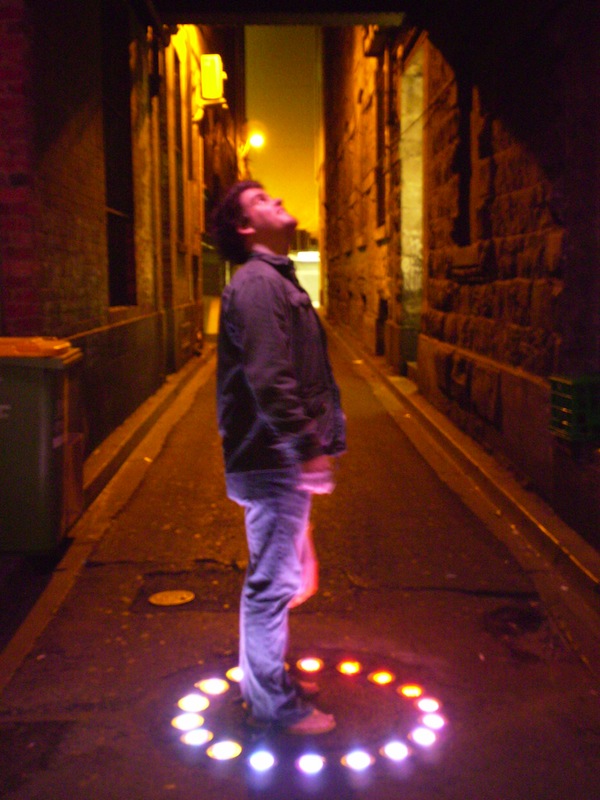 When asked what he sees as Voiceworks' role or place within the field of Australian literary magazines, Paine is initially cautious and inadvertently mixes his metaphors.

“I don't think I know the landscape well enough yet but what I often feel and what I usually say is that I feel like it's an isolated island in that landscape and whatever that landscape is around it, most of us are still unaware of it.

“It's been a reaction against mainstream and established ideas – but I think it's gotten to the point now where it's being too reactionary, where it's being deliberately oppositional and disregarding other values – I'm talking more in terms of the visual aesthetic of the magazine, not so much the writing.

“I've often heard people talking about how unpleasant an experience it is to look at past issues of Voiceworks and that's been damaging to some extent and that's what's caused it to be isolated because people with more conservative or traditional values would just write it off immediately as 'grungy', 'irreverent' or 'ill-thought out'.”

He may have a point, although perhaps this is an untestable assumption. Voiceworks has been reviewed a few times in recent years, but Ryan later tells me he's referring to the word on the street and some letters the magazine has published in recent months, one of which described it as coveting 'a sort of Grung-lite ugliness'.

Then again, who needs another 'serious-looking' magazine, especially when that magazine is aimed not at 'conservatives' (whoever they may be) but at young people who may themselves be immersed in the visual arts as much as the written or literary arts.

In the end, as with any magazine, it's all about striking a balance between visual and linguistic aesthetics and, as Paine is keen to emphasise, attracting a variety of readers.

The choice of a new designer for the magazine reflected this motivation.

“That wasn't a case of me not liking the last designer and so getting a new one but it was certainly a part of the process for selecting the new designer – So to go back to the landscape, I mean, especially when the magazine has been set up to give voice to young marginalised people, what's the point of shouting over a big moat?”

In my mind I conjure up more mixed metaphors as well as images of Paine as a pen-wielding knight defending his castle from attack by font-bending attackers. Such an image, however, belies that fact that Voiceworks is not a one-man operation, but rather a cooperative organisation with a fourteen person editorial committee as well as a management committee with an oversight role.

Paine, a self-confessed 'satellite figure' in social terms, has had mixed feelings about working within such a group structure.

“I never really developed an understanding of the dynamics of a cohesive group, so now not only am I a part of that group but I'm also a manager. I have to play the friend and mentor as well as the professional editor, so at varying times I'm called upon to use my authority to govern the group but I also have to step down and just be another editorial committee member.

“I realise now that not everybody's on the committee because they want a career in publishing. They're also interested in art and in meeting new people – that's great and that's what the committee is good for but sometimes you have to temper that with practicalities. I treat it as more of an opportunity to give and receive professional development.”

I suggest that this might be the reason he's the editor, to which Paine responds that he actually would have preferred to just be a member – a puzzling preference, one would think.

“But”, he explains, “I'm really missing my in-house job, where I wasn't a manager, where I didn't have to worry about those major concerns. Sometimes I wish I was writing for the magazine instead of editing it.”

Be that as it may, Voiceworks is surely the richer for Paine's decision to make that monumental move and become editor-in-chief. I for one am looking forward to seeing the results of this shift, in print.

This entry was posted in GUNCOTTON and tagged David Prater, ryan paine. Bookmark the permalink.
David Prater was Cordite's Managing Editor from 2001 to 2012. His first poetry collection, We Will Disappear, was published by papertiger media in 2007, and Vagabond Press published his chapbook Morgenland in the same year. His poetry has appeared in a wide range of Australian and international journals, and he has performed his work at festivals in Australia, Japan, Bulgaria, Canada, the United States, the Netherlands and Macedonia. He has also undertaken two writers’ residencies in Seoul, Republic of Korea, and has worked extensively as a teacher, editor and researcher. He currently lives in Stockholm, Sweden.