David Prater reports back from NYWF 2001 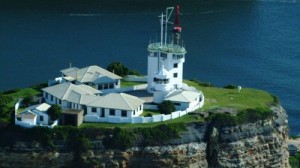 I don't care what anyone says; the 2001 National Young Writer's Festival was never going to be as good as last year's or the one before that. At least, that's the vibe I picked up as I cruised up and down Hunter Street Newcastle, eavesdropping on the conversations of the nation's young poets, novelists and playwrights. For a start, the organisers were up against some pretty stiff competition, weren't they? I mean, imagine scheduling a whole week of poetry readings, information sessions, workshops, bookstalls and performances alongside one of the biggest events in Newcastle's history! You know what I'm talking about: the Rugby League Grand Final. And you know the words on everyone's lips: GO KNIGHTS.

You couldn't do anything but GO KNIGHTS. Inside every newsagent: reams of streamers that hadn't sold in the last ten years, red and blue, draped everywhere, like a huge safety net between customers and ceiling. But as for buying a newspaper, what's wrong with you, too smart for the Big League? Even the postman, on his red and blue motorcycle, wore red and blue streamers in his go knights helmet, like an Ivanhoe jouster.

There's always been something of the medieval about Newcastle, though. You need climb to the top of the cathedral on the top of the hill, with its view from Terrigal to Port Macquarie, to realise you're in the presence of historical greatness. Unlike Wollongong, that other steel city, they've managed to preserve most of the old historical buildings in Newcastle, creating the kind of time warp effect described in hushed whispers by travellers returning from Prague …

Anyway enough about the Knights. They won and Newcastle subsequently became a riot zone for several days. Heath Ledger was rumoured to have put in an appearance, jousting stick in hand, singing some song by Queen. Maybe that's not true but I don't care.

I found this site quite by accident the other day when I was down at the public access terminal in my local library and I needed some info on the NYWF so I could write this review. The US NYWF helps women from low-income and marginalised backgrounds through some kind of donations and grant-making system. It was kind of eerie to come across this site in connection with what happened in Newcastle. I mean after all, the festival started about two weeks after 9/11 (11/9, 9-1-1 etc). Here's what they say about it:

Many of the low-wage workers in the World Trade Center and throughout New York City have or will suffer loss of a job or were uninsured, others are missing family members or parents who may have been breadwinners, and several nonprofits serving Arab-American girls and women are the targets of bias. The staggering estimate of the thousands of displaced, unskilled, low-income employees will truly hit the core of many families throughout all of the five boroughs of NYC. Further, half of the unionized, mostly women, garment workers in Lower Manhattan were sent home without pay. Any brief period of unemployment will be financially crippling. The air quality in the surrounding poor communities has been dangerous, particularly for the elderly.

I also checked out the Sonic Youth site. I don't know why. Probably because I was thinking of the kids, culture jamming, zines etc. It too mentioned the NYWF, and the quality of the air. Lee Ronaldo's description of a pair of girl's shoes was food for thought in this violent world, a world from which Newcastle seemed somehow immune. That was, at least, until I rocked up at the one and only session I actually attended and I saw across the road, in Civic Park, an army recruiting station.

If the NYWF (the festival, that is) suffered from bad timing, then this strange and totally fake encampment, complete with tanks and camo gear, took the cake. All part of some OTHER festival that was on in town that weekend, called Mattara. Every person I asked about this strange confluence of festivals (oh yeah, the NYWF was part of a much HUGER festival, dubbed THIS IS NOT ART) simply sneered. I soon found out why: Mattara was in competition with the NYWF for the attention of the KIDS, only Mattara was aiming a bit younger, with a couple of cool looking rides, including a chair swing. No way was NYWF or TINA going to beat that.

Anyway enough about kids and chair swings. There were millions of kids in Knights Ville that weekend, and I'm sure more than enough of them got to have a go on the rides and check out some of the festivals as well.

Dose One and Sole (ANTICON)

Okay, so this was the only event I made it to. I'm not going to make any excuses; we all have our reasons. It was like this: I got there on Friday arvo, they were on at 6pm, and so I went. Dose One and Sole, the program claimed, would be giving a hip-hop writing workshop, displaying all the lyrical genius they set in motion as part of the ANTICON gang.

So I was expecting a fair bit of action, not least from the back section. So too was the crowd, mostly earnest-looking spectacled types gathered in a ring of chairs around the stage, clutching their old-school TAA travel bags, probably a few whack lyrics stashed away in there too. This was going to be a workshop after all! Nothing could have been further from the truth, or more misleading, not to put too fine a point on it. These guys were in Newcastle to rock our world.

That's right, the pure poetic stuff. Scribbled on serviettes, in dilapidated notebooks, artfully crumpled pieces of paper, train tickets. Dose One and Sole were (to use a worn-out phrase) the real deal. I was impressed. Fifteen minutes into their tag-team, call and response recitals, and we'd almost forgotten to clap. They talked about un-learning the craft of poetry and then demonstrated the results, climbing word-ladders, proferring lyrical snakes.

It wasn't until they launched into the rapid-fire scattergun rap style set pieces (which I'm sure were what everyone was there for, really) that I realised what these guys were doing: they were performing the workshop for us. I don't know about you, but I'm terrified of workshops, because of the expectation that you'll have to get up and do something. Not this one. By the end, I was aching to pick up the mike, though there wasn't one. I wanted to refill their water jug, even though Sole (or was it Dose One) kept spilling the contents of his glass, due to the action of some kind of nervous tick. I wanted to rush out and steal serviettes from the nearest cafeteria.

Anyway, enough about hip hop. They also performed that night at the Hunna on Hunna, as part of a massive bill of local and international acts … but I'm sure you knew that already, because you were there too, and I was sitting right next to you as you described it, into your dictaphone, to your best mate, on the mobile, walking down the street, across the beer-soaked table, in Newcastle, in the year 2001, our collective youth fading fast like that old, polluted sun sinking in the west.

This entry was posted in FEATURES and tagged David Prater, festivals, newcastle, NYWF. Bookmark the permalink.