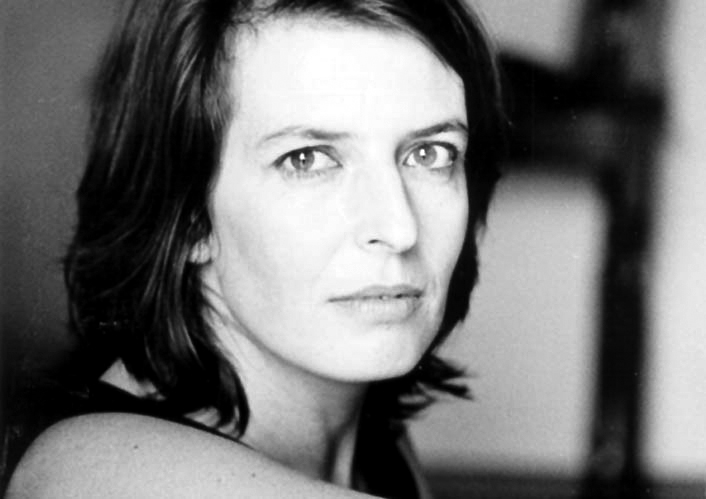 Alison Croggon was the 2000 Australia Council writer in residence at Cambridge University. Her work takes on a variety of forms including poetry, prose and texts for theatre.

Kate Middleton: The work of yours that I first encountered was your poetry, and you have recently been referred to by Jane Sullivan in The Age as one of the foremost poets of your generation, yet you have worked in so many different forms – do you consider poetry to be your primary output?

KM: How does working in such a wide variety of forms affect your work: your poetry informs your other work – does it then fall back?

AC: Yes. The connection with theatre was a kind of accident in my life. My sister's an actor, I've always known people in the theatre, my husband, Daniel Keene, is a playwright, and ever since I was young I've had this connection with theatre that has felt kind of fated. I never wanted to be an actor, and I never really thought about writing for theatre, actually. The first thing that happened was becoming a theatre critic for the Bulletin, and that was a freak chance. I mean it wasn't anything I sought. And The Burrow, which was actually my first commission, was not something I sought either. When things happened like that it was like fate was coming along and pointing a finger, and saying 'You are going to be involved in the theatre.' And I've always been grateful for that, because I like theatre – it's an art form that I both love and hate, and it has been really important for my poetry, I think.

KM: Now, The Burrow was your first opera libretto, written for Michael Smetanin – how was it that you came to be involved in that project?

AC: It was one of those complicated links. A couple of years before then, I knew Darryl Buckley (the artistic director of Elision New Music Ensemble) slightly, and I was putting out a poster magazine called Modern Writing with Antoni Jach, which had graphics and poetry and prose. We put out one which had a whole lot of erotic poetry by me and Daniel Keene and Jacinta Le Plastrier, and Darryl had it on his toilet door. Michael was staying there and read this, and said ‘This is what I'm looking for for a song cycle I'm doing.’ So he used those poems subsequently for the cycle Skinless Kiss of Angels, and then Michael and I started talking, and we wanted to write an opera together. The Burrow wasn't actually the first opera we wanted to do – we wanted to do another thing based on Novel with Cocaine by M Ageyev, which is this interesting Russian novella that was printed in the 1930s in France, but that actually didn't happen. And then Lyndon Terracini came along with the idea of basing something on Kafka's story, which was something he'd been obsessed with for ages and ages.

KM: Since then, you've subsequently written libretti for two further operas, Gauguin and Missing in Action – where did they come from?

AC: Gauguin – again, that came from Lyndon. He gave me this horrible book called The Moon and Sixpence, by W Somerset Maugham, which I thoroughly hated, but it was a fictionalised account of Gauguin, and that led me on to reading about Gauguin, and reading his writings, which subsequently resulted in the libretto. And Missing in Action was the most difficult so far, it really has been so hard to do, mostly because it's based on something that didn't happen. A lot of Australian history is about things that didn't happen. There's very few things in European Australian history that are about things that did happen – there's the Eureka Stockade, and what else? The Gold Rush … so this is about a civil war that didn't happen, when a militia was formed in Victoria which had about 100,000 members, a very interesting story. I wrote so many drafts, which were just awful, all documentary stuff. But in the course of my reading I read a whole lot of oral texts, accounts of the Depression. So it's sort of about that, about the dilemma of returned World War I servicemen just before the second World War, who were very displaced people: the poor and the powerless, who are always betrayed here, who still are betrayed here. So it follows one of these people, but there are three stories running through it. Anyway, we'll see if it works. I think it's alright now, but it was a complete nightmare for about three years to make something of.

KM: May Sarton has said: 'In the novel or the journey you get the journey. In a poem you get the arrival.' Do you consciously make a decision that a subject you would like to write on will become a poem/fiction/play, or is the form part of your conception of the piece, does it arrive already knowing it must be a poem / fiction / play?

AC: That is a tricky question. I usually start whatever it is with … I mean, of course form is crucial to everything else. There's this novel that I've started, which is a long term thing I want to write, a very beastly, intricate, anarchic text that's based on the story of Lope de Aguirre, who's a sixteenth century Spanish I don't know, traitor, vagabond, murderer, I don't know how to describe him. He's often described as an explorer, because he sailed from one end of the South American continent to the other. But the story of how he did that is an incredible tale of murder, and intrigue, and so on, and so forth. It's fascinated me for quite a while. I initially encountered it because I was going to write an opera about it for Chamber Made Opera, years and years and years ago. That came to nothing, but the idea just sat there, and now I've started this novel. It takes a lot out of me to write that. First of all I thought I might do a long narrative poem, like Hans Magnus Enzenberger's Sinking of the Titanic. But it is just too big, and sprawling, and it wants to be written in prose, not poetry, so that's what I'm doing.

KM: Reading your work, it's evident that you've read widely. Ccan you name any particular influences in your writing?

AC: It is very hard to, you know, because you think of six, and then another dozen, and then – I suppose that a really important early influence was Eliot, when I was about fourteen, and I read all those poems – and William Blake is another early one, who's persisted. I just thought, that's it, I want to write like that! Broadly speaking, poets who I find very exciting are modernists like Basil Bunting, and David Jones, and Hugh MacDiarmid, and St John Perse, and Ezra Pound. All those writers who have something- this ambition, this vision. It's the failures of their ambitions as well that I find intriguing. Lorca, Apollinaire, Paz, Rimbaud … more recently, poets like J H Prynne and Trevor Joyce and Alice Notley … you can go on forever. The beauty of the work is what stirs me, I suppose.

KM: You've also worked as an editor, on Voices and Masthead. How has that experience affected the way you look at your own work?

AC: I think it seems more like a natural kind of development. I have a critical mind. Something I was saying to Daniel the other night – I'm actually a hugely intuitive artist, and where I work from is intuitions. I've worked really hard over the last fifteen years trying to bring an intellectual understanding to those intuitions, to bring these impulses together, and part of that is the critical understanding, which has been really very interesting and very difficult. I just have that bent. I like building theories, these kind of scaffoldings, which I might then kick over. Because they're always changing, and I'm always changing my mind. And editing is an aspect of that. It's kind of fun – and hard work.


More by Kate Middleton on Cordite Poetry Review →
Alison Croggon writes in many genres, including poetry, criticism, theatre and prose. She is Melbourne theatre critic for the national daily newspaper, The Australian, and keeps a blog of theatre criticism, Theatre Notes. In 2009, she was named Geraldine Pascall Critic of the Year. Her poetry has been published widely in anthologies and magazines in Australia and overseas. Her most recent poetry publication is Theatre (Salt Publishing 2008). Her first book of poems, This is the Stone, won the 1991 Anne Elder and Dame Mary Gilmore Prizes.