When the British landed in Australia
they asked an aborigine,
“What’s that thing leaping up and down?”
The native replied,
“I don’t know,
Kangaroo, I don’t understand you.”

Ah, how much grander not knowing is
than knowing.

KO UN, ‘Kangaroo’
first published in Song of Tomorrow (1992)
translation by Clare You and Richard Silberg

When the call for submissions to Oz-Ko, Cordite’s thirty-fifth issue went out last November, it included the following ‘instructions’ for potential contributors: “For this issue, while the overarching aim is Australia-Korea relations, we instead seek works on any theme. Although works that take Korean themes as their inspiration will of course be considered, the focus is on attracting engaging, innovative, translatable and contemporary works, no matter their ostensible subject(s).”

The number and quality of submissions we received was both encouraging and problematic: encouraging, because the hundreds of poems submitted showed a pleasantly surprising knowledge of Korean culture; problematic, because we’d originally planned to publish just forty poems in the issue, leaving us with some tough choices. In the end, we decided to publish an additional twenty poems; and thus, Cordite 35.0: Oz-Ko (Envoy) was born!

I should emphasise right away that referring to this issue as an ‘Envoy’ does not lessen its importance in comparison to what is to come. On the contrary, the twenty poems collected here hopefully perform a very important role, in terms of setting the stage for what will be our biggest issue ever, and our most challenging. In addition to the poems published today, in May we’ll be publishing forty poems by twenty contemporary Korean poets in both English and Hangul. These poems have been selected and translated by Korean scholar Eun-gwi Chung, with assistance from Hui-Sok Yoo and An Sonjae. We’re tremendously excited to have an opportunity to present these works to an Australian audience. I’d also like to apologise for the delay in presenting these works, but can assure you that the wait will be worth it.

The third and final stage of our Oz-Ko issue (scheduled for release in May-June) will feature forty poems by twenty Australian poets in both English and Hangul. As far as we’re aware, this is a world first, although I’m hesitant to make too much of a song and dance about it. The acknowledgement of a language such as Hangul in Australian literature could arguably be viewed as long overdue; and while we’ve published a number of poems in various languages on the Cordite site over the years, it’s somewhat embarrassing and perhaps inappropriate to be making lofty claims about our inclusivity on this basis.

I do not personally claim to be an expert on either Korea or Australia, and am therefore slightly nervous that Oz-Ko will be seen as an attempt to summarise the literature of two vastly different but equally complex and fascinating cultures. Perhaps, just as in the story of the word ‘kangaroo’ in the Ko Un poem quoted above, the words ‘Australia’ and ‘Korea’ are already understood or heard in radically different ways. Perhaps by presenting a bi-lingual issue we’re attempting to talk to everyone, while reaching nobody. To be perfectly honest, I myself have entertained similar doubts upon the publication of each of the last thirty five issues of Cordite. What’s so different this time around? 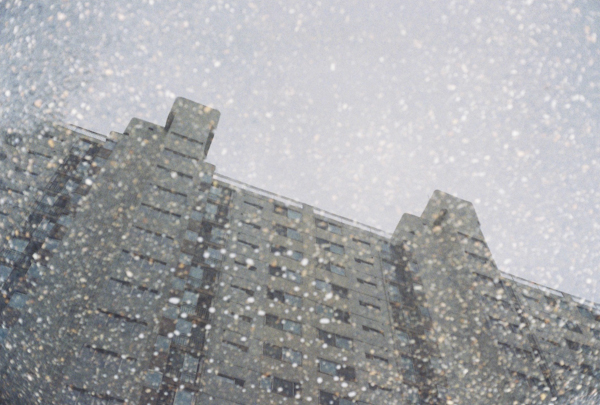 Maybe one answer to that question lies in the fact that unlike previous issues of Cordite, we’ll be publishing this issue in stages, making it more difficult to make an immediate ‘impact’, whatever that might entail. Then again, the ability to stagger posts, embellish themes and change tack is one of the great advantages of publishing in a web medium. Maybe I’m just nervous that we’ll have trouble posting Korean texts on the Cordite site. Having already made a couple of test posts, it’s become clear that some readers (particularly those using older versions of Internet Explorer) might be greeted by rows and rows of strange symbols or square boxes, rather than by beautifully composed lines of hangul. In fact, this is one of my worst recurring nightmares!

Then again, the possibility that some of these texts will not be able to be read by everyone is hardly earth-shattering or unique. Indeed, it’s a symptom of the transient nature of electronic texts in general, and the fragility of coded texts in particular. I suspect we’ll have much more to say about these kinds of challenges as the issue progresses. In this sense, it is kind of appropriate that this first stage of Oz-Ko is referred to as an ‘Envoy’: these twenty poems are like tiny agents sent out into the crowded world of the Internet, an advance party preparing the way for what is to come, not all of which will be understood by the machines it encounters.

Each of the poems in Cordite 35.0: Oz-Ko (Envoy) has been chosen because it illuminates some aspect of Australian culture, or else because it expresses some kind of engagement with Korean culture. Together they make rather strange bedfellows, and sometimes a poem’s connection to the issue may seem rather obscured, but would life be nearly as fun if the meaning of everything was immediately apparent? Rather than spoil that fun, I’ll refrain from editorialising further for the moment, and simply trust that you enjoy reading them.

In addition to this first batch of poems, today we’ve also published an essay by Dan Disney on the subject of Ko Un’s Maninbo. This is the first of a series of features that we’ll be publishing each week in order to achieve a kind of “rolling thunder” effect in the lead-up to the second and third stages of the issue. Over the coming weeks you can look forward to a review of Kim Hyesoon‘s classic Mommy Must be a Fountain of Feathers, along with a book of poems by her translator; a feature on contemporary Korean poetry in English; a photo essay by Jackson Eaton (whose images will also be sprinkled throughout the issue); essays on drinking and teaching in Korea, respectively, and plenty more.

Shortly we’ll also be making an announcement about our forthcoming poet’s tour of Korea, and the subsequent tour by Korean poets to Australia, both of which have been made possible by a range of funders and partners. Stay tuned for further announcements as they say in the classics, but while on the subject, I’d especially like to thank Dan Disney, Nicolas Low, Eun-gwi Jeung and An Sonjae for the often superhuman efforts they have made to ensure that Oz-Ko in its multi-faceted becomes a reality.

This entry was posted in ESSAYS and tagged David Prater, Ozko Features. Bookmark the permalink.