Narrative and Poetry: What Happened Next? 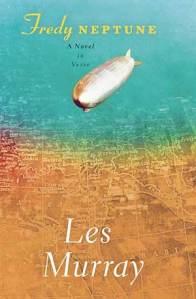 In narratology, the narratee is the imagined person whom the narrator is assumed to be addressing in a particular narrative. Narrative poetry belongs to the class of poems, including ballads, epics, and verse romances, that tell stories. (Dramatic and lyric poetry have their own genre boxes.) One of the meanings of narrative that for many seems to have been carried into poetry is 'the spoken or written account of connected events in order of happening'. Although 'story' in the everyday sense is any narrative or tale recounting a series of events, in modern narratology it refers more to the sequence of imagined events that we as readers reconstruct from the actual arrangements of a narrative (or dramatic) plot.

Narratology has been used to denote the branch of literary studies devoted to the analysis of narratives, forms of narration and varieties of narrator. As a modern theory it's associated mainly with European structuralism.

Epic-novel-like in scope and sweep, full of 'bit players', its division into eight line stanzas, five to a page seemingly as much for manageability and convenience as anything else, Les Murray's 265-page Fredy Neptune opens deceptively casually:

Though by line three we have the narrator's family name, we are not told who the narratee is. The narratee is a notional figure within the 'space' of the text itself, and is thus not to be confused with the real reader or with the implied reader (who is addressed by the implied author at a separate 'level') or so the theory goes. Narratees are often hard to identify clearly, since they're not usually described or characterized explicitly. Murray's narrator, the imagined voice transmitting the opening lines, could be describing photos, but where is the imagined narratee within the text? Who is this intimate voice talking to? (At later points in the plot, the narrator is talking to characters within the text.)

Simpler to dump narratology theory? Accept the illusion that the narrator's voice (and behind him, the implied author's?) is talking directly out of the text to YOU the reader? No? Then imagine Murray has devised an ingenious way of introducing past time, some images, downhomey-toned, that both characterize the narrator and suggest/as by a few effective sketch strokes/ a pre-plot 'story'?; one more image, the 'sweater' itself a narrative 'hook' – 'Here's me riding bareback in the sweater | I wore to sea first.' And the 'adventure' is away, (like a pigeon, with reader as hawk in pursuit!) the 'I' at sea, having landed a job on a German freighter, in Messina, at a time when a man could choose between working on a sailing ship or a steamship.

An indicator of how fast this plot's action moves is that by line 22 (one line past the middle of the first page!) the reader's been cued to realise the narrator's in the middle of World War One

Already one has passed beyond thinking about who, at the start, the narrator was talking to… To recall … the narrator could be casually pointing out snaps in an album, 'there I am …'; some questions: is the narrator sharing images from one part of his mind's 'memory wall' with another part of him that's a spectator (and might've forgotten?)… does the notional narrator seem to be talking to an omniscient, though perhaps suffering short-term memory-loss, imagined ever present 'God'? Having just read the book's dedication page: 'To the glory of God', can a novice or beginner reader of Fredy Neptune be forgiven for wondering if 'God' is the narrator's confidant? If so, the wonder is fleeting, the text's speed is likely to dissipate that thought – and many others too. As with a novel, one may be pulled forward by the 'what happens next?' of narrative poetry, or verse novels, and yet dislike where one is taken by what is evoked by the language. In the following quote, Murray writes adverse reaction to the plot into his narrator, which also conveys the imagined narrator's ability, when need be, to 'see' in poetic and filmic images:

One gets, I think, from the above quote, a fair sample of Murray's verse novel technique at work, (though not I think of the way the plot is crammed with incidents, nor of the way it continues to speed…) His skill with verb choice and tense is consummate.

Dorothy Hewett in the May 1999 issue of Australian Book Review, after having reviewed Jordie Albiston's The Hanging of Jean Lee [see Karen Attard's review in this issue – Ed], which is written in tight, short poems, some titled impersonally like section headings that divide tabloids, but which follows a trajectory-of-life narrative line, concluded: 'Why is it then that I am left so dissatisfied with the verse novel in general and why this fascination with a particular genre, apparently growing in popularity?' It's a shrewd question aimed at poetry readers. She continues: 'Is it an attempt to bridge the gap between prose and poetry, to create a new popular audience? Maybe it works well for those who are willing to accept poetry only as an off-shoot to narrative, but inevitably it seems to me this strong narrative drive must eventually dictate the style.'

Though a long narrative poem can seem like an ill-fated cavalry charge of language pounding towards some ending (resolution?), (how glad we are as readers when it gets there), it doesn't have to, nor does it always. Poets thrive on thinking of writerly ways to subvert or undermine conventions; by hitching verse to novel – a literary genre that acknowledges no obligatory structure, style, or subject matter, that disregards the constraints given to other literary forms – there are opportunities for poets to work in new ways to mix and mess with genres, even to cross between, say, a lyric and a 'language', poem in the same work.

A poet with a political statement to make, say, about language, might wish to draw readers' attention to it by allowing language to become the story.

A poet with a political statement to make about his/her poetics might wish to draw readers' attention to the indeterminacy of language, say, by allowing language to be seen to become overdetermined, hence indeterminable, though rich with possible associations.

Are poets rebelling against the lyric 'I'? If so, have some aspects of post-structuralism helped in the disenchantment? Might a poet with a penchant for narrative be drawn to the challenges and difficulties of the hybrid form as an adventure? If you ask twenty currently practising poets this question and get twenty different answers, you might suspect that there are no hard and fast rules.

Who is mixing and blurring structuralism's rigorously analytical genres? Who is past even thinking about them?

If you say, (tentatively) 'in a prose poem the language may be poetic without being dramatic', you might be thinking of David Brooks' recent The Dead, where, it seems to me the tone is calm, meditative, inquiring, the language evokes changes of light, movements of people, weather, changes of scene, the 'I' is bleached of certain qualities in a way that seems deliberate. (When the implied narrator's voice changes from first person singular to first person plural, the tone remains unchanged.) In The Dead, drama seems inappropriate, as does a sense of dramatic timing. Description is important. The passage of time is suggested by descriptions of changes, but in a way that seems suspended from historical-time, dreamlike, perhaps aleatory.

The pull the writing exerts on a reader is not the same as the pull of a verse novel or narrative poem. A reader's curiosity is cool, is there a plot, where will these language threads wind to? Intellect is involved, emotions less so. One enjoys the flow of Brooks' language without feeling one is being yanked to some closure (not that all verse novels or narrative poems necessarily do this, any more than all lyrics do). The Dead in affect is unlike a meditative narrative poem (cf. in previous centuries, narrative meditative lyrics like Coleridge's 'Frost at Midnight', and Wordsworth's 'Tintern Abbey'). Because of the sound, I'd probably want to call The Dead poetic prose. Its the ideas, images, and various other indefinables that make it poetic. A reader for this text might be someone who appreciates its careful indeterminacy, and is moved by its beauty.

Very different in its way, and not at all beautiful – it wouldn't seem appropriate to its processes, is Alistair Stewart's Frankston 281, (reviewed by Phil Norton in Cordite #5). Norton describes Frankston 281 as a poem sequence; it is short poems, some of which are narratives, collaged around 'brutal murders of apparently randomly chosen young women' (Norton). The language is mostly 'no frills'; what's interesting is the imagined conception, that the pieces are presented 'randomly', and that there are many implied narrators.

A reader of Frankston 281 might decide from the text the implied author was not interested in giving his invented voices the emotionality of lyrics. How Stewart writes the reactions of the different sections of the imagined community to the threat of a murderer at large has some affinity with the formal realism attributed to the 10th century novel in which an illusion's created of 'everyday life' (problems of people in unremarkable circumstances) and there's care to evoke physical setting and complexities of social interaction. But Frankston 281 is a poem sequence – a disrupted narrative that problematizes the notion of the narratee so that the reader is very much aware that the narratee is not necessarily the real reader. One of the demands the work makes is that the reader has to imagine the inferred audience for different sections of the text. It's very open.

This entry was posted in ESSAYS and tagged JS Harry, les murray, narrative. Bookmark the permalink.
J S Harry is a critically acclaimed and awarded poet. Her first collection, Dear Under the Skin, was published in 1971. Her collection Not Finding Wittgenstein came out in 2007 and won The Age Book of the Year. It was published in Britain by Bloodaxe (2012). Her most recent work, PublicPrivate, was published by Vagabond Press (2013).