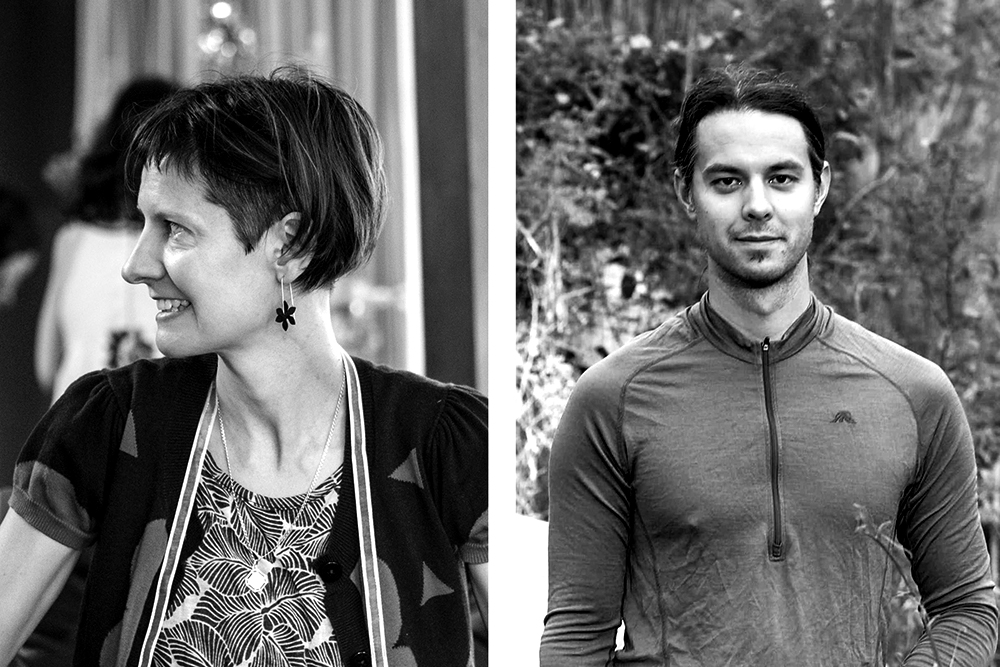 Images courtesy of the editors

When we chose to edit an issue of Cordite Poetry Review around the theme of ‘Land’, it was with an interest in the inherent openness of the word. Similarly, we came without a strong affiliation to any particular poetics, though of course our own aesthetic, moral and intellectual predispositions followed us. The process of reading through the many submissions was exploratory and open-minded.

But to be clear: we chose the theme foremost out of our love of the natural world around us and a concern for its care. We also chose to forego the most immediate artistic association with land – landscape – a term which narrows the field to a particular set of practices, histories and perspectives. Broad as those practices may be, we doubt, for instance that compost bins might have found a place among them (James Lucas, ‘Karma Bin’).

Instead, land is prosaic, almost concrete, like a smooth stone you can hold in your palm and which might sink quickly to the bottom of a river when cast. It is visceral in a way that landscape, as an abstraction or interpretation of land, is not. Land is something that can be owned – and taken. It is political – think of indigenous land rights and Lock the Gate – and at the same time a place that occupies time and memory; the land where I grew up, my homeland.

These many aspects of land permeate the poems we have selected. For example, the immanence of central Australia’s semi-arid desert-scape glows in Michael Giacometti’s haiku-like series ‘Some portraits of country’: ‘The watermark of a ghost / gum hangs in the mist / where a hill might grow’. Shona Hawkes’s poem ‘lost’ offers an uneasy merging of indigenous connections to land with contemporary urban infrastructure: ‘you walk by the stadium built on a marngrook ground / and the freeway that follows the songlines.’

And then there is the active verbal sense of land: to land a punch, a fish or even a space capsule, as in Isabella Mead’s ‘Final hours, Sputnik 2’, a poem whose poignancy requires some familiarity with its backstory to be appreciated: ‘You travelled in a bullet until the heat / spiked your blood and panic curdled lungs.’

This issue naturally features poems from Australia but, pleasingly, many other countries too – from Pakistan to Poland. This international perspective is critical, given the role that language and culture plays in shaping reality. The manner in which language shapes and constrains the idea of land and the natural world is particularly evident among the Rarámuri, an indigenous group in Mexico. They have a worldview that ‘does not … separate ontological spaces beyond and between the human and nonhuman worlds. We feel that we are directly related to everything around us. The trees are us; we are the trees. I am rain; rain is me.’1

Explicit here is an argument against the dualism and appropriation that seem embedded in western (and many other cultures’) perspectives of land. In his essay ‘The Trouble with Wilderness’, William Cronon argues that our concept of wilderness, even among well-intended environmental campaigners, rests on the notion that we live outside of nature, that wilderness is only defined by the absence of human touch.

Instead, Cronon advocates our constant connection to nature – from backyard gardens and local parks, through to wilderness areas like the Blue Mountains where indigenous Australians subtly shaped and lived off its natural rhythms for millennia. Cronon believes we can find ‘a common middle ground in which all of these things, from the city to the wilderness, can somehow be encompassed in the word ‘home.’ Home… is the place for which we take responsibility, the place we try to sustain.’2

In poetic terms, this understanding of nature and land invites a resistance to closed meanings: the poem that does not reach a neatly fenced ending. Instead, we preferred works that opened onto the domain of the potential, either through their linguistic playfulness or ambiguous emotional and intellectual fields.

For example, Bella Li’s sequence ‘Circles’ re-interprets Dante’s vision of hell in a disjointed yet earthly framework, a pastiche of literary cut-ups supported by her clichéd landscape photograph collages. Here is a poem that causes us to question the surface-level appearance of the world around us, where psychological unrest lies beneath observations of the everyday. Meanwhile, Ella Jeffery’s poem ‘genius loci’ juxtaposes the spiritual power of nature with its more banal manifestations:

Many of the poems that appealed to us were those where the lived (or imagined) experience of land was embedded within the poem or poet, ‘the self as field of experience’ as Jill Magi puts it3. In Francesa Sasnaitis’s ‘unstable edge’, land and memory merge, mediated by a photograph and, now, a poem too: ‘Look, there you are – / a red dot floating / in the middle of the blue // in defiance of land’.

So land is not simply a question of nature, but hybridity. Such hybridity is perhaps most explicit in the context of urban land – and no doubt most of the poets featured in this issue are city dwellers. Here our understanding of what constitutes the natural world can be transposed onto what has been termed the third landscape: the interstitial spaces of our cities.

That concern often translates into the realm of the political, as in Lachlan McKenzie’s playful prose poem ‘Endless Summer, 2017’ which merges ecology, culture and (urban) land: ‘I bleached my hair in solidarity with the reef but ended up reflecting the political climate.’

These self-consciously urbane poems tended towards a more explicit syntactic and symbolic disruption. It is means to both entertain us but also cause pause to consider what is hidden in our daily lives – the de facto exploitation, for instance, which takes place out of sight, out of mind in Nicholas Powell’s ‘Flat Pamphlet Chat’:

When all was revealed – submissions were reviewed anonymously – we were delighted to realise how few of the names we recognised. This issue is comprised of established but also many new voices (new, at least, to us). We hope that they provide an opening onto new perspectives for readers as well.

This entry was posted in ESSAYS and tagged James Stuart, Jane Gibian, William Cronon. Bookmark the permalink.
Jane Gibian is a poet and librarian whose latest collection is Beneath the Tree Line (Giramondo, 2021). In 2020 she was awarded the Varuna Poetry Flagship Fellowship. Her work has been anthologised most recently in Contemporary Australian Poetry (Puncher and Wattman) and Contemporary Australian Feminist Poetry (Hunter).