The Land as Breath: Can Poetic Forms Be Metaphors for Landscapes? 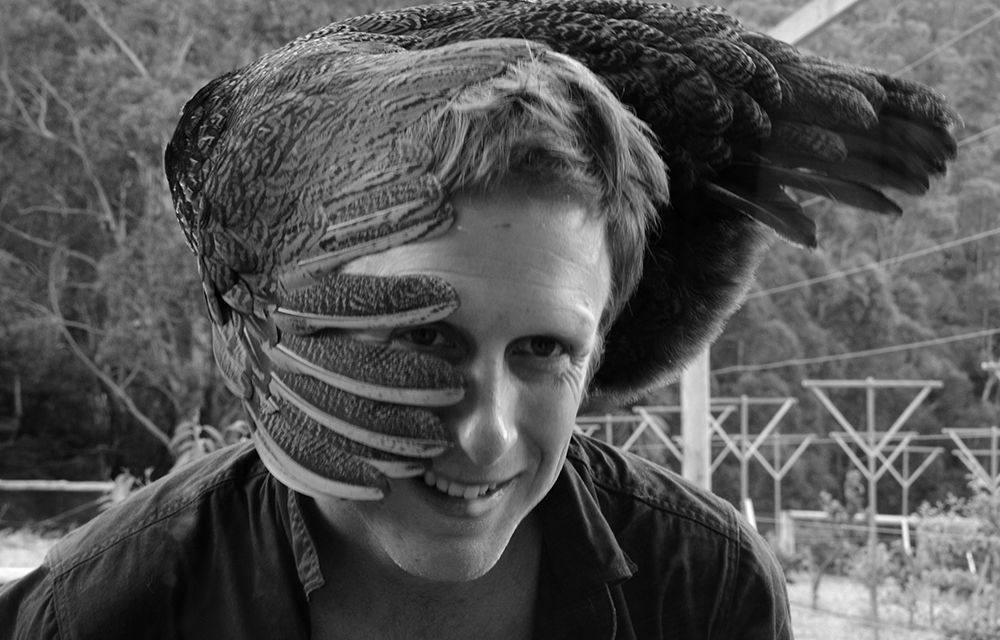 Image courtesy of the author.

We are standing in the midst of a football field doubled in size and then doubled again; a great, flat oval of water covered by streaks of green sedge that strike up from the surface like spindly grass. It’s a wetland, but one that has spent the last few years of drought as land; this year, the heavy winter rains that have filled the island’s hydro dams have tipped this landscape into living water.

Still, it’s only knee-deep, even in the middle. There’s liberation in paddling about; as though the land, hiding in the shallows, is still holding on to something of the terrain. When bushwalking, there can be a certain reluctance to get your boots drenched early on a track. Many are the feeble attempts I’ve made to postpone their transition from dry to wet; skirting swamps and rock-hopping creeks, as though I were still roaming through the domains of concrete and the city. But on many trips it’s inevitable, especially in Tasmania, where the land and water often overlap. And there is freedom in taking a first plunge, as though a whole new landscape has been wakened to walking; like an open moorland where any direction of travel is possible and permitted.

This particular inundation is in aid of project for Tasmanian Land Conservancy at a reserve near the Freycinet Peninsula. The artist Richard Wastell and I have wandered into the middle of the wetland, inspecting old shooters’ hides and swan nests; both of them abandoned, as though each side has given up and gone home. We take notes and photographs. Every now and then one of us will call to the other from thirty metres across the water. This is all an approach I’ve found conducive to poetry; giving close attention to the natural world and letting the landscape trigger images that flick through my head.

In the past, I’ve resisted being labelled as a ‘nature’ poet, but I confess that it’s the wilderness that gets my brain leaping. This was certainly true of the wetlands. In an extract from Sedgeland Nation, I write:

Until recently, this tendency had also been true of my fiction. The judges’ report for Overland‘s 2016 VU Short Story Prize describes my prose as ‘dense, almost overgrown in places, in a way that disorients the reader.’ Such a phrase could be employed of much of my island’s wilderness.

But even as I’ve pursued the natural world for a number of poetry projects, my fiction has largely abandoned the Tasmanian landscape. This could just be boredom, or a function of spending less time in the bush. With the absence of fresh and invigorating spurs, I’ve been drawn to tedious repetition; the same images recycled from memory, canonical scenes of buttongrass plains and the prickles of south-west scrub. This loop feeds back into literary boredom and the search for new ideas that aren’t beholden to landscape.

At the same time, my stories have become a lot less dense.

This could be for many reasons; exhaustion, or an evolution in style. But has my retreat from the bush contributed to smoothing out my prose?

The question of how land shapes text transcends simple content; a jungle and a Subantarctic island will provoke different perspectives on flora. In his short essay, ‘The Influence of Landscape upon the Poet,’ T S Eliot notes that his ‘poetry, like that of other poets, shows traces of every environment in which I have lived.’ Robert McFarlane, in The Old Ways, argues that walking in the natural world enables different ‘ways of feeling, being and knowing,’ while Sara Maitland’s fascinating book Gossip from the Forest outlines – at times persuasively – how the landscapes of Europe shaped traditional fairy tales in a way that deserts would never have done. But we need to venture beyond this into broader questions of form, style, voice and approach. How much does the land ‘speak’ such characteristics into existence?

I find the suggestion that it does, in any comprehensive sense, both attractive and dubious. It resembles a myth that I would like to be true, and suspect may even be legitimate in certain contexts or respects, but which I still fear might have little in the way of calculable substance to it. Are the metaphors that a landscape conjures prescriptive, having genuine influences on the shape of a text, or are they simply ornamental ways of reflecting on place? I find myself returning to two analyses that shape my thinking on these issues.

One is from the Tasmanian poet and environmental thinker Pete Hay. In a conversation with Richard Flanagan more than twenty years ago, published in Famous Reporter, Hay argued:

I’m increasingly thinking that to write Tasmania is to write an anti-Australian literature. There are good reasons for that. The Australian landscape icons for example, the bare brown land and wide open plains of Dorothea Mackellar, they are irrelevant to me. New Zealand poetry speaks to me more than does Australian poetry, because I share the same sort of landscape icons, the plunging, uneven landscape that I’m accustomed to in Tasmania, the forests and ravines and canyons and mountains. That landscape seems to generate a poetry with a lot more passion than the desiccated dry-as-dust understated poetry that mainland Australia generates. So I keep looking across the Tasman for poetic inspiration.

In Hay’s fine recent collection, Physick, the presence of Tasmania is transparent – and his poetics do appear distinct from those of many mainland poets – but it is not so easy to parse the influences of landscape, history, local vernacular and worldwide literary traditions on his voice. In the superb ‘Sound to the World,’ best experienced read by Hay, we can imagine the character Gentle Annie’s sentences finding their extension in the undulating landscape where she lives:

Hay includes many distinctive voices, some of them derived from interviews and oral histories, but the book is balanced with poems typical of his own assertive, questioning voice. In ‘The Wave: Drift and Echo,’ he writes:

Landscape is present here as content; but how are we to understand its influence on form?

Pages: 1 2
This entry was posted in ESSAYS and tagged Ben Walter, Nicolas Rothwell, Pete Hay. Bookmark the permalink.
Ben Walter is a Tasmanian writer of lyrical fiction and poetry. He has been widely published in Australian journals, including Meanjin, Overland, Griffith Review, Southerly and The Lifted Brow, and was the winner of the 2016 John Shaw Neilson Poetry Prize. His debut novel manuscript won the people’s choice component of the 2017 Tasmanian Premier’s Literary Prizes.