CREATURELY: In Praise of New Poetry from Aotearoa 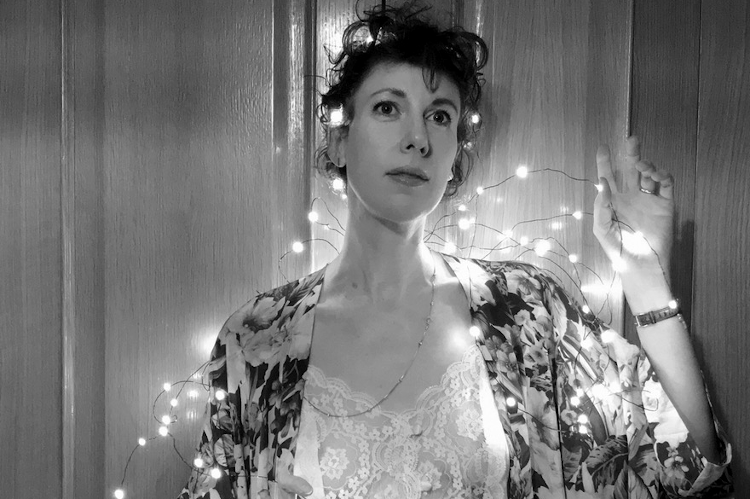 We are living in uncanny, uncertain, and uneven times. It is difficult not to feel undone by it all. I began writing this piece in January of 2020, when it was still feasible to make plans. Now, I am finishing it off in August in Madrid and the days are sluggish and friable. The bricolage bunting that neighbours fashioned from dishcloths during the 70-day lockdown still flutters in the brick shade of apartment buildings. It’s a gesture of celebration, colour, and movement in a summer prohibited from the fiestas del barrio that used to make the heat bearable. I first visited Madrid in August. I drank coca-cola mixed with red wine and ice in a one-litre cup called a mini and got sweaty (sweatier) dancing to cumbia outside a tiny bar that was mounting its own street party. A genial water fight was going down in Plaza Nelson Mandela. An eight-year-old kid ran up and asked, politely, if he could spray me with his water gun. I said yes.

What is life for? Could it be true that ‘the force that through the green fuse drives the flower’ has no point, no end-point, no outcome, no result, no purpose, except to live? To be alive. The most hopeful thing that a pandemic or a recession or a climate collapse can tell us is that we are animals. We need to feel. We need to be aroused from the trance of our automatic participation in the machine. Reading the most arousing new poetry books to come out of New Zealand last year felt, to me, like being consensually blasted with a water gun by a child on an intolerably hot day. I don’t know that I can pin the rōpū of poets I survey below to a trend or a movement, although definitions have been floating around. Is this ‘The New Sincerity’? Is this ‘Maximalism’? Some of the poetry is unrestrained, it’s true, with shocks of lustiness and grotesquerie. Some, though, has a refined candidness that is pinned to the page by sexy craft. All of it carries out a deep inquiry that is felt and expressed bodily, and for this reason, if pressed to give my own definition of this tendency in Aotearoa poetry, I’d call it ‘Creaturely.’ These poems are strange. They have claws. They think. They are hot-blooded.

Prize-winning fiction writer Tracey Slaughter’s first collection of poetry is difficult to read and impossible to put down. Slaughter has long been the queen of brown-and-orange kitsch suburban atmosphere, and the longish poem ‘it was the ’70s when me & Karen Carpenter hung out’ is a menacing set piece. Remember macramé?

Slaughter renders with unbearable accuracy the weird conflation of childishness and adult pretension that is adolescence. The speaker and her best mate KC

Narratives of love and failure, the posturing of the teenage years, and the threat of God, all of this is rendered in an unwavering consistency of tone. The fiction writer is present, but the narrative is in fragments, built through taut lists of imagery. Sex want and damage are nailed through every poem. Language is sticky and sharp. Nouns strong-armed into being verbs (‘Slats / of shadow groove / our vanishing’; ‘Currents eel / the light into / muscled canals’) jump off the ends of the lines and stick in the throat. Furious, unholy enjambment slayed me. By the book’s end, I felt exhausted and alive.

Essa may ranapiri’s book ransack performs a visceral preoccupation with biology, its limits and spectrums. Fingers are dug in and they come out bloody. There are moments in the book when poems wrestle with rhetorical agenda. The prose-poem ‘the nonbinary individual’ is a manifesto addressed to those who live comfortably in either wing of the gender binary. The longish poem ‘Con-ception’ is a sensation. It charts the growth of a foetus as it takes shape in the womb with startlingly lumpy description: ‘it will suck and touch with these not-things’; ‘wet leather stretched to membrane over a light’; ‘a dress of flesh’. The poem accomplishes an estrangement, a de-familiarisation, of the body. It is, at the same time, a song of complex praise for an exhausted mother. At its best, ranapiri’s poetry is wounded and triumphant. They unstitch language til it wriggles and stains: ‘a bab/y stil/l born/n rattling i/n the mutton skie/s chubby in the loa/m’.

Pages: 1 2 3 4
This entry was posted in ESSAYS and tagged Amy Brown, Essa may ranapiri, Joan Fleming, Lynley Edmeades, Rebecca Hawkes, Sugar Magnolia Wilson, Tracey Slaughter. Bookmark the permalink.
Joan Fleming is the author of two collections of poetry, The Same as Yes and Failed Love Poems, both from Victoria University Press, and the pamphlets Two Dreams in Which Things Are Taken (Duets) and Some People’s Favourites (Desperate Literature). Recent nonfiction has been published in Meanjin, Westerley, and The Pantograph Punch. Her honours include the Biggs Poetry Prize, the Verge Prize for Poetry, and the Harri Jones Memorial Prize from the Hunter Writers Centre. She holds a PhD in ethnopoetics from Monash University, and has recently completed a dystopian verse novel exploring ritual and the limits of language in the ruins of ecological collapse.