‘We Are all Rejects’: Unsupported Writers and the New New Zealand Journal 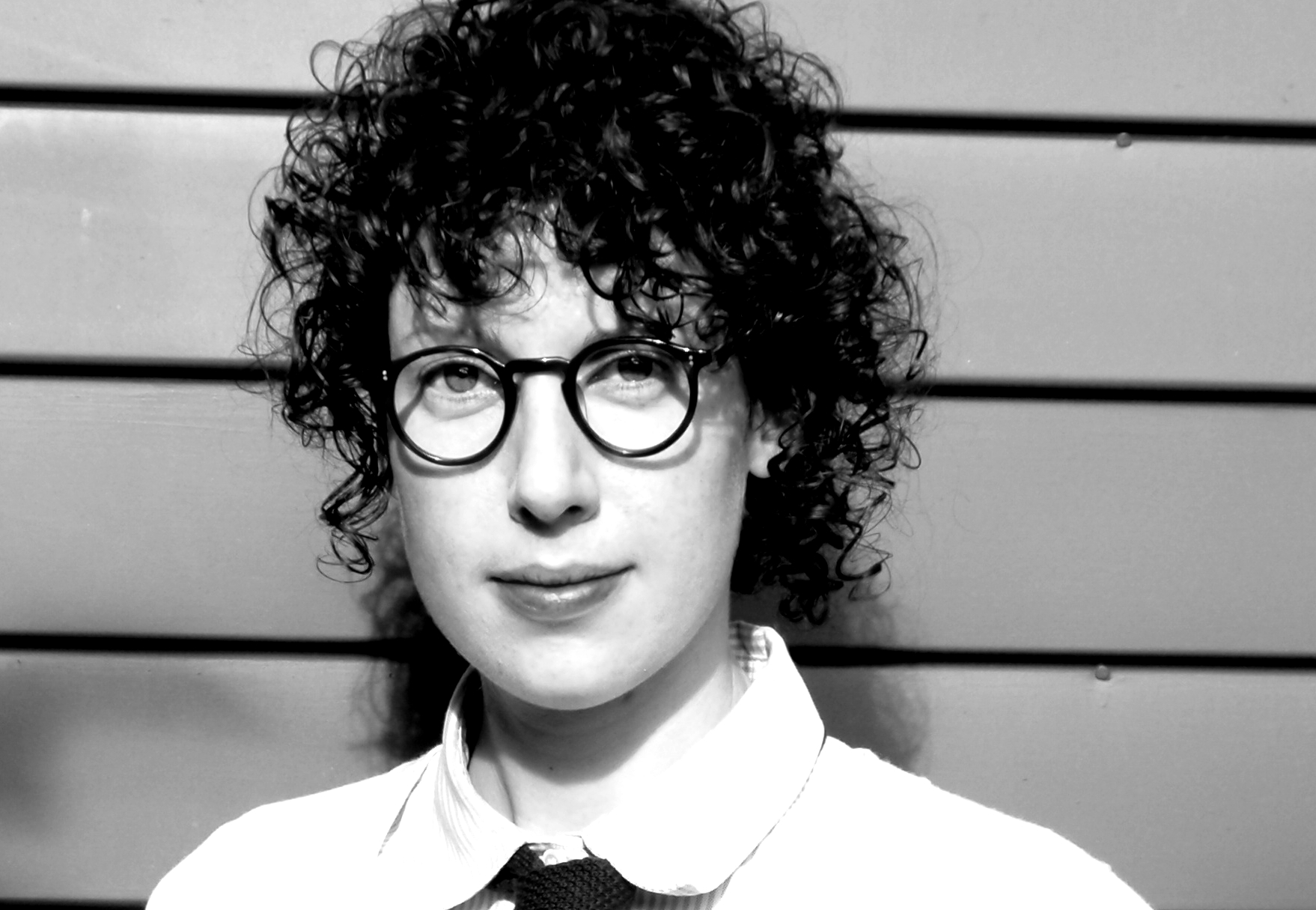 The declining level of support offered to poets and other writers in Aotearoa/New Zealand is a source of real distress and debate for those in the writing community. Lee Posna, in an essay published last year on the Pantograph Punch, writes from the position of a poet who feels himself unsupported, and really suffers because of it. For someone so passionately invested in and in love with poetry, the lack of institutional support – in the form of publication, grants, residencies and the like – registers as an ‘injustice’, as ‘cultural capital bankruptcy’, even if his relationship with the aesthetic preferences and the politics of such institutions is, as he hints, an ambivalent one.

The institutions meant to uphold NZ literature are drooping on their piles. In some cases they have collapsed altogether. In a brave recent commentary piece called ‘Abandon Normal Instruments: A Call for Change in New Zealand Literary Arts’, Kirsten McDougall calls our ‘stagnating’ literary culture ‘a worn discarded toy that many people have forgotten how to play with.’ Here are some of the casualties: the New Zealand Book Awards and the BNZ Literary Awards have both recently lost their sponsorship. The Book Awards scheduled for 2015 did not take place at all. The prestigious Katherine Mansfield Menton Fellowship is fighting to secure funding, and its stipend has been cut. The future of the Berlin Writers’ Residency is under review. The National Schools Writing Festival, for promising high-school age writers, is on hiatus. Creative New Zealand writing grants have declined from what they were ten years ago by almost half. Always competitive, and rightfully so, these grants now feel impossible to get for many talented, committed writers with publishing track records who tick all the boxes (and there are a lot of boxes to tick). Arts coverage and literature reviews in major newspapers and magazines have been in decline for years, and feel like they are at an all-time low. The Listener, which has always held an important place in the NZ cultural conversation, is publishing fewer reviews of poetry and featuring less NZ literature in general, since arts editor (and arts champion) Guy Somerset left. Opaque form letters were recently posted indiscriminately to anyone who had ever written a review or a poem for the magazine. These letters – legal mumbo-jumbo – required a submission to the new media giant owner’s terms of payment and intellectual property in order to be considered a ‘preferred supplier’. Even the word ‘supplier’ rankles: not a ‘contributor’, not a ‘writer’, but a supplier of content, same as a supplier of advertising revenue or a supplier of loo rolls for the office bathrooms. Mine was badly addressed: ‘Dear FLEMING, JOAN’. Like many writers I know, I filed it in the bin.

All of this is simultaneous with an unprecedented number of poets writing and publishing poetry. In his introduction to this year’s Best New Zealand Poems, emeritus professor Vincent O’Sullivan quipped that ‘there are now more publishing poets in New Zealand than there are commissioned officers in our armed forces.’ BNZP is one of the taste-making journals regularly under fire (at least, in private conversations among mostly younger practising poets) for not including diverse enough voices. While O’Sullivan expresses discomfort with the label ‘best’, he also says, ‘we are always reading towards the elitism of our own taste, whether or not we quite put it like that.’ Writers in the community took issue with O’Sullivan’s apparent comfort with this ‘taste elitism’. The argument goes: it is not enough to acknowledge that you like what you like. You must interrogate the personal choices that you make, as (an elder pakeha/white male) editor, in shaping a publication that broadcasts the ‘best’ (the latest? the most exciting?) in NZ poetry to the rest of the world. BNZP 2014 is almost totally composed of pakeha establishment voices – of which I myself am probably one, being pakeha, middle-class, a graduate of Bill Manhire’s famous creative writing school, and a recipient of a now rare-as-hens-teeth Creative New Zealand writing grant. Is O’Sullivan really the ogre at the gate, keeping the truly best and most innovative voices away? Or is it more about what he represents? When Auckland University Press’s controversial Anthology of New Zealand Literature came out in 2013, O’Sullivan patently refused to be included, for ideological and pedagogical reasons. He is clearly a man of integrity and strong opinions, but one who still has the privilege to decline the invitation.

In poetry, the stakes are high. It is not just our poems that are being judged. It is our worth. The debates over inclusion and exclusion are not new – they happen wherever editors make choices – but the intense squeeze on arts funding is. This is the context, the overcast cultural situation, that is clouding the field for writers who feel slighted or rejected by the literary ‘gated community’. It is too simple to conflate the fate of ‘unsupported’ artists such as Posna with the decline of these traditional support structures – after all, divergent voices are often excluded from the cultural taste-making power of such institutions, even in sunnier times. However, it is a worry that so many exciting emerging writers in New Zealand are coming in to their own in a cultural environment that seems not to value literature as it once did. A Creative New Zealand review of literature funding from March of this year, which sought feedback in order to work out how best to manage the available grant monies, suggested a range of potential avenues of ‘capability-building’ – opaque language that some interpreted as things like seminars and mentoring and social media training. But most writers do not want to go to seminars and training. We want to be supported to stay home, and read, and write. (I must mention that a CNZ grant, happily, enabled this transtasman issue of Cordite Poetry Review to pay its contributors! As did a grant for Overland’s NZ issue. Cross-pollination is definitely important – but so is support on the home ground.) An unprecedented result of this review is the move to support more independent publishing projects, as well as ‘the innovative and cost-effective use of digital technologies to create high quality New Zealand work.’ This is fantastic if it means that editors creating new online journals, like Minarets and Sweet Mammalian, can secure some support to offset the time they sink into these passion projects. But it is questionable whether writers and editors need, say, social media training or other kinds of mentoring to create and promote new work. They are already doing it beautifully. The Janus-faced pleasures of Facebook and Twitter take up enough of our time, and is not every hour spent on Facebook (at least the hours in which we pay attention, not just mindlessly scrolling the news feed) an hour spent in a classroom of sorts?

Pages: 1 2 3
This entry was posted in ESSAYS and tagged Anne Kennedy, Eleanor Catton, Joan Fleming, Pip Adam, Sugar Magnolia Wilson, Vincent O'Sullivan. Bookmark the permalink.
Joan Fleming is the author of two collections of poetry, The Same as Yes and Failed Love Poems, both from Victoria University Press, and the pamphlets Two Dreams in Which Things Are Taken (Duets) and Some People’s Favourites (Desperate Literature). Recent nonfiction has been published in Meanjin, Westerley, and The Pantograph Punch. Her honours include the Biggs Poetry Prize, the Verge Prize for Poetry, and the Harri Jones Memorial Prize from the Hunter Writers Centre. She holds a PhD in ethnopoetics from Monash University, and has recently completed a dystopian verse novel exploring ritual and the limits of language in the ruins of ecological collapse.