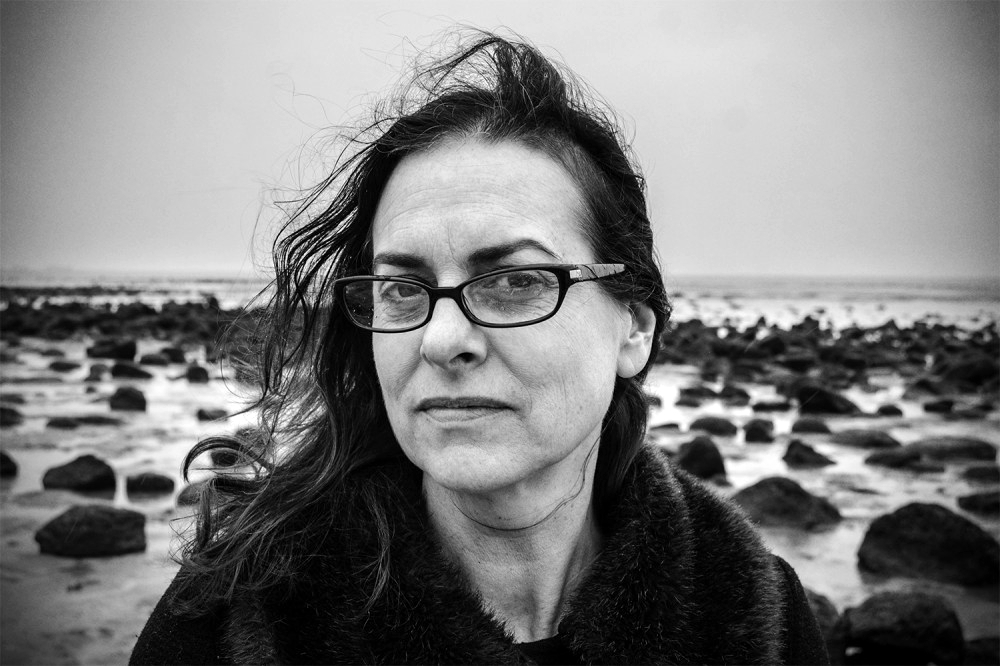 Dr. Jordie Albiston is one of Australia’s premiere contemporary poets. She is the recipient of numerous literary prizes, and the author of nine collections of poetry, three of which are documentary in nature.

I first met Albiston in a taxicab in Wellington in November of 2014. When she learned that ‘Fleming’s pool’ near her home in Altona is named after my direct ancestors, she said, ‘All right, no more conversation now. I need to think about that.’ Jordie is a solitary and self-contained poet. She has vowed to give no more public readings, so her reading at the launch of Euclid’s Dog was a luminous and generous surprise.

Euclid’s Dog is a book driven by formal concerns. It is inspired by the elegance and logic of pure maths. Its patterns are musical, highly considered, both light and heavy, and subtly autobiographical. This interview digs into the love affair between mathematics and poetry, the questions one might ask Emily Dickinson, how to be a bad mother to one’s own poems, and the deep joys of bell ringing. Albiston has refused to answer some questions, as is her right.

Joan Fleming: You’ve said you’d like poetry and mathematics to be a larger part of the Australian conversation – why?

Jordie Albiston: The poetry/mathematics relationship has always been, and will always be: articulated, or not. Mathematics is intrinsically connected to poetry. Whether it is the five units of the tanka, the six repetends of the sestina, the fourteen lines of the sonnet, or the less visible computations of a free form poem, all poetic structure possesses a mathematical basis to a larger or lesser degree. I don’t think anyone would disagree with that. However, this relationship – as a living, contended colloquy – seems to enjoy greater transparency and rigour in places like France, Denmark, Canada, America and New Zealand than here at home in Australia. I would love to see mathematics play a more interrogative role in the Australian poetry conversation because of its potential for producing unexpected and beautiful results.

JF: What are the intersections and agitations between these worlds that compel you?

JA: I enjoy writing within restrictive form – syllabic, metered, rhymed, or structured according to verse, music or number theory – and this approach seems to work well with the kind of feeling that arrives before the sun, which is when I tend to write. Not all my poems survive the constraints I apply, but I am a firm believer that for every rule imposed, there exists a window of opportunity; and it is this awkward place – between content and form, liberty and law – that absorbs me. My belief in the rudiments that make go a poem’s inward and outward design, and the effect of such rudiments on the generation of a poem is key. I am preoccupied by unity, counterpoint and conflict, and the extent to which I can bend language without breaking it. For me, this has always been the centre of origin for a poem.

Over the last few years I have become interested in the application of solid mathematical formulae to poetic language, and the shiver or thrill that may be released at the interface between these two codes. I particularly like working with Euclidean concepts, for their innate clarity, soundness and harmonious proportions: ideal for corralling chaotic content! Algorithmic structures are perfect for poetry. There is nothing too complicated here: it is simply a matter of relationships and shapes. The forms I have been working on often surprise me with their foreignness and their acquaintance, and consistently provide me with a fresh set of perspectives. I feel mathematics – as pure science, as the language of nature – offers a goldmine of architectural possibility that is productive and filled with joy. I might also add that sometimes a poem cannot bear too much outward pressure, and it folds up and dies before my eyes …

JF: Euclid’s dog is driven by formal experimentation. The eight forms you have invented for the book are described as ‘stable, just, and have as their unifying principle order.’ I’m a person who has no head whatsoever for mathematics, but I’m intrigued by this language – what is meant by ‘just’? Can mathematics be moral?

JA: The concept of morality is alien to mathematics. You cannot pretend or deceive or bribe your path to a correct mathematical solution: there is only right or wrong: true or false. However, the notion of justness may perhaps be applied more elastically to poetry. At the apex of ‘false’ is plagiarism: at the base, form without purpose. I have always seen a poem as a problem that needs to be solved, and I love how the word ‘problem’ houses the word ‘poem’ within itself. For poetry – as opposed to mathematics – there may be numerous possible final solutions. As a formalist, I like a sense of resolution in terms of matter and frame. I suppose that equates to form with function. If a poem is divided into tercets or whatever for nothing more than visual pleasure, I feel it has failed. Many of my poems fail in this way. But if the form creates a sense of kinetic energy that is naturally (or disruptively, even violently) figured with its content, that, I feel, is a ‘just’ poem.

JF: Yes, I see this frisson in the book: between the rightness of mathematics, and the ambiguity of language. Or, between the possible and the impossible. This is a tension I’m also driven by. Your opening poem is a fine case in point, as it proceeds like a logic proposition: it opens with ‘if’ and with ‘possibility,’ and all the steps are laid out with care, and then at the last, the reader is jolted back to the impossible.

JA: Interesting that you point out the first poem, as it is taken directly from Euclid’s Elements. All I have really done is redact the original according to the hexahedral form (put simply: the first line of each quatrain somehow mirroring the last line of the preceding quatrain; and the whole composed in decasyllables). This poem is one of six found (or partly found) poems in Euclid’s dog. It and the final piece – a square pyramid poem – are the purest of these found poems, taken from Proposition 7, Book 1 and Proposition 35, Book 7 respectively. And so they are actual propositions! I wanted the collection to be bookended in a manner that openly paid tribute to Euclid.

JF: Do you find the work of being a writer and producing books a sort of bathetic experience? What I mean is – I know some writers always burn a copy of every new book, to pay homage to the book in their imagination, the book they wanted to write, but couldn’t – it’s sort of a recognition of the breach between what they wished they could write, and what they did write. Do you grieve the fall from perfectly boundless formal and poetic possibility, to actual poems?

JA: Not at all. If there is a fall, it is an upward fall. That is my perception. I love the physical sensation of the exact moment a poem becomes, that feeling like the c-l-i-c-k of a Porsche door … Having said that, I lose interest quite quickly once a poem has completed itself, and move on to something else. The only poem I truly believe in is the poem I am working on now, and that poem I would defend to the end. Then, of course, once it is solved, I pretty much abandon it to its fate. I am a bad mother that way.

JF: Did Euclid have a dog?

JA: I don’t know if Euclid had a dog. Euclid – as man, as supposed author of Elements – inhabits an historical twilight zone, similar to Jeremiah and The Book of Lamentations. Was there only one author, or a conglomerate? If one author, do we have his correct name? Only two facts are known about Euclid: that he lived after Plato and before Archimedes; and that he worked in Alexandria at some point. Euclid’s Elements is one of a number of Classical Greek treatises by the same title (for example, Elements by Hippocrates). Euclid was known as ‘The Geometer’ in ancient times, and there was a school dedicated to his achievements, not only in mathematics and geometry, but astronomy, optics, and music. But did he have a dog? Who knows. In my book, the term ‘dog’ is used in two ways. The first is (sort of) literal: my dog Jack, who was a quite odd dog with a particularly exact take on life (see pp. 74-77). The second is more metaphorical: me, as poet, doggedly chasing Euclid’s theorems for usable crumbs of truth …

Pages: 1 2
This entry was posted in INTERVIEWS and tagged Emily Dickinson, Euclid, Joan Fleming, Jordie Albiston. Bookmark the permalink.
Joan Fleming is the author of two collections of poetry, The Same as Yes and Failed Love Poems, both from Victoria University Press, and the pamphlets Two Dreams in Which Things Are Taken (Duets) and Some People’s Favourites (Desperate Literature). Recent nonfiction has been published in Meanjin, Westerley, and The Pantograph Punch. Her honours include the Biggs Poetry Prize, the Verge Prize for Poetry, and the Harri Jones Memorial Prize from the Hunter Writers Centre. She holds a PhD in ethnopoetics from Monash University, and has recently completed a dystopian verse novel exploring ritual and the limits of language in the ruins of ecological collapse.