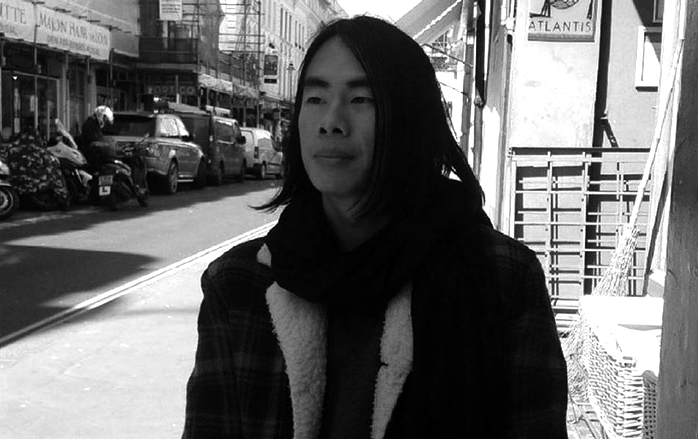 Exactly one year ago, foxes appeared in the forests and towns around here for the first time. In muscular structures, trauma or damage to the fibres is the very condition of growth. The body responds to damage by overcompensating, replacing the damaged tissue and adding more. A line, a scar, a something on paper.

You thought you’d scream, but you didn’t. You just stared. You just stared like an idiot. The freshest and newest memory appears first, and last of all comes the memory with which the series began. The deeper you go the more difficult it becomes to recognise the emerging memories, til near the centre you come upon memories you can’t recognise at all, even as you reproduce them by running your hands over them.

By the time you reached him, he was already disappearing. You asked him about his life. The place where he grew up. What he had for dinner. Your nephew’s birthday party where he’d taken the photos. You wanted to know how much of him was still there. What he could remember. At times it felt only like the shell of an interaction. Like he knew the parts, and could still play them, but not what they meant. Like he could remember where to put each piece, but not why.

He seemed afraid to say or do the wrong thing. He talked about walks he had taken. He talked about glaciers, the advancement of ice and how you could tell how far a glacier had moved. He talked about walking, but not dwelling. You talked about dinosaurs, and how some of them turned into birds, flying above the massive clouds of ash. Then he was tired and wanted to sleep. Foxes arrived softly around him. He did not notice them.

Writing attempts to draw a straight line through the world and each of the entities within it, a line that ideally would stretch from an origin, through a centre, and finally to a terminal point. But it is never clear where something begins or ends. There is a hole at the centre of the earth. The more one digs inside something, the more one is led outside of it. The world, and each entity within it, is a blur of ongoing interactions, traces of past interactions, and potentials for and constraints on future interactions.

Exactly one year ago, foxes began to appear in the forests and towns around here. People believed that foxes could possess them, entering under fingernails and through nipples. Exactly one year ago, people began to notice the cities in the sky, seemingly made of glass. Drifting, swaying, turning slowly on some pivot whose placement was a mystery. It is believed that the glass cities have been up there as long as we have been down here. People have been wearing fox masks, hoping it would confuse the foxes.

You sit down at the table. You fill a bowl with water. You take off your fox mask. You eat the red and white fruit. The spirit of a tree begins to move. When it speaks, you can see through the window of its mouth, as it flies up to the sun. In your mind, you try to hold a door open for the disappearing man, as though an immense pressure threatens to enclose him for good.

In our simplest model of the world, there is an answer to every question. There is a reason for every event. Something that happened before causes something that happens after. Things can always be explained, and, ideally, anticipated and controlled. You reassemble yourself. Reassemble your walls, defences, your mental models that govern the things you experience. You return to the old house inside your mind.

You tell yourself: I won’t feel a thing.

This town no longer exists on any map. When you asked others what they saw a year ago, you were told many different things. A flash or flashes of light above the ridge. Green eyes floating amongst the darkness of trees. Faces that came crashing down like mountains of salt. Shadows that refused to fade from the sidewalk. A smell like hot metal, or mineral.

The disappearing man was telling you about a walk he’d taken once. He was telling you about a glacier, and how to tell how far it had moved. You believe that his memory was somehow becoming melded with the earth’s. And that the earth itself was a kind of museum, a form of an organic memory, an archive, a resistance against the eventual dissolution of bodies that could, for a time, stay coherent, solid, and that held together as one.

Every stone, every event, every person is a momentary interaction of forces, a process that for a brief moment manages to keep its shape, to hold itself in equilibrium for a finite duration before being lost to the air. The desire to model or write of the world as a thing and as a collection of things is a dream of being beyond finitude. To be able to capture anything and hold it outside of its network of relations is a dream of immortality, and stasis.

It was believed that the many people who disappeared were taken by the foxes, turned into glass, and flown to the city above. And so, others would say, so-and-so has gone to the city of glass, where they will be outside of time, and free from pain and violence. What the real conditions are for the persistence of the glass city you do not know. Whether simply some ghostly echo of the world, or an architecture that exploits it to exhaustion.

A year ago, you felt a prickling on your neck, the brush of eyes on you. Soon enough you identified the source, hanging back, shadowlike, padding on soft paws.

You knew it was happening when it was happening but couldn’t do a single thing about it. Some things are so big it’s hard to believe that they are real, and that they are happening to you and others around you. It was always easier to blame the foxes, and to say and write things that were easy to say and write, and to change things that were easy to change. And then to get angry when none of those things really changed anything.

Then one fox stops to stare at you, and you know it as one that had shown up beside the disappearing man. And you remember then, what he told you, about how to tell how far a glacier has moved, by comparing, over time, the positions of debris stuck in the glacier with the surrounding boulders, which didn’t move.

This entry was posted in ESSAYS and tagged Gregory Kan. Bookmark the permalink.
Gregory Kan is.