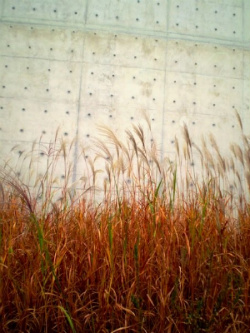 If you’d told me in April this year that we’d still be posting content from our Oz-Ko issue in November, I would have called you barking mad.

But that’s exactly what’s happened: what started out in 2009 as an idea for a straightforward issue devoted to new poetry from Australia and the Republic of Korea has now spawned three separate issues including one hundred and fifteen poems (of which over ninety are translations), almost two dozen features (including essays, articles, interviews and photo galleries) and two separate tours, to Korea and Australia, by a total of eight poets from both countries.

Excuse me while I take a moment to reflect on that.

As I stated in my original editorial for 35.0: Oz-Ko (Envoy), published in April and at a time when I thought the whole shebang would be over and done with by June, the poems “make rather strange bedfellows, and sometimes a poem’s connection to the issue may seem rather obscured, but would life be nearly as fun if the meaning of everything was immediately apparent?” I still hold to that assertion, and remember the thrill of excitement I experienced when reading the hundreds of submissions we received for the issue.

When I wrote my second editorial, I was in Seoul, together with the touring Australian poets, and we’d just received the translations that made 35.1: Oz-Ko (Hoju-Hanguk) such a special issue. Nevertheless, there were challenges, and more than a few tears of frustration. As I wrote, from my room at the Yeonhui Writers Village: “Publishing an issue of Cordite in English and Hangul has posed challenges we never thought we would come up against.” Despite these euphamistically-named challenges, I managed to write a poem for a third editorial using the titles of the sixty poems in issues 35.0 and 35.1.

Due to unavoidable delays, it wasn’t until August that 35.2: Oz-Ko (Hanguk-Hoju) appeared online but the wait was well worth it. As Eun-gwi Chung stated in her editorial for the issue, “When only twenty poets have been chosen from many hundreds, each reader will inevitably find a conspicuous presence of current Korean society, culture, and thinking.” I was personally blown away by Eun-gwi’s selections, and even today I’m still amazed that we managed to present such exciting and contemporary works in both Hangul and English on the site.

Of course, we then faced even further complications, the most immediate of which was the complete melt-down of our website in late August, an event which I would like to think was caused by an overwhelming number of site visitors. While this probably isn’t true, and is probably more closely related to the low quality of our previous hosting provider, the SNAFU brought home to me the unavoidable fragility of creative works in the online space.

Now, eight months and almost one hundred and fifty individual posts later, I can finally say that Cordite 35: Oz-Ko is complete. To celebrate, I’ve posted a kind of ‘envoi’ poem to close out the issue, composed using the (Hangul) titles from the works of the forty Korean poets featured on the site. I’m feeling a great sense of relief, as well as a kind of sadness. It’s not likely that we’ll produce such a large, complex and technically-challenging issue again, at least not in the foreseeable future. It’s also highly unlikely that the funding stars will align sufficiently for us to undertake another bi-lingual issue. Nevertheless, the results of this incredible collaboration will remain on the Cordite site as a testament to the wealth of poetic talent that exists in Australia and Korea, and I hope that readers from both countries will return again and again to the translations produced in the issue with the assistance of a variety of funding bodies. My thanks again to everyone who has worked to make this issue a reality.

And so now it is time for Cordite to move on, and to seek new challenges. Our next issue, Cordite 36: Electronica, will appear online on 1 December 2011, with Cordite 37: No Theme! scheduled for publication some time in the new year. I trust that our readers will enjoy these and future issues just as much as I have enjoyed being a part of their construction. Over the next ten days, as a prelude to the Electronica issue, we’ll be posting some spoken word tracks to get you ‘in the mood’. Stay (de-)tuned!

This entry was posted in ESSAYS and tagged editing, Korea, Ozko News, seoul. Bookmark the permalink.